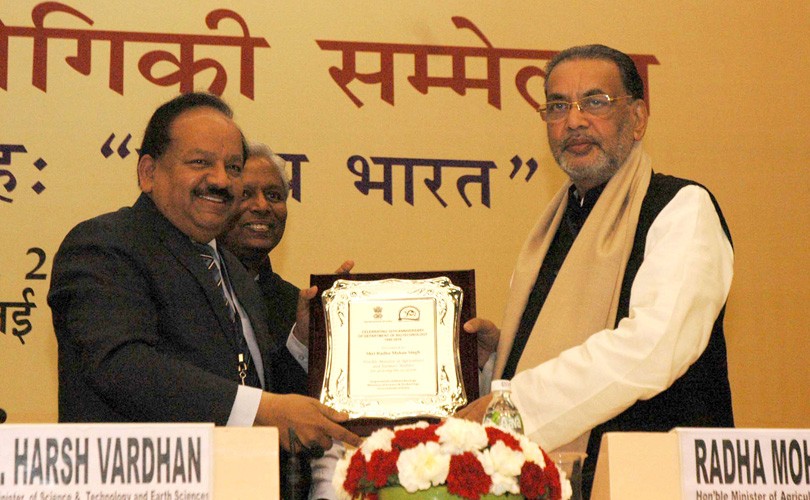 Many companies have shut down or downsized departments engaged in plant research using tools of genetic engineering because of uncertainty in obtaining approvals for field trials and commercial release of seeds, reports Vivian Fernandes.

In the third week of August, the agriculture ministry’s 90-day period for consultations on terms for  licensing of genetically-modified (GM) plant traits will come to an end.  On 18 May, the ministry issued a notification that virtually amounted to compulsory licensing of Bt cottonseed technology using the Essential Commodities Act. It disallowed patent holders from denying their technology to companies that had licenses and approvals under the Seeds Act and facilities for breeding and testing of GM traits. Trait fees could not exceed 10 percent of the maximum selling price of seeds and these tapered over time.  If there was a loss of efficacy, as is being alleged about the currently popular Bt cottonseed technology, trait fees would not be payable.

The notification was hailed by (Indian) seed companies who are franchisees of Mahyco-Monsanto Biotech, the licensor.  They said it was a blow for farmers because it capped trait fees. But they were unhappy with the ministry reducing the maximum selling price of Bt cottonseed to Rs 800 and had wanted an increase.  It was at their instance that the ministry had brought Bt cottonseed under price control nationally late last year.

The notification did not go well with companies engaged in seed research.  Davor Pisk, the Chief Operating Officer of the Swiss multinational Syngenta who was in India at that time said ‘these new rules would require us to rethink the level of resources and priority we put in the Indian market for biotech crops as compared to the other markets.’Syngenta has been acquired by a Chinese company mainly for its pipeline of genetically-enhanced seeds.

It would have marred the Prime Minister’s visit to the US in early June. Whether because of this or there was genuine rethink, the notification was converted into a consultation paper five days later.

The national seeds association which favours the seed franchisees wants the original notification to be reinstated. The association of biotech-led enterprises does not.  Which way the agriculture ministry swings will determine whether India will continue to attract investments in agri-biotechnology.

There are a few such companies but they are already losing patience. The German company, BASF, has closed down its rice improvement programme based on GM technology in Tamil Nadu. DuPont has told those engaged in agri-biotech research at its knowledge centre in Hyderabad to go.  The centre, which does research in other disciplines too, was the company’s sixth such facility when it was set up in 2008. Advanta, an Indian seeds company, with a presence in many countries, has also laid-off rice researchers. Both Mahyco India and Monsanto, which introduced India to Bt cottonseed, have cut staff.

Far from making in India, agri-biotech companies seem to be unmade here.

The government can pretend it is business as usual because companies do not like to admit they are culling positions.  They use euphemisms.  BASF calls it a global portfolio review.  Others attribute it to a slump in commodity prices. In an emailed statement, Ram Mudholkar, President, South Asia of DuPont acknowledged ‘eliminating some positions’ to make the company more efficient and competitive.

K K Narayanan, one of the founders of Metahelix Life Sciences said investors often asked why they should continue to pay for agri-biotechnology research when most states do not give approval for even field trials and no new GM crop has been approved for cultivation after Bt cotton in 2002.  The Tatas had acquired Metahelix in 2010 and Narayanan had remained as managing director under a contract till March this year.  He said there was a ‘need to have a foot in the door’ so that the company was ready when the door opened. Apart of the income from other streams like sale of (non-GM) hybrid seeds was diverted for the purpose.  Placing hope over experience, he said the technology can be delayed but not denied to farmers.

Perversely, regulatory hurdles are perpetuating the monopoly of incumbents because competitive technologies are not being permitted.  And market dominance is being used by regulators to justify restrictions.  The incumbents themselves are not easily allowed to introduce new traits in approved crops, or new crops with GM traits.

Metahelix could be a metaphor for agri-biotech companies in India. In 2007, it got approval for Bt cotton with a single insecticidal gene that was different from that of Mahyco-Mosanto’s.  But the market had moved to two-gene technology, which Metahelix developed subsequently but has been unable to test out in field trials.

It was allowed to do trials of Bt rice in 2009 in Andhra Pradesh, but the permission from the central regulators was for a single season. By the time the state got its act together, the permission had expired.  After 2010, the union environment ministry imposed onerous conditions.  By the time Metahelix got approval for open-ended trials, the state had bifurcated. Telangana is not receptive unlike undivided Andhra.

The company has also developed herbicide-tolerant (HT) maize.  This is necessary because labour costs are the most important item of agricultural cost, after fertiliser and manure, according to a national sample survey of 2012-13.  Manual weeding is not only expensive; labour is not available when most needed. Metahelix’s HT maize is at a nascent stage, but if the company saw chances of early commercialization it would have put more energy into getting it to that stage, says Narayanan.

The government’s dilatory attitude is also making it difficult to attract talent, says Narayanan.  Young researchers are confused whether to opt for agri-biotechnology, and if they have made the right choice.

Narayanan asserts that agri-biotechnology is important to double farmers’ incomes by 2022 along with access to markets and their ability to retain a larger share of the retail value.  It is a powerful tool to increase productivity, which has the twin effects of reducing cost per unit of produce and increasing income per acre.  More important, agri-biotechnology can stabilizes production. When farmers realize their crop will not be lost to pests, they will spend more on irrigation and fertilizer. This is how India’s cotton production increased manifold, though Bt is a protection gene and not a production-enhancing gene.

Fired by nationalistic fervour the agriculture ministry might not want to do good to western multinationals but it must ensure it does not harm its own.