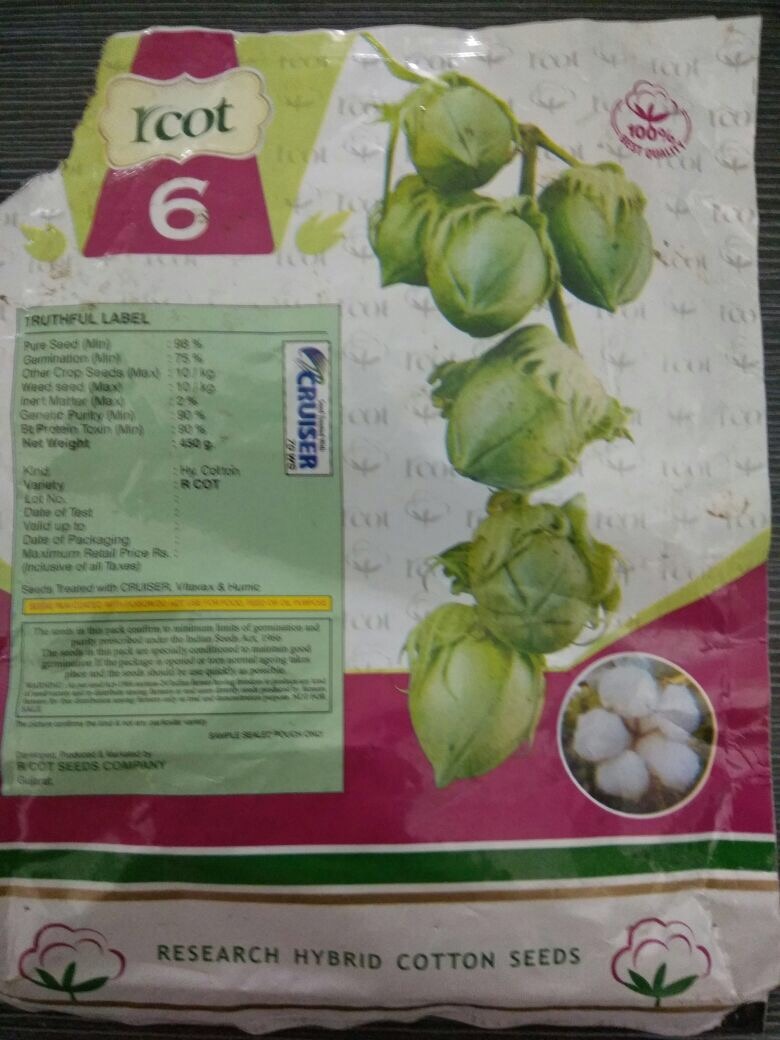 Andhra has set up a committee to investigate the practice and file criminal charges against those violating the Environment Protection Act. Maharashtra has told CICR to lead its investigators to the farmer who brought HT cottonseed samples for testing. GEAC says it has issued a press release on action that is being taken, but it has not been posted on the Press Information Bureau site so far. Overall, this episode shows all round governance failure and makes a mockery of the strict regulations that have been put in place for GM crops, reports Vivian Fernandes

The Andhra government’s flop and flip on extensive cultivation of unapproved genetically-modified (GM) herbicide-tolerant (HT) cotton seems to be symptomatic of complacency which has infected even regulatory bodies and research institutions.

In February, the Central Institute of Cotton Research (CICR), (Nagpur) had found six of nine cottonseed hybrids testing positive for herbicide tolerance. It did not bother to inform the state government until this month, and that too, only when Maharashtra’s Principal Secretary, Agriculture, Bijay Kumar, sought to known whether such a report in fact existed after he was alerted by media reports about extensive cultivation of HT cotton in Gujarat, Maharashtra, Andhra, Telangana and Karnataka.

CICR told the principal secretary that it had not itself collected the samples; a person claiming to be a farmer from Nagpur had brought the seeds to the institute for testing.

CICR said it was for state governments to do the testing at its laboratories but Kumar says the state’s laboratories are equipped to test for the insect-resistance Bt gene, which is an approved trait, but they do not have the capacity to test for herbicide tolerance.

It is unlikely that the state’s agriculture department and seed inspectors did not know that HT cotton was being illegally grown.

India has tough laws and regulations for approval of GM crops; they are required to meet strict bio-safety standards so there is little risk to humans, animals and the environment, but attitudes like that of CICR and the state agriculture departments allows a free play to rogue actors.

Even the Genetic Engineering Appraisal Committee (GEAC) turned a blind eye. It says it came to know only recently that unapproved HT cotton was being grown, but Monsanto, which owns the HT trait found in CICR’s samples, says it has been bringing the practice to the notice of GEAC since 2008 and most recently in August.

The Andhra government’s actions are quite curious. On 5 October, it set up a committee of three persons to study the “efficacy” of the unapproved HT trait, instead of investigating the practice, and punishing the violators. The committee was to give its report in 15 days. On 13 October, news agency Reuters reported the notification setting up the committee has been withdrawn. On 17 October, the state set up another three-person committee, comprising another set of members, to investigate the cultivation of the unapproved hybrids, and lodge criminal cases against violators under the environment protection law.

The notification says the 5 October committee was set up after “careful consideration.” It says the state had received a representation from farmers to allow seed companies with the right credentials to produce HT cottonseed, so they were assured of quality. In the representation, the farmers said the unapproved hybrids had been planted in half of the state’s cotton-growing villages and they covered 15 percent of its cotton area.

In neighbouring Telangana, T Keshavulu, Director, Telangana State Seed Certification Agency said, “I am hearing it is being grown here and there and in the entire country.”  But another official in the agriculture department, who did not wish to be named, said HT cotton was being sold by Gujarati traders in 500 gram and 1 kg white cloth bags and there was a rise in sale of glyphosate, the active ingredient in the herbicide to which the unapproved hybrids are tolerant.  The state’s laboratory which monitors transgenic crops had even found a brand of cottonseed called Kamadhenu testing positive for the herbicide-tolerance trait.

Kumar said he has asked CICR to put the state’s investigators in touch with the Nagpur farmer who had given it samples of HT cottonseed so he could lead them to the suppliers. He has also ordered the investigators to take samples of cotton leaf and  bolls. He has promised tough action.

Telangana’s agriculture department official said a scheduled meeting with seed companies to discuss cottonseed production plans, which is usually held in November has been advanced to October. The production plots of the seed companies will be tested, he said.

But the paste is out of the tube and there is no way to put it back. States will not be able to crack down on farmers. And the pirates will find ways to meet demand.

The government’s attitude to intellectual property rights (IPR) has been hostile to trait developers. Monsanto’s associate company, Mahyco, withdrew the application for approval of HT cotton in August last year fearing difficulty in enforcing its rights if the patented trait were approved . During a recent meeting with seed companies, GEAC Chairperson Amita Prasad asked Raju Barwale of Mahyco why the company had withdrawn its application. He said the business was not viable.  In May 2015, the central government had not only brought Bt cottonseed under price control nationally, it had also cut trait fees by 74 percent.