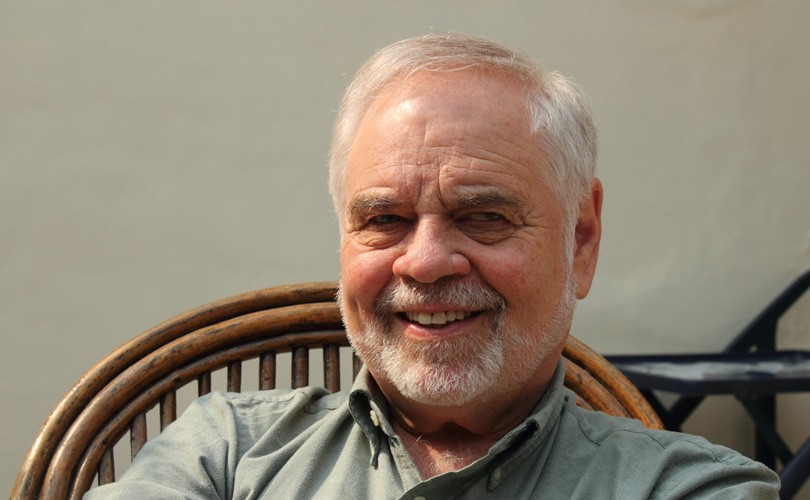 A report from Vivian Fernandes based on a paper in the Annual Review of Resource Economics.

Why was there political acceptance of Green Revolution technologies but genetic engineering (GE) of crop plants has run into opposition? In a paper─ The Political Economy of Biotechnology ─ Ron Herring of Cornell University and Robert Paarlberg of Harvard Kennedy School look for pushes and pulls in the material interests of advocates and opponents of these technologies. They also go beyond and seek reasons in political structures, social behaviour and public notions of acceptable risk.

Between 1966 and 1998, the authors find an 82 percent increase in crop area planted with modern varieties in Asia, including China. The Manila-based International Rice Research Institute released 70 improved varieties of rice. In all, about 8,000 high-yielding varieties of 11 crops were made available to farmers.

National governments, donor agencies and civil society groups supported the Green Revolution. The fear of population growth outpacing food production and causing mass starvation haunted them. That the varieties were developed by not-for-profit public research institutions ennobled the enterprise. There was an element of self-interest as well: western donor agencies sought to block the advance of Communism in poor countries by staving off hunger. The results were so gratifying that Norman Borlaug, the father of the Green Revolution, was awarded the Nobel Peace Prize in 1970.

But public disapproval of genetic engineering of crop plants, despite important science academies supporting the technology, is hard to comprehend. The Royal Society in London, the US, German and French science academies, the World Health Organisation, the Food and Agriculture Organization and the Organization for Economic Cooperation and Development (OECD) have declared there is no evidence of GE crops grown so far posing new risks to humans, animals or the environment.  The same public accepts drugs like insulin made with recombinant DNA technology. It discounts the risks thrown up during clinical trials. Its distrust of regulatory authorities charged with the approval of GE crops stands in contrast to its faith in medical regulators despite tragic errors: thalidomide approved for morning sickness caused birth defects in thousands of babies. What accounts for these differing standards?

In the case of recombinant DNA drugs, the authors say, the risks are voluntarily accepted. The drugs are individually prescribed and they are produced in confined conditions.  GE crop plants on the other hand are released in the open and exposure to them is involuntary.

The threat of mass hunger had also receded by the time the first GE crop was planted in 1996. In consequence, the World Bank and western countries scaled down agricultural aid to the poor countries. GE crops also do not touch consumers directly. The most popular – maize, soybean and cotton – are meant for animal feed or industrial use.  GE traits like insect resistance and herbicide tolerance reduce costs of production. Farmers, seed companies and innovators enjoy the gains; there is little trickle down to consumers. This is because cultivation costs make for about 15 percent of the price which consumers pay for food in the rich countries. The rest is accounted for by storage, transportation, processing, packaging and advertising.

Conventional technologies have also created abundance. Consumers in the rich countries do not need GE technology to add to the mountains of food. They have no purchase for Golden Rice enhanced by beta carotene (for vitamin A), because very few of them suffer from such nutritional deficiencies and if they do, they can obtain supplements from pharmacies.

Why do the US and Europe differ in their attitudes to GE crops? The authors say US farm lobbies supported the technology as maize and soybean─ the first crops with GE traits ─ were widely grown there.  Europe on the other hand had an incumbent agri-chemicals industry which felt threatened by GE traits that reduced pesticide use.  According to the authors, regulators in the US need not be overly cautious as class action suits can deter bad behaviour. European societies are less litigious; so regulators overcompensate by being precautionary.

Transnational environmental groups like Greenpeace have also been effective in stigmatizing GE crops as GMOs (genetically-modified organisms).  Though the EU had initially approved them, these groups organized street demonstrations in Europe when the first shipments of herbicide-tolerant soybeans arrived from the US in March 1996. They were helped by the loss of face the British government coincidentally suffered that month, when its assurance about the safety of beef infected with bovine spongiform encephalopathy or mad cow disease proved to be false. From requiring GM stuff to be labelled, to imposing an informal moratorium on cultivation of GE crops, to comprehensive regulation in 2004 requiring continuous record keeping to trace the presence of GE material in the market, EU regulations have got progressively stricter. Food companies in Europe reformulated their products to exclude GE material rather than comply with onerous regulations.

Environmental groups also got the United Nations Convention on Biodiversity or the Cartagena Protocol, which was finalised in 2000, to be modelled on the Basle convention on hazardous wastes. They ensured that GM seeds were not exported without being labelled. Exporters also have to obtain approval from a specially-designated bio-safety regulator in the importing countries.

The electoral process in many European countries gives veto power to groups opposed to GE technology. Groups like the Greens are able to get seats in Parliament, a presence in ruling coalitions and control of environment ministries which are entrusted with approval of GE crops for cultivation.

In the US, GE crops are not treated differently from their non-GE counterparts so long as they are alike, except for the foreign gene spliced into them.

This has international ramifications. Eight of the top 12 countries growing GE crops are in the American sphere of influence: US, Brazil, Argentina, Canada, Paraguay, Uruguay, Bolivia, and the Philippines.  Europe extends its caution through trade. Countries like Israel, for instance, do not grow GE crops. They wish to remain GMO free so that their food exports to Europe are not affected.

Environmentalists and private enterprise-hating leftists have also been able to paint GE technology as a conduit for corporate control of national agricultural systems. Unlike the Green Revolution, MNCs are at the forefront of agricultural biotechnology. The traits they patent are conflated with the patenting of seeds. Fears of terminator genes that render seeds sterile have also been stoked by those opposed to GE technology.

For these reasons, GE food crops are rare. The authors cite examples: GE wheat seeds were first field tested in the US in 1994, but in 2004 Monsanto decided not to market them because activists persuaded consumers they might not be safe. Biotech rice also met the same fate. GE potatoes were grown on 25,000 acres in the US and widely consumed between 1999 and 2001 but cultivation was voluntarily suspended following a smear campaign. GM tomato was commercially cultivated in the US between 1998 and 2002. It was stopped under consumer pressure. GE melons were tested but not planted commercially despite being capable of resisting a virus. The only GE foods currently grown in the US are Hawaiian papaya, summer squash and sweet corn on a small scale.

Outside the US, South Africa has allowed cultivation of GE white maize. Bangladesh has permitted Bt brinjal since 2015. Philippines has allowed GE yellow maize.  In India GE mustard is struggling for approval, even though Bt cotton is being grown in the country since 2002.

In the case of GE crops, opponents have constructed uncertainty as risk. Though there is no evidence of harm so far, future risk cannot be completely ruled out. Proving the absence of risk is impossible for science, the authors say.

Though area under GE crops has grown a hundred-fold since 1996, according to ISAAA, an advocacy, the potential of the technology has not been fully realized despite gains to farmers:  within a decade of South Africa allowing GE white maize to be planted in 2001, 72 percent of all white maize grown in that country was GM. in India, 90 percent of all cotton by 2014 was Bt hybrid. In Brazil, GE soybeans covered 83 percent of the crop area in 2011. In 2003, the Philippines allowed farmers to plant GE yellow maize; eight years later it had covered 64 percent of the crop area.

“Farmers in most developing countries will remain unable to use new varieties of GE food crops, or even the existing varieties, until consumers in rich countries change their minds about GMOs. Not for the first time in history, the tastes of the rich will drive welfare outcomes for the poor.”

(Ron Herring, one of the authors of the paper, photographed in Delhi by Vivian Fernandes)