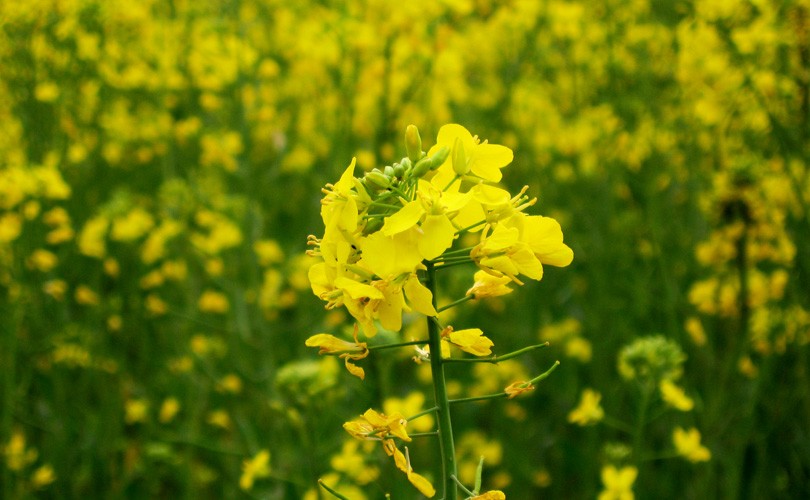 With genetically-engineered mustard reaching the last stage of the regulatory approval process, those against and for the technology are making hectic efforts to force their way . Anti-GM activists held a press conference in Delhi last week, where they alleged that at least three members of the sub-committee which prepared the bio-safety docket for public consultation should have no place in it. The South Asia Biotechnology Centre (SABC), has mounted a counter campaign in support of the genetically-engineered hybrid.

The anti camp says the sub-committee does not have a health expert. The chair of the committee is a ‘GM crop developer.’  K Veluthambi, who is also the co-chair of the Genetic Engineering Appraisal Committee (GEAC), has genetically engineered rice for disease resistance. For them, that is a disqualification.

The charge against B Sesikaran, a member of the sub-committee is that he is on the board of an international professional body which also has agri-biotech MNCs as members. The accusation against S R Rao, Adviser in the Department of Biotechnology, is that he is on the Golden Rice Humanitarian Board funded by Syngenta. (According to the International Rice Research Institute (IRRI), Syngenta scientists improved upon Golden Rice developed in 1999 by two scientists and produced a better variety with higher levels of beta carotene (and Vitamin A). Syngenta has arranged royalty-free access to patents and intellectual property held by several biotechnology companies for key technologies used in Golden Rice. This allows IRRI and others to develop Golden Rice on a not-for-profit basis).

SABC says mustard yields have been stagnant for the past two decades. Six million Indian farmers have to suffer low incomes because of this. The GE mustard hybrid developed by Deepak Pental of Delhi University and his team can increase yield by about 20-30 percent. The technology can be backcrossed to produce hybrids with higher yield. SABC’s email says India is a major importer of GE canola, which is the name given by Canada to GE rapeseed.

Those opposing GE mustard, according to SABC, are conspiring against Indian mustard farmers and favouring foreign exporters. It says they are misleading the people by attacking the Indian scientific community and demeaning the regulatory system. India’s regulatory system for GE crops is robust, it says, and has experts drawn from across disciplines. The food and environment safety assessments follow the best practices and parameters similar to European Food Safety Authority (EFSA), the Australian Office of Gene Technology Regulator (OGTR), the United States Food and Drug Administration and the US Environment Protection Agency.

The government also has hit back at the anti-activists. In a press release issued on Sunday (18 Sept), it refuted their charge that GEAC’s sub-commitee on GE mustard does not have a health expert. There is, it said, and he is B Sesikaran, MD in pathology and former director of the National Institute of Nutrition of the Indian Council of Medical Research.