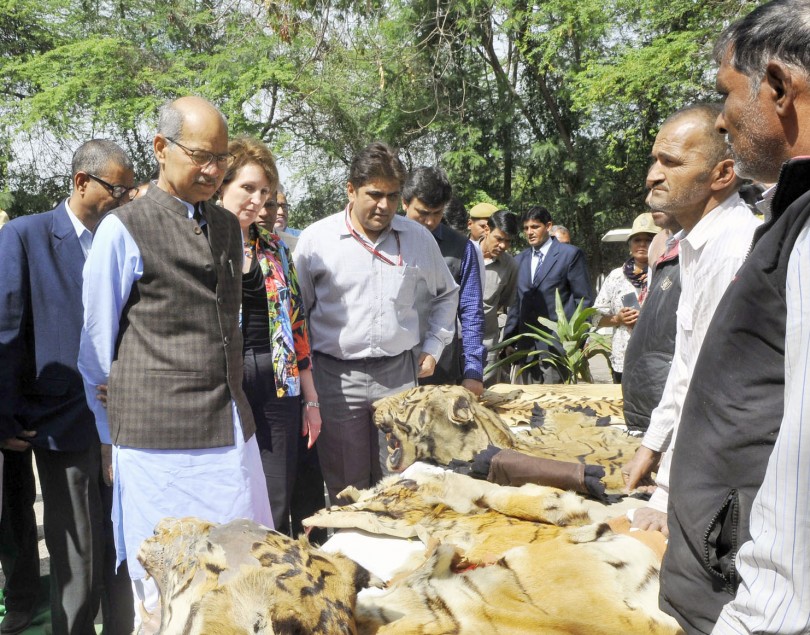 Minister for Environment, Forests and Climate Change, Anil Madhav Dave, passed away this morning. He was 60. Just yesterday, he had participated in biodiversity day celebrations and had met anti-GM activists who were opposing the GEAC’s approval of GM mustard. Here is a video recording of the event by Outlook magazine.

Dave had heard the protesters as they sought the dissolution of the Genetic Engineering Appraisal Committee (GEAC), which on 11 May had recommended the commercial release of Dhara Mustard Hybrid-11 developed by a team of Delhi University scientists with public funding. One of them tweeted about the meeting.

Absolutely shocked and saddened to hear about Shri Dave's demise. We met him yes'day & he was so polite with us. Gave a patient hearing. RIP

Dave  was not keeping well. Sources said Delhi’s air pollution had got at him and he was having breathing problems.

Dave was made environment minister last July.  With a background in the RSS, a votary of organic farming and deeply reverential of the cow (he had said he ate only fruits when abroad so he does not  eat gau maans (beef) even inadvertently), he seemed the wrong choice for the post, as he would have had to decide on the release of DMH-11.

But he had told the Lok Sabha last November that “All public health related issues have been adequately addressed for GM mustard, through the regulatory pipeline process as per the rules.” Earlier this year, he had said that he would look at all aspects before taking a decision on release of GM mustard. It was an ambiguous statement. But the fact that GEAC had recommended release meant that the minister was perhaps in favour. Otherwise, the GEAC would have stalled.

Now the Prime Minister will have to take a decision. He can either do so on his own, taking additional charge of the environment ministry, or appoint a person who is more pro-science than Dave appeared to be.

Dave’s sudden demise has shocked his colleagues.  The Prime Minister said Dave was extremely passionate about the environment.

Anil Madhav Dave ji will be remembered as a devoted public servant. He was tremendously passionate towards conserving the environment.

Shocked to hear about the demise of my friend & respected colleague Shri Anil Madhav Dave. Heartfelt condolences to his family & friends.