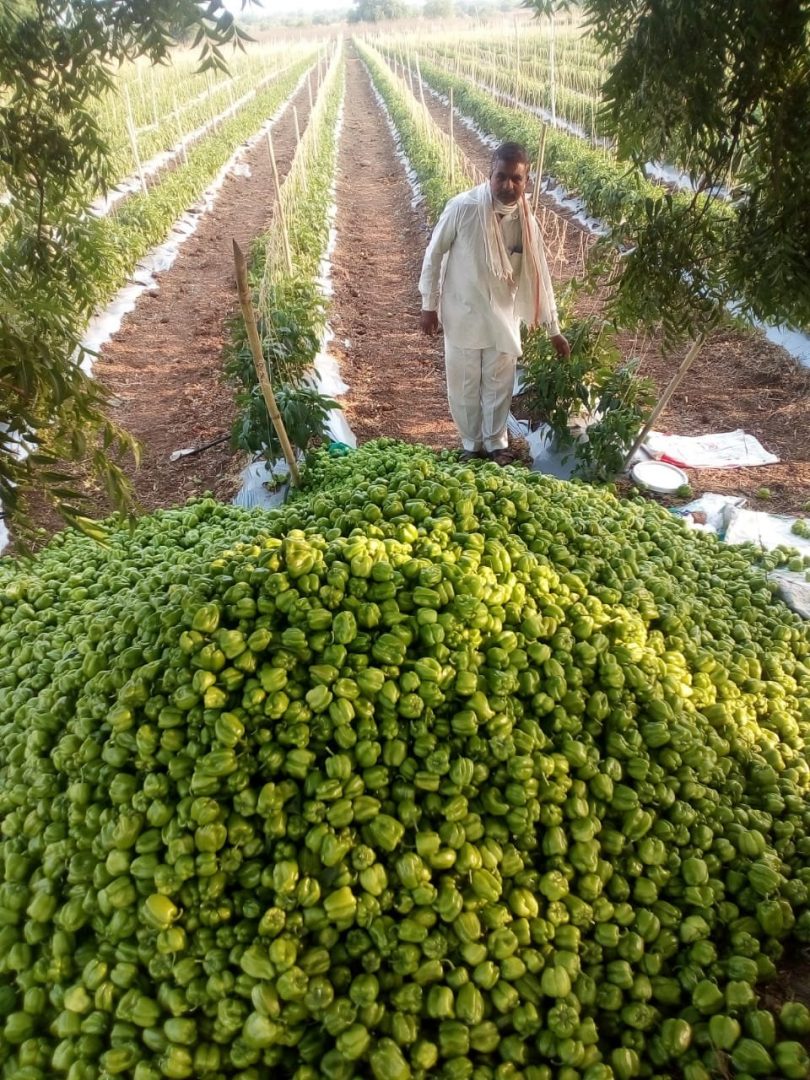 Farmers growing cereals, pulses and oilseeds have not been as affected as those growing perishable vegetables and fruits like grapes and bananas. They need a package of relief so that they remain in the market, reports Vivian Fernandes.

Farmers who had shifted to the cultivation of fruits and vegetables as they were more profitable than rice and wheat, despite the market being less stable price-wise, have taken such severe financial blows from the covid-19 lockdown that it will be years before they recover. Wherever possible, there might even be a flight back to the safety of cereals and sugar where the profit is less but prices are assured.

The shift to fruits and vegetables was one prong of the strategy to double the income of farmers as it was aligned to the change in consumption patterns caused by rising incomes: as the size of the household wallet grew a thinner slice went for cereals and a bigger one for milk, meat, fish, eggs and horticultural produce.

But these perishables have suffered the most from the lockdown that began countrywide from 21 March. Mahavir Subhash Ghogare, 33, of village Bavada in Pune district’s Indapur tehsil was particularly unfortunate. He has contracted to sell bananas at Rs 14 a kg a day before the lockdown came into effect. The buyer gave an advance payment of Rs 5,000 to seal the deal. But with the forced crashing of the economy, the trader did not turn up and the harvest of 2,100 fruit bunches, each weighing about 35 kg on average  – or about 75 tonnes in all, worth a little more than Rs 10 lakh – found no takers. Ghogare, who is a graduate in agricultural science with an MBA in agri-business management, distributed 15 tonnes free to people in his village and in the neighbourhood. The rest, he says, is rotting in the field. 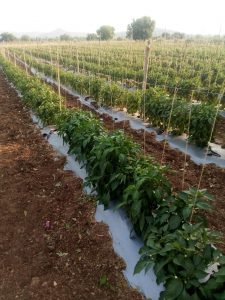 Ghogare is not a hands-on farmer. He has a full-time job with a company selling specialty water-soluble fertilizers. But he advises his father and brother who do the actual cultivation. They have a bank loan of Rs 18 lakh contracted at a little over 13 percent interest. Servicing that loan, buying inputs for the next season’s planting and paying the wages, when the revenue stream from bananas has all but dried up, will be difficult. If they default, they will be denied fresh loans unless the government intervenes with an interest waiver or a moratorium on repayment.

The state agriculture department’s call centre kept saying that farmers were free to sell directly but there were no trucks available, Ghogare says. The police would not also allow workers to move. Ghogare called up about 30 traders and also tried selling though two farmers’ producer organizations but met with little success. He had planted export quality, Grand Naine bananas and had incurred a cost of Rs 4.5 lakh.  Ghogare has five of 18 acres under sugarcane. He intends to shift a part of the seven-acre banana area to cane where payments may be delayed but are assured.

Avinash Nathu Patil, 37, of village Shingadi in Jalgaon’s Raver tehsil was just lucky. Because of late rains last year he had planted late, so his banana crop which should have been ready for plucking in April will now be harvested in late May. The district is a green zone as far as the novel coronavirus epidemic is concerned; labour and transport is available but there is no demand from North and East India, as the mandis are closed and consumers are forced into isolation

Patil graduated in computer science in 2005. He turned to growing bananas on his family plot of 10 acres after failing to find a job for three years. Using a combination of tissue culture, drip irrigation and fertigation, or the application of fertilizer precisely through drip pipes, he has built a profitable farming business.

In Nashik district, Nivrutti Khandrao Medhane, 47, is worried about servicing his loan of Rs 2 crore. A   farmer who took to growing grapes in 1991 after 11 years in school and college, he had about 500 tonnes of unsold grapes when the lockdown commenced. Suddenly, the supply of workers for sorting, grading and packing dried up. The European export markets froze and there were no takers in the domestic market. He managed to sell about 100 tonnes at distress rates of Rs 8-10 a kg at the farm gate against Rs 30-50 he was getting before the lockdown. The production cost is Rs 25 a kg, he says. He cannot covert the over-ripe grapes into raisins; the crop is beyond five months when sugar content peaks.  Medhane says he has faced weather-induced setbacks before but higher prices usually compensated for the loss of production.  He has little expectations of the government. “It will be good,” he says, “if it waives off the loans or reimburses the production cost.”

In Hoshiarpur district and tehsil’s Bhikhowal village, the life of Harbinder Singh Sandhu, 55, was upended by the closure of hotels and restaurants. A grower since 2008 of exotic vegetables like coloured capsicums in six acres of poly-houses, his market has collapsed. The bell peppers which used to sell for Rs 70-80 in Delhi’s wholesale market are fetching Rs 30, he says. That will just about cover the cost of cultivation and transportation. Sandhu had a stock of 150 quintals when the lockdown struck. He does not expect any relief from the Punjab government whose own finances are precarious. 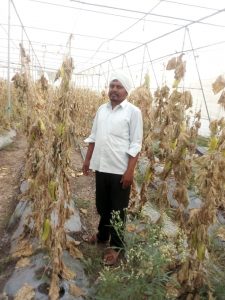 In Beed district’s Ghatsavli village, Ram Sakaram Jadav, 45, is in a similar predicament. The capsicum which he grew on four acres was selling for Rs 25-30 a kg before the lockdown.  It is fetching him Rs 4-5 a kg now and he has no way to dispose of them. He has 5,000 plants on which he spent Rs 90,000 but has recovered just Rs 40,000.  In Nalwandi village of the same district, Syed Javed Ismail, 37, has let Kakri (a variety of cucumber) dry up in his half-acre polyhouse.

The scale of the contraction can be gauged from the supply shrinkage of Nashik’s Sahyadri Farmers Producer Company, which is among the country’s top grape exporters. March and April are the peak months for most of the fruits and vegetables which this organization of about 8,000 farmers, sells or processes. Before the lockdown, it used to export 220 tonnes of grapes and day and supply 30 tonnes domestically, says Vilas Vishnu Shinde, its founding Chairman and Managing Director. Its daily supply also included 40 tonnes of pomegranates and 85 tonnes of bananas. About 400 tonnes of tomatoes and 20 tonnes of sweet corn were processed daily. In addition 23 tonnes of fruits and vegetables were sold through its own retail outlets in Nashik city.

Though it has permission to harvest, process, pack and transport, daily volumes have fallen to 5 percent of the average, as the workforce of 4,100 at its Nashik campus has shrunk to 150.  The export markets have seized up; in Europe only the supermarkets are buying. Despite 10,000 tonnes of cold storage capacity and the facility to convert fruits and vegetables to pulp, paste and products, dried or frozen, financial losses are inevitable, Shinde says.  The company has innovated by selling fruits and vegetables in bulk to apartment complexes in Nashik, Pune and Mumbai. The “baskets” of various sizes are meant to keep a household supplied for one week. The orders per complex have to be of at least 50 boxes and placed two days in advance.

The production of fruits and vegetables (excluding flowers, plantation crops and spices) has matched that of food grains over the past few years, and exceeds them in value. Most of the fruit and vegetables farmers are risk-taking growers who have prospered by dint of effort and enterprise. They most need a safety net now.