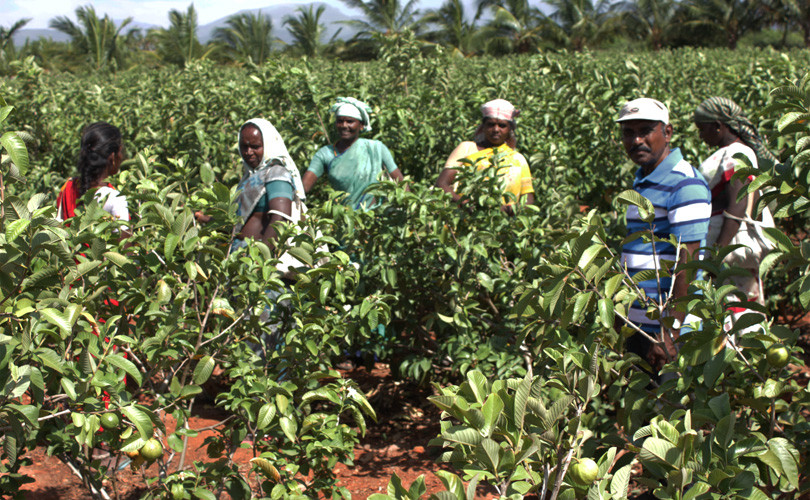 With commodity prices falling, farmers will have to improve their bargaining power. Farmer producer companies, enabled through an amendment to the companies act in 2002, can do that. To ward off outside interference, FPCs cannot have veto-exercising government representatives (unlike cooperatives) on their boards.  Currently, there are 445 FPCs. Tamil Nadu has the most at 51, followed by MP at 48 and Telengana at 40.  Here is an edited interview by Vivian Fernandes with Pravesh Sharma, Managing Director, of Small Farmer Agri-business Consortium, the agency which oversees their growth and regulation.

Are FPCs a felt need of farmers?

Ans: In the context of fragmented holdings not being able to provide even subsistence livelihood, particularly in rainfed areas, FPOs (farmer producer organizations) help avoid the legal challenge of consolidation (as land is a state subject) by bringing farmers together as shareholders in one entity. When that happens, two immediate problems of the farmers are solved. (1) Input costs go down by at least 15 to 20 percent. That is our finding across India because when they buy seed, fertilizer, chemicals and machinery collectively they get a better deal.  (2)They are also in a better position to market their output if they have a sizeable volume. They can deal with bigger traders.  Small farmers are unable even to take their produce to the mandi as the size of the lot does not justify the transportation cost.  When you do it collectively, you can take it to a godown, get a warehouse receipt and wait for the price to improve.  Even if they sell in the spot market they can bargain for a better deal.  We increasingly see FPOs enter into contract with market players for farm gate sales at competitive prices. In the majority of areas where we work, we find the response to FPOs is positive and spontaneous.

Can FPOs scale up or will they remain self-help groups in a corporate form?

Ans:  They have all the challenges of start-ups. Their core competence is production. They are not competent to deal with issues of value addition, marketing and processing. The answer we have found is federating or aggregating at a higher level. In states where the number of FPOs has crossed 25 or 30, we are facilitating the promotion of state level producer companies. Eight states have them – Madhya Pradesh, Maharashtra, Gujarat, Telangana, Uttarakhand… They arrange finance, talk to input suppliers and buyers. We see some very encouraging results in the first set of SLPCs that have come up.  Some have business plans of over Rs 100 crore for the coming year. Banks, big buyers and processers are coming forward. This is the pathway to scaling up and sustainability.

Nabard has set a target of 2,000 FPOs by end of March next year. Should we chase targets and deadlines or should FPOs emerge at their own pace?

Ans: I welcome any institution which contributes to the growth and number because without a critical mass they will not impact the market. Big public institutions will have to take the lead to prove the concept and place their faith in these bodies for the rest of the market, especially the private sector, to have faith in them.

Can a change of organizational form from cooperative to corporate ensure less government interference? Farmer producer companies do not have veto-wielding government representatives on their boards but will that prevent the government from indirectly exercising control in the names of ensuring transparency in the spending of subsidies?

Ans: The producer company law has learnt lessons from the shortcomings of the cooperative movement. It sits in the companies act, which is one of our well regulated laws, and has a transparent regulator in the registrar of companies. A producer company has to comply with all the statutory requirements. The protection is that it cannot be bought or taken over; outsiders cannot become voting shareholders.

There is no way that the government, by giving interest subvention or equity grants, can control these bodies unless you change the companies act, which is not easy because Parliament has been vigilant about protecting Chapter 9A where the producer company legislation is situated.

Of course, the producer companies will have to prove themselves by acquiring scale, showing they can do business and benefiting small farmers by entering the value chain. That will be huge protection against any encroachment on their autonomy.

The NGOs who are facilitators or hand-holders have a development mentality. Many of them frown on business and profits.

Ans:  The social skills necessary for mobilization do not reside in government institutions. One of the critical inputs required before a producer company registers is a business plan developed in a participatory manner. The institutions we have empaneled have the capacity to develop these plans.  They may be trusts, societies or NGOs, they may not be for profit but it is clear from day one they are promoting a for-profit body.

For a company to grow, the owners must let-go at some point in time. Will that happen with FPOs?

Ans: By design these are member-owned bodies. Not just member-owned but also member governed. From among the members somebody will be chair of the board and the various board members will be farmers. Their interests are embedded. You cannot say we will just produce and let us have professionals from outside telling us what to produce. That is not going to happen. I believe their sustainability will be ensured only when producers are part of the governance. That will give them a sense of connect and ownership

What role do you see for e-commerce?

Ans: I  believe that e-commerce is going to  play a major role in bringing these companies to the mainstream market. Many of them are located in remote areas. We recently had an FPO in Kutch (Gujarat) which sent a consignment of kesar mangoes to Delhi.  Increasingly, we are going to see the outreach of the e-commerce firms through their franchisees to these bodies. E-commerce has given new life to artisans in far-flung areas who found it difficult to feed the physical channels. Same is going to happen with FPCs.

(Top photo: Guava pluckers in Ayakudi in Tamil Nadu’s Dindigul district at an orchard of a member of the Ayakudi Guava  and Fruit Growers Co. Photo by Vivian Fernandes on 3 July, 2015)