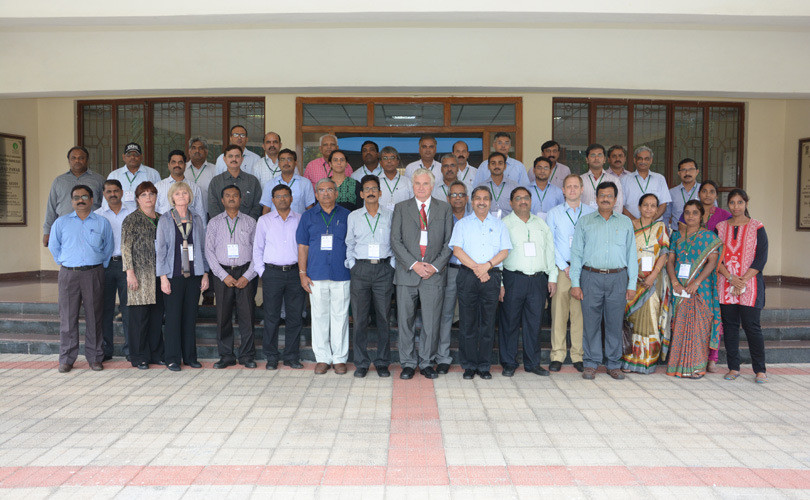 The US does 2,600 field trials a year; India does not more than half a dozen. Between 2009 and 2014, the world conducted 41,000 field trials. India is investing in capacity building but what is the point in collecting data if approval for commercial cultivation of crops that pass safety trials is withheld for political reasons, asks Vivian Fernandes.

With the government unwilling to confront groups like the Swadeshi Jagran Manch and the Bharatiya Kisan Sangh that are opposed to genetic engineering of crops, the environment ministry had settled into the view that field trials of GM crops should continue so that data is generated for safety assessment, even as commercial approvals are postponed till such time as political conditions permit.

The Genetic Engineering Appraisal (formerly Approval) Committee (GEAC) met on 3 September, 2015. This was the first meeting after 2 February. Eight field trials of rice, cotton and maize for drought and salinity tolerance, mainly by Indian companies were taken up, sources said.

The GEAC has been meeting irregularly since 2010 because environment ministers ─  Jairam Ramesh and Jayanthi Natarajan ─ in the previous government were hostile to GM crops.  Minister Veerappa Moily cleared a whole lot of field trials early in February 2013 upon taking additional charge of the environment ministry.

In the present government Environment Minister Prakash Javadekar is supportive of GM crop technology. In a video message to a workshop on GMOs on 7 October, organized by Vijnana Bharati, the ‘Swadeshi science movement of Bharat,’ he said field trials will happen. But he does not have the political heft to cut through the in-house opposition and approve GM crops for commercial cultivation.

The Department of Biotechnology (DBT) is using this lull to make the scientific risk assessment process more efficient. In September, it organized a training programme for sixteen directors of state agriculture departments and universities in Hyderabad where officials of the US Department of Agriculture (USDA) and Indian regulators like S Raghavendra Rao, an adviser in DBT, briefed them about global trends in bio-safety assessment, the US approach and Indian best practices.  The directors play a key role in giving non-objection certificates for field trials in the states. Currently Delhi, Punjab, Haryana and Andhra Pradesh allow field trials. Maharashtra has suspended them. Rajasthan has said ‘No.’ Telangana has not made up its mind.  Karnataka is also wavering.

DBT has also set up a bio-safety support unit with sixteen multidisciplinary scientists who will scrutinize and prepare reports for risk assessment and management upon receipt of applications for field trials of GM crops and pre-clinical trials of bio-pharmaceutical products. They will suggest which of the guidelines should be followed, and which can be dispended with, on a case-by-case basis. They all have doctorates in their respective fields and also a couple of years’ experience.  There were briefed by USDA officials and Indian experts for two days in the middle of October. An Australian team will train them in document writing for risk assessment.

The guidelines for bio-safety containment, which were written in 1990, are being updated.

The US does about 2,600 field trials a year. Federal officials take the services of local agricultural departments.  Monitoring is done through documents in prescribed formats; video recordings of the monitoring team’s visit along with the field trial in-charge’s commentary; and scrutiny of CCTV footage of the entire duration of the field trial (with a mechanism to skip over portions that are repetitive). The US also requires registers to be meticulously maintained.

In Australia the office of the Gene Technology Regulator has a committee of three officials, including one officer deputed from the police department, which does random checking. Approval for a field trial there is valid for three years.

The number of field trials conducted in India is not more than half a dozen in any year. But getting a large committee of inspectors to visit the site of the field trials twice is a costly and cumbersome exercise.  Can it be made crisp like in the US and Australia? That is a question that DBT is grappling with.

Between 2009 and 2014, 41,000 field trials were held in 55 countries, according to a study by the Netherlands Commission on Agriculture. There were 3,100 between 1986 and 1995, the first decade of transgenics.  The world is racing ahead, while India continues to fret over ideological issues.

(Department of Biotechnology and US Department of Agriculture’s workshop in Hyderabad in September 2015 on best practices in risk assessment of GM crops. Photo courtesy: DBT)