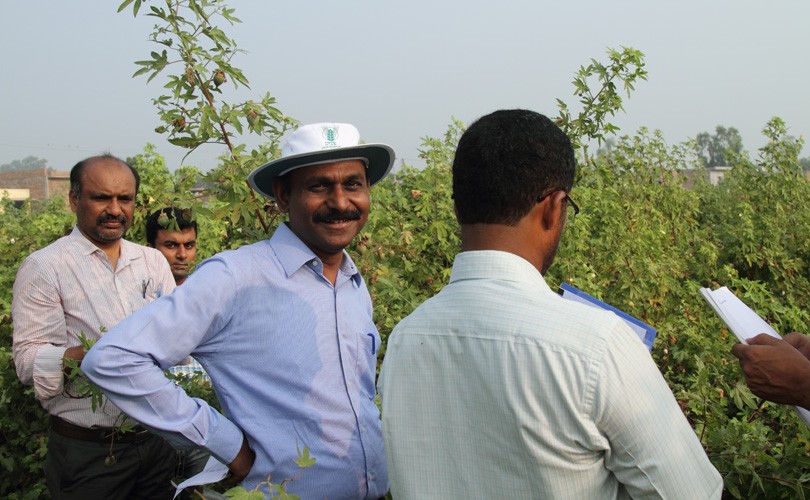 The Maharashtra government announced in the state assembly on 14 December it will not allow Monsanto to develop Bt cotton seed varieties, according to Alok Deshpande of The Hindu. Instead, four agricultural universities and the Central Institute for Cotton Research (CICR) will do the work.

According to The Hindu, State Agriculture Minister Pandurang Fundkar said the decision was taken allegedly because the company’s patented insecticidal Bt traits were financially disastrous for farmers. He was replying to a calling attention motion raised by Nationalist Congress Party (NCP) MLA Amarsinh Pandit,

According to Fundkar, of Maharashtra over 38 lakh hectares under cotton, 98 per cent is under genetically-modified Bt cotton since 2002. As per the Maharashtra Cotton Seeds Act, 2009, the state government periodically revises seed prices. In June last year, it issued a notification pricing Monsanto’s Bollgard I (BGI) Bt seed at Rs. 730 and Bollgard II (BGII) at Rs. 830 per packet of 450 grams.

“At a time when drought has already had a terrible impact on farmers, such seeds with serious faults are making conditions worse for farmers. While these private companies are minting money, the research sections in government universities are doing nothing,” Pandit said. The minister said the seeds developed by the government institutes would be made available from 2018, and no private company would be allowed to develop seeds. The seeds would be priced Rs. 350 per packet.

“The Maharashtra State Seeds Corporation Limited and agriculture universities have signed a pact for improved varieties of cotton seeds. CICR is at present experimenting on including BGI in 21 varieties, while Panjabrao Deshmukh Agriculture University is developing a special seed for rainfed farming,” Fundkar said.

Unlike hybrids, the Bt varieties can be saved for sowing the next season. CICR is developing them with Monsanto’s off-patent BGI technology. Bt technology has also been licensed to CICR by a Delhi University team led by geneticist Deepak Pental.

CICR’s director, K R Kranthi, has been saying that India does not need Bt technology if it goes in for ultra-high density planting of Indian cotton varieties. Bt technology is effective only in American cotton species. Monsanto had released BGII in 2006 because the pink bollworm had developed resistance to the earlier version. Nascent pink bollworm resistance has also been seen in BGII. But the company withdrew earlier this year an application for a more potent technology which it had submitted to the regulator for approval, after an aborted agriculture ministry move to waive genetically engineered plant patents.