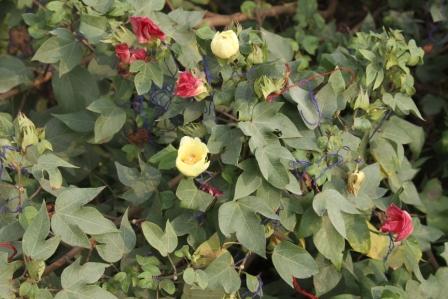 With the latest price revision on 8 March of the most popular variety of genetically-modified (GM), insect-resistant cottonseed, the government has have appeased the country 7.5 million cotton farmers but undermined their long-term interests.

About four crore, 450-gram packets of BG-II cottonseed are sold annually. The Rs 10 reduction in its maximum selling price to Rs 730 per pack will benefit cotton farmers by about Rs 40 cr.  The 45 franchisees of the American joint venture Mahco-Monsanto Biotech (MMB) ─ which owns the patent of the insect-resistant trait ─ will also gain about Rs 36 cr from the agriculture ministry’s reduction of trait fees payable to MMB by Rs 19.  Industry observers might wonder why the Rs 19 reduction in trait value resulted only in a Rs 10 reduction in selling price? Are they right in smelling something fishy or are their olfactory nerves are acting up? Only a forensic investigation will tell.

Despite the hefty Rs 36 cr windfall, seed companies are disappointed. Producing hybrid cottonseed is a labour-intensive activity. It requires skilled hands to pollinate the cotton flowers. Better supervision is needed to prevent contamination and ensure genetic purity. The seeds are produced on contract by smallholder farmers mainly in Gujarat. The Jalna (Maharashtra)-based pioneer of the organized seed industry in India, Mahyco, has about 20,000 of them.  The cost of labour, fertilizer and pesticides are rising every year, but ever since it brought Bt cottonseed under price control nationally in December 2015, the agriculture ministry has been cutting the selling price. In May 2016, the selling price was fixed at Rs 800 a pack. In 2017, it was reduced to Rs 740 and this year it has been brought down to Rs 730.

“This is a disincentive for the industry,” says M. Ramasami, Chairman and Managing Director of the Salem (Tamil Nadu)-based Rasi Seeds and Chairman of the Federation of Seed Industry of India. Prices should rise by about 5 percent annually just to neutralize inflation, he says. Instead, there has been a 9 percent reduction in the selling price of cottonseed over the past four years.

The aborted attempt of the agriculture ministry to subvert agricultural patent rights in May 2016, the environment ministry’s denial of permission for commercial cultivation of GM mustard (developed by a Delhi University team of researchers) despite the apex regulator’s recommendation, and the rulings of various Delhi High Court benches on the pricing and patentability of GM traits has killed the agribiotechnology industry. The latest revision in trait fees will ensure that it firmly remains six feet below the ground.

In 2016, the agriculture ministry slashed the fee for the insect-resistant trait in cottonseed by 71 percent from Rs 169 to Rs 49. Two years later it was brought down to Rs 39. This year, it has been cut by 59 percent to Rs 20 per pack. This has translated into a Rs 600 cr hit to MMB over the past four years.

Though there are other proprietary Bt cottonseed trait owners in India, they are bit players. MMB has a monopoly on the business. Though it has borne the brunt of the government’s arbitrary action, the agribiotech industry has felt the chill. In 2016, Mahyco withdrew its application for approval of commercial cultivation of herbicide-tolerant (HT), insect-resistant cotton called RRF BG-II citing lack of respect for patent rights.

Last September, the companies of DowChemicals and DuPont which are now part of Corteva Agriscience sought the apex GM crop regulator’s permission to end bio-safety trials of GM maize in Karnataka and Punjab. Among the two reasons cited, one was the fear that their patent rights (including pricing freedom) would be abridged.

Earlier, DuPont had downsized its agbiotech facility in Hyderabad and BASF had closed down its GM rice research project in Tamil Nadu.

With no access to the legitimate version of HT cottonseed, farmers are growing it illegally. In a representation to the government in 2017, farmers from Amravati block in Andhra Pradesh’s Guntur district said illegal HT cotton covers 15 percent of the state’s cotton area. The Delhi-based South Asia Biotechnology Centre did a survey and found that illegal HT cotton was being extensively grown in Maharashtra, Gujarat, Andhra Pradesh and Telangana. The Prime Minister’s office ordered an inquiry and a crackdown on seed companies followed.

Vijay Mahadev Niwal, a large cotton farmer based in Maharashtra’s Yavatmal district says around 2013 an illegal HT cottonseed brand called Sikander was popular. He believes it was a variety smuggled from the United States. Herbicide could not be sprayed on it, without killing the cotton plant, only 22 days after germination.  By then weeds would have sprung up and eaten much of the nutrients. The HT cottonseed varieties available now, though illegal, are more potent, he says. They allow herbicide spraying right from germination till 180 days.

Despite the demand for HT cottonseed, Mahyco has no intention of seeking approval for its release. “Unless we have the assurance that if you bring innovative products to the market there will be some mechanism by which the developer is protected,” Mahyco will not do a rethink, says Usha Barwale Zehr, its Chief Technology Officer. “Not only do I have to take all the risk, but I am not even allowed to capture value.”

Because of unhelpful government policies, Zehr says Mahyco has reduced its annual R&D spending by about 70 percent from Rs 80 cr to Rs 30 cr and laid-off about half its research staff.

The agriculture minister might have appeased cotton farmers with a Rs 10 cut. It might be too small to sway cotton farmers into voting for the ruling party but it will give its candidates an issue to brag about in the upcoming Lok Sabha polls.  But if research is disincentivized Indian agriculture will lose.

The Fall Armyworm is an American pest that was detected in Karnataka in 2016. It has spread to more states. It is a voracious feeder. About 15 million hectares of maize are under threat, says Zehr.  It can be affordably controlled only with GM insect-resistant technology.    But why will private companies provide it if they cannot profit from it?