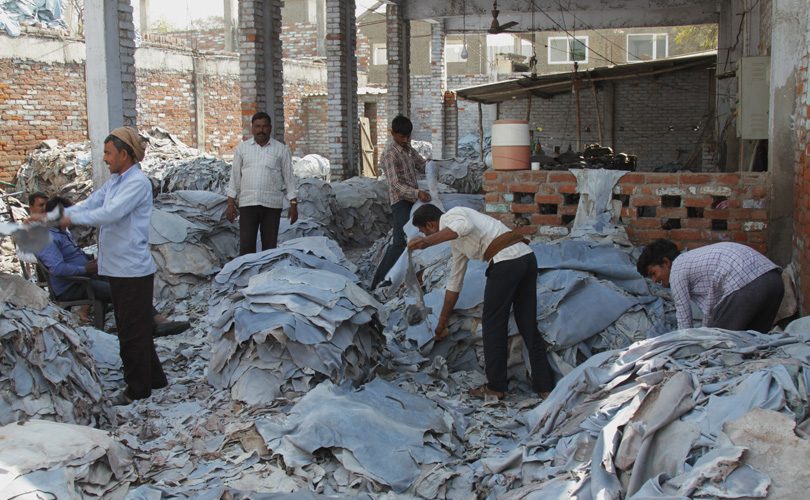 On the face of it, this story should not feature here. But I have posted it because it impacts the livestock-based rural economy. With the cluster of tanneries at Jajmau in Kanpur, said to be India’s largest, closed since 26 December, buffalo hides are reportedly piling up at the abattoirs. The export of raw hides has been discouraged with high duties to encourage value addition domestically. But the activism of cow vigilantes and the whimsical orders of the Uttar Pradesh Chief Minister have impacted the export of leather and leather products. – Vivian Fernandes.

India is facing  employment crisis.  The unemployment rate in 2017-18 was 6.1 percent, the highest in 45 years, according to a suppressed survey of the National Sample Survey Office (NSSO) make public by Business Standard. Rather than address the situation, the government is engaged in a cover-up exercise. According to the Indian Express, the Labour Bureau’s survey of jobs created under the Mudra loan scheme for micro and small enterprises has also frozen, perhaps because it is not flattering.

Despite tall talk, the government’s indifference to jobs is evident at the Jajmau tannery cluster in Kanpur were all but 26 of 266 operational units, most of them small (annual turnover of less than Rs 20 cr) have been closed since 26 December last year on the orders of the Uttar Pradesh government so that devotees could have a cleaner dip during the Maha Kumbh mela in Allahabad (or Prayagraj, to give it official name). 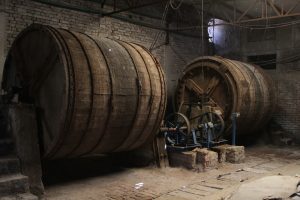 The Kumbh got over on 4 March. Chief Minister Yogi Adityanath had reportedly stated that the tanneries would be opened on 15 March.  Last Friday, Feroz Alam, Executive Member of the Small Tanners Association of Jajmau was in Lucknow keeping track of the file for lifting the closure as it moved, according to him, from the Chief Secretary to the Environment Minister to the Chief Minister. But there was no relief.

Jajmau is a British-era cluster; the first unit, according to Alam, came up in 1905.  Since then the invisible hand of the market has created a 12 sq.km dusty sprawl of narrow roads and exposed-brick sheds, most of them nameless. Here behind heavy sheet-metal gates, raw buffalo hide is converted into semi-finished leather or wet blue. The process takes three to seven days, and involves a host of chemicals: ammonium sulphate, bate powder, common salt, sulphuric acid, sodium formate, basic chromium sulphate and sodium bicarbonate.

The process is highly polluting. The effluent is treated in two stages: at the tannery premises, and then at a common effluent treatment plant (CETP). The CETP has a capacity of 36 million litres per day (MLD), of which 9 MLD is for tannery effluent and the rest 27 MLD for the city’s sewage. 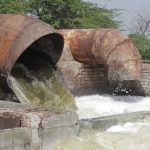 The plant became operational in 1992 – five years after the Supreme Court ordered its construction. The Dutch government gave technical and financial assistance. The tanneries contributed 17.5 percent or Rs 3.7 cr of the project cost of Rs 21 cr.

In 2000, the Uttar Pradesh government gave licenses for 180 more tanning units at the cluster taking the total to 400. At full capacity they would discharge 12 MLD of waste water. But only 266 were operational, according to Alam, when the first order to close down from 15 November was issued. The units opened on 8 December but have been shut since 26 December.

The CETP discharge meets environmental norms, says Javed Iqbal, Chairman of the Council for Leather Exports, central region. Ironically, the treated water from the CETP does not flow into the Ganga. It is taken through an irrigation channel to fields. Farmers prefer the water because it is rich in plant nutrients, says Ashraf Rizwan, co-founder and Director of Homera Tanning Industries Limited, which has been operating in Jajmau since 1987.  Rizwan has been representing the tanneries at the National Green Tribunal.

According to Rizwan, the tanneries have been repeatedly urging the government to upgrade the CETP. In 2006, they had got a detailed project report done by IL&FS, the infrastructure financing and execution company that collapsed spectacularly last year.

The tanneries have been closed for no fault of theirs, says Rizwan. To comply with the Chief Minister’s order that no sewage should flow into the Ganga, the Kanpur administration diverted the city’s sewage to the CETP, he says. The tanneries had to close down to make space.

Kanpur District Magistrate Vijay Vishwas Pant says the tanneries were told to self-regulate and operate at half capacity for the duration of the Kumbh mela. But their discharge was ‘very high,” he said, “much more than the installed capacity.” 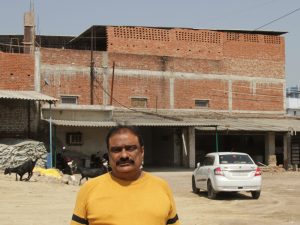 Feroz Alam of Merit Leather Finishers outside his factory. Photo by Vivian Fernandes.

When this correspondent visited Jajmau in the second week of March, the heavy hand of the government was palpable. The tanning hub should have been buzzing because thousands of raw hides generated at the export-oriented buffalo meat exporting units in Unnao and Aligarh need to be processed. But there was a scattering of workers. Most of them are migratory birds; they come from eastern Uttar Pradesh and Bihar. Unable to cope with the enforced holiday they have returned home.

Wali Mohammed of Wali Sweets House said his business has been severely hit. Gulzar Ahmed, who buys and sells tannery waste, said there will still be takers for Wali’s gujiyas but he has been knocked out flat.

The 2016 Economic Survey said India must focus on boosting exports of garments and leather goods because every Rs 1 lakh invested in these industries creates 23.9 and 7.1 jobs respectively. Of these, 8.2 and 3.4 respectively are female jobs, which have social spin-offs.  The Survey pointed to the East Asian Tigers. Their booming annual growth of 7-10 percent post economic take-off was fuelled by “exceptional” export performance in garments and footwear. In footwear exports, the Tigers’ averaged 25 percent growth for 20 years; Korea’s was a phenomenal 70 percent. India’s annual average was just 5.4 percent despite the largest cattle population in the world, an abundance of leather, and a large pool of skilled artisans.

The Jajmau closure has shaken foreign buyers, says Taj Alam of Kings International, an exporter based in Unnao. They have turned to suppliers in Bangladesh, Pakistan and Vietnam.

At the Hong Kong leather show (12-15 March), the star industry event, foreign buyers were reluctant to do business with tanneries in Jajmau, says Rizwan.

Some of the large tanners are hedging their bets. About 30 of them have got allotment letters for setting up units at the Calcutta Leather Complex in Bantala, says Iqbal. Some are planning to shift. He is not. “I will set up a secondary unit,” he says. 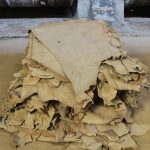 A pile of semi-processed leather.

But shifting is not a viable option, at least not for the small units.

Rizwan says the central government has approved a second CETP only for use of the tanneries at a cost of more than Rs 500 cr. It will have a capacity for treating 18 MLD of tannery waste and 2 MLD of sewage that is generated in them. The CETP will be operated by the Jajmau Tannery Effluent Treatment Association as a non-profit company.  The current CETP will be entirely used for treating municipal sewage. It was renovated last year.

Pant says the Kanpur administration has recommended the lifting of closure to the state government.  He says the closure should not be seen as a “partisan decision.” But the community of tanners will not be assured.

(Top photo: Workers rummaging through semi-processed leather in Jajmau to find something of value.  By Vivian Fernandes