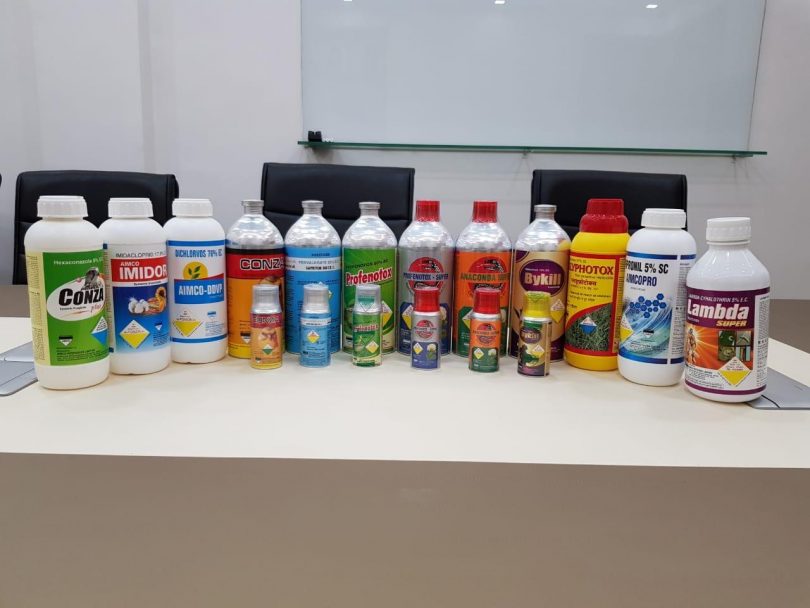 The Department of Chemicals and Petrochemicals has written a note to the agriculture ministry stating why certain insecticides should not be banned as proposed in the draft “Banning of Insecticides Order 2020” notified on 14 May, 2020. R K Chaturvedi, Secretary of the department said there should be “wide stakeholder consultations” before further action is taken.

The department’s note says Mancozeb, for instance, is a ‘Green Triangle’ fungicide, which indicates least toxicity. It is the preferred fungicide in many countries. It is banned only in Saudi Arabia but extensively used in Brazil, Peru and African countries. India is one of the biggest exporters of Mancozeb and its combination products. It has, according to the note, “an excellent record of crop safety over a wide range of crops and environmental conditions.”

Malathion and Chlorpyriphos are recommended for control of polyphagous locusts which feed on a variety of crops. Malathion is used also for mosquito control. It is a ‘Blue Triangle’ chemical, which indicates ‘moderate toxicity.’ According to the agriculture ministry’s draft ban order, it is banned only in Syria and Palestine. That is not a justification for banning it in India.

Chlorpyriphos is a widely-used active ingredient because of its efficacy against many insect pests and affordability. The draft order states that it falls under category 3 of the European Union prioritization of Endocrine Disrupting Chemicals and also figures in Tier 1 screening final list of Endocrine Disruption Screening Program (EDSP).” This, however, the note says, is contradicted by many research studies where it is concluded on Weight of Evidence (WoE) evaluation that it demonstrates “no potential to interact with the endocrine system, including oestrogen, androgen, or thyroid pathways.”

The department’s note says the 27 pesticides proposed to be banned are generic. They are affordable compared to alternatives that are not registered in India. Registration will require extensive data and at least three years. That they are banned in other countries is no reason for banning them in India.

The department received representations from HIL (India), the Federation of Indian Chambers of Commerce and Industry (Ficci), the chemical export promotion council or Chemexcil and Pesticides Manufacturers and Formulators Association of India (PMFAI).

In a video press conference on 9 June, industry representatives denounced the ban move. They made the following points:

The review by the Dr. Anupam Varma Committee was arbitrary. They demanded an inquiry by a high-powered, government-appointed scientific committee. The Varma committee, they said, was formed on 18 July, 2013 to examine the continued use of three neonicotinoids or nicotine-based insecticides, which are said to affect honey bees. Within a month in August, they said, the ambit of the committee was expanded to 66 generic insecticides that are banned, restricted or withdrawn in some countries. The completion of the review in five meetings in 2014 without, according to them, seeking the industry’s views raised suspicion about the committee’s intentions. The committee in 2016 recommended a ban on 18 generic pesticides but said the use of 27 others should continue until further review.  The 27 pesticides which are proposed to be banned cost about Rs 450 a litre, while imported alternatives will cost Rs 1,200-2,000 a litre. (But lesser quantity of the imported alternatives may need to be applied for the same or better effectiveness- Editor).

They alleged that government officials were in cahoots with the import lobby and foreign-funded environmental NGOs. Appeals during the press conference were made to nationalist sentiment, Make in India, Atmanirbhar Bharat, food security and farmers’ welfare.

(Top photo of pesticides proposed to be banned courtesy of PMFAI)