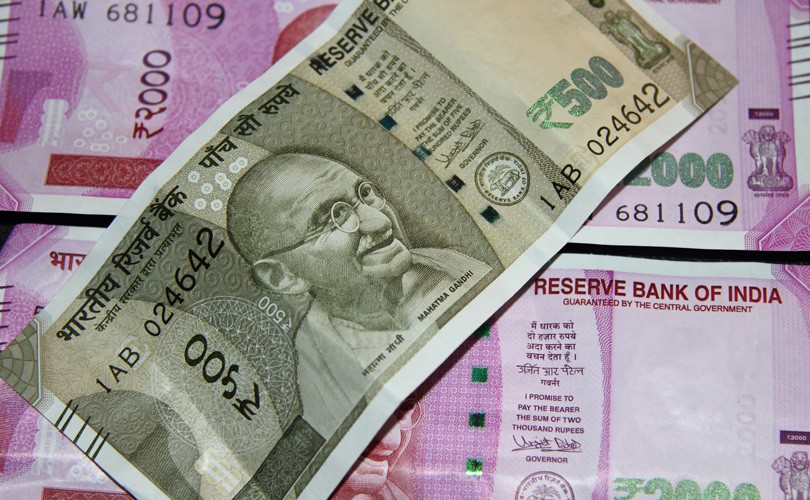 Vivian Fernandes speaks to some farmers across the country to gauge their view.

The withdrawal of high denomination currency notes from circulation has disrupted farming operations during the busy season and visited difficulties on farmers and labourers. Some farmers are questioning the wisdom of draining the lake to catch big fish, while others say the move is ill-timed, and should have either been advanced or postponed by two months.

Demonetization is creating friction in social relations; the bonds of trust are getting frayed. It has happened with Pritam Singh of Urlana Khurd village in Panipat district’s Madlauda district. His progressive outlook has made Singh a fellow of the Indian Agricultural Research Institute (IARI). He grows quality rice and wheat seed for IARI and private companies. Currently, he has engaged about 50 workers. They cut basmati rice from  five in the morning till 10 a.m., after which they thresh till 6 p.m., following which they load the paddy on to trucks till 9 in the night. To relieve the tedium of continuous hard work, Singh is required to provide the workers with tea three times a day.

Singh buys a bag of 50 kg sugar at a time but being strapped for cash, he asked his long-time grocer to lend the stuff on credit but was refused. The grocer said he could supply no more than 10 kg on credit because his supplier, in turn, was not accommodating him.

Basmati has to be cut by hand as machine-harvested results in breakage of grain.

This is also the wheat sowing season. If not done within the next few days, wheat can face terminal heat next March, which causes grain to shrivel. The loss of production can be as high as 25 kg an acre.  Singh sells wheat seed, which he harvested in April. While he extends credit to buyers he knows, he is hesitant to accept cheques from strangers.

At the other end of India’s geography, Senthil Kumar of Navakkarrai village in Tamil Nadu’s Coimbatore district has a similar tale to narrate. Daily sales at the retail vend of Kovai Farmers Producer Company, of which he is the secretary, has shrunk from about Rs 15,000 to Rs 6,000, he says, as lower denomination notes to pay for vegetables or to return as change have become scarce.

The producer company was formed in 2013. Its farmer-members grow vegetables, mainly for export to neighbouring Kerala. Though their combined volume is about a 10 percent of Coimbatore’s daily trade, they have been able to gain bargaining power over traders, who used to short-change them on weight and value.  The company however supplies agro-chemicals to its members against cheque and card payments.

For S Mohan Raj of Vettaikaranpudur village in Coimbatore’s Pollachi taluk, the cash crunch is an “inconvenience.” He has shrunk household expenses and farming operations so he can manage with the little cash he has. Raj is chairman of the Kovai company and grows coconuts and gourds. Some of his buyers are transferring money directly into his account; others have said they will settle at a later date.

In Suttur village of Mysuru’s Nanjangud district, Arun Balamatti, the head of JSS Krishi Vigyan Kenda (KVK) has a different story to tell.  The KVK, initiated by a local religious leader in 1994, has gone beyond its mandate of providing agronomic advice. Since 2013, it has been selling plant nutrients, medicines and pest control potions after screening them for quality and affordability. Balamati says its “agri-clinics” are visited by around 30 farmers a day and they buy stuff worth about Rs 500 on average.  Those that pay in demonetized currency are not turned back and this arrangement will continue till the local branch of the State Bank of Mysore exchanges the currencies. There is a slight increase in prices of vegetables in the village, Balamatti says. In his view, people are putting up with the pain for the greater good of seeing black money flushed out.

The people he spoke to in and around Nimara village in Akoka district’s Bashi Taki taluk approve of the government’s move to scrub the economy of black money but the move is ill-timed says Ganesh Nanote, a progressive farmer. This is the time when pigeopea or arhar  flowers and pod borers attack. Spraying, if not done in time, can cause considerable loss of output. Traders are selective in selling pesticides on credit.  Sales of freshly-harvested soybean have also shrunk as traders pay in unacceptable demonetized currency.

In Dewas district of Madhya Pradesh, chickpea or chana sowing has been interrupted because farmers are unable to buy fertilizer, says Suresh Jat, who does marketing and procurement for RamRahim Pragati Producer Company, a grouping of mainly small and marginal tribal farmers in Bagli taluk. After two years of deficient rains and lean harvest, the soybean crop was good. Dinabai Rathod, of Chandupura village, for instance, said she had harvested 50 quintals this year against 6 quintals last year. But prices have dropped to levels just above cost of cultivation. While soybean has been harvested, maize cutting has been disrupted by the cash crunch. Chana sowing has also been affected.

In cotton mandis arrivals have shrunk while prices has risen, says Pankaj D Mepani, a senior executive with a private Mumbai-based cotton trading company. Arrivals on 8 November, before demonetization was announced, were 145,000 bales of 176 kg each. On 17 November, is was 74,000 bales. In Gujarat, arrivals of the benchmark Shankar 6 variety had declined from 30,000 bales to 10,000 bales during these dates respectively. Rates of this variety ranged from Rs 378,000-388,000 a candy (356 kg) on 8 November. They have risen by Rs 17,000-20,000 a candy as farmers are unwilling to accept cheques.

Cash rules in the country’s mandis. Even Karnataka, which has initiated pioneering reforms in digitising marketing operations of of agricultural produce operations has had difficulty in getting farmers to open bank accounts, and persuading traders to pay directly into them. Mandi officials says banks are unwilling to provide credit lines to farmers. Samir Shah, MD and CEO of the National Commodities and Derivatives Exchange (NCDEX) says this is partially true. He asserts that traders are unwilling to let go off pricing power. NCDEX, he says, has lined up banks like ICICI, which have designed trader finance products, but have difficulty in getting over the opposition.

While good may follow, farmers and those in the informal economy which is lubricated by cash are asking whether the vaunted surgical strike on black money could have been less blunt in its impact.

This report was first published in www.thequint.com