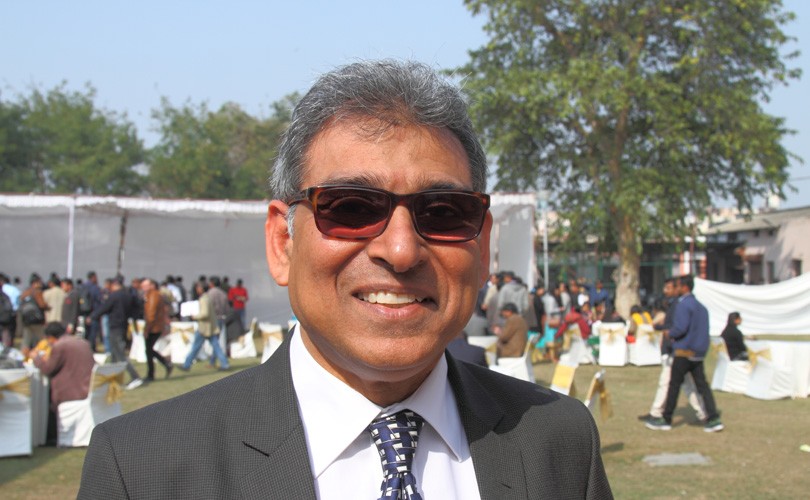 Its its order of 2 December,2016, a division bench of the Delhi High Court struck down a clause that protected plant breeder’s rights during the pre-registration phase. While curing legislative over-reach,the court has swung to the other extreme, says Paresh Verma of ABLE-AG, a grouping of agri-biotech companies. Vivian Fernandes reports.

Breeders of new plant varieties and hybrids do not have any protection between the date of application for registration of their work and grant of registration after the Delhi High Court struck down a clause last December. The clause was vaguely worded, but by striking it down, the court had denied protection to breeders during the crucial first three years, which is the minimum time required to get a variety or hybrid registered under the Protection of Plant Varieties and Farmers’ Rights (PPVFR) Act.

Considering that  the life of a variety or hybrid is five to seven years, the court could have asked the government to make the clause free of ambiguity instead, said Paresh Verma, DCM Shriram’s Research Director (Bioseed) and Head of Management Committee of the Association of Biotech-led Enterprises ─ Agriculture Focus Group (ABLE-AG).  Verma was speaking on the theme, “Role of Seed Legisations, Policies and Forecasting in Seed Trade,” at a seminar organised in Delhi by the Indian Society of Seed Technology.

While striking down Section 24(5) of the PPVFR Act, a division bench of the court said it gave wide powers to the Registrar of Plant Varieties to grant interim relief to a breeder whose application for registration of a plant variety is under consideration.

The clause was challenged by Prabhat Agri Biotech, a Hyderabad-based seed company.   It said that in giving interim relief, the Registrar was not obliged to hear third parties and their rights could be smothered, according to spicyip.com, a website devoted to intellectual property law. The provision could result in favourable interim directions being issued, even if the application is ultimately rejected and this could cause “immeasurable harm.”  The section does not specify the conditions for issue of interim orders nor does it have a provision for appeal against issuance of the orders, the petitioners said. The section says that the Registrar can issue interim orders to protect the interest of breeders against “any abusive act committed by a third party” between the filing of application for registration of a plant variety and the date of decision on such an application, without clarifying what constitutes an abusive act.

Verma said laws and policies should have the flexibility to evolve with new seed technologies so that the need of farmers for better technology and that of the nation for food and nutrition security were satisfied. “There is need for capacity building not only in an audience like ours but also of the judiciary,” Verma said, because the evolution of legislation will depend on case law. Both the Biodiversity Act and the PPVFR Act were fairly new pieces of legislation, he said.

Verma hoped that the Seed Bill of 2004 would be taken up for enactment. According to news reports it was put on hold in 2015, because of certain provisions relating to genetic modification technology, about which there are apprehensions within the ruling party. The bill harmonises the Environment Protection Act and the Seeds Act. It replaces the Seeds Act of 1966 and requires every seller of seeds to conform to meet minimum standards. All varieties of seeds will have to be registered.  Transgenic seeds can be registered only after they are cleared under the environment protection act. Every package will have to have a label with prescribed information, including an assurance of performance.

Verma said the bill’s provision on performance guarantees would be open to abuse. While spurious seeds should be blocked, requiring seed companies to guarantee performance or output would a fraught exercise because agricultural performance is relative and not absolute as it depends on variables like weather, provision of nutrients, insect infestation and pest attacks.  Though there is  a provision for a committee to decide whether the decline in performance is due to deficiency in seeds,  the committees would be subject to political pulls and pressures given the sensitivity of agriculture and farmers’ rights.

Verma said the bill must reinstate a provision that allowed accredited seed companies to self-certify their seeds. Initially, certification was made mandatory and companies which had the infrastructure, quality protocols and technical ability were allowed to do accreditation themselves. That provision has been taken out which means that the current situation will be allowed to prevail, that is the seeds act will govern certified seeds and truthful labels will be allowed under the seed control order.

“We need a policy and regulatory framework which will meet the progressive needs of farmers,” Verma said. If fair play is allowed, seed forecasting will not be an issue he said.  In the past two decades there has been no shortage of seeds with both public and private sector companies participating, Verma said, because each company’s model allows for some buffer.