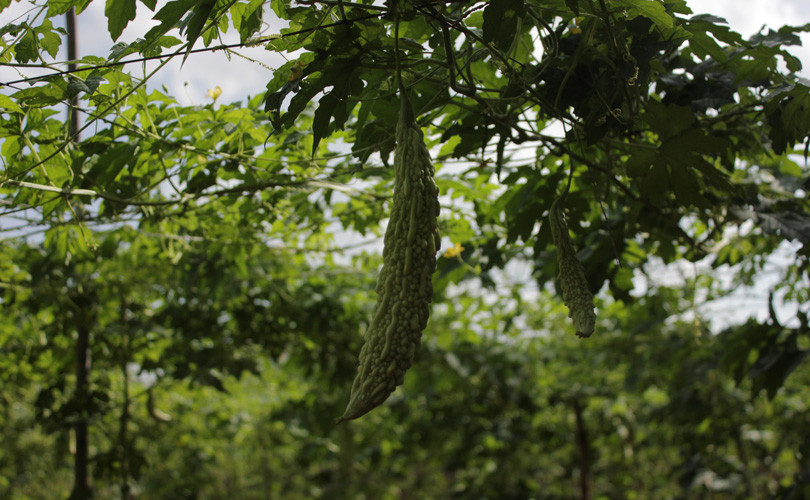 GM crop technology bashers are trying to prevent Deepak Pental’s GM mustard from getting regulatory approval. Pental says it contains the same three genes that are found in Canola imported into India from Canada. Field trials and eighteen years of consumption in India have established their safety, he says. GM mustard is 20-30 percent more productive than conventional mustard and could plug India’s cooking oil deficit to a large extent. Here is Pental’s rejoinder to Vandana Shiva’s article called, ‘GMO in My Mustard,’ published in the Asian Age.

Plant breeding since 1900, after Mendelian laws of inheritance were rediscovered, is a science-based technological intervention which has been used to increase productivity of major crops grown around the world. The global population was around 1.6 billion in 1900; today it is 7.2 billion. Average life span at birth in India in 1900 was 23 years; today it is around 65 years. Just imagine a world in which medical revolution would have occurred, but agriculture would have stayed frozen at 1900 levels — no mechanisation, no chemical fertilisers, no agrochemicals for crop protection and no systematic plant breeding. A health revolution sans an agricultural revolution would have caused massive starvations, untold human misery and the rise of extreme ideologies.

Two major technologies — dwarfing genes (in wheat, rice and barley) and hybrids (to begin with in maize, later millets and rice and many other crops) — increased crop yields in a big way and saved the world from severe food shortages and famines in the 20th century. In the 1970s and 19’80s, backed by some brilliant discoveries on the molecular basis of life, technologies were developed for transferring genes from any organism to plants. The challenge is to use these breakthroughs in an imaginative and safe way to develop low-input, high-output agriculture — low-input both in terms of natural and monetary resources.

In 1993, our group (at the Tata Energy Research Institute) made a seminal observation — Indian mustard types when crossed with east European types produce hybrids that are more productive than the best Indian gene pool lines. The mustard flower has both male and female parts and it predominantly self-pollinates. To develop hybrid seed — we require one of the two parental lines to be made male sterile so that it is forced to cross with the other line to produce hybrid seed. Farmers can grow the hybrid seed and achieve higher production. Our group tested many conventional breeding methods of hybrid seed production, and to date the best results are with GM method.

The GM technology used in mustard has been used extensively for hybrid seed production in rapeseed — a sister crop of mustard — since it was deregulated in 1995 in Canada, in 2002 in USA and in 2003 in Australia. In 2013, Canada grew rapeseed on 7.7 million hectares of land.  One hundred per cent of Canada’s rapeseed is transgenic (GM), 50 per cent under hybrids developed with GM technology and 50 per cent containing resistance to the herbicide glyphosate. In 2014 alone, Canada exported 9.6 million tonnes of seed, 2.3 million tonnes of oil and 3.4 tonnes of seed meal to all parts of the world.

Japan, a country that does not grow any GM crops, was the biggest importer. Canadian rapeseed oil, high in quality, is also being sold in the Indian market as a premium health oil under the brand name Canola. In spite of 18 years of safe consumption of millions of tonnes of GM rapeseed oil and meal, GM mustard containing the same three genes that were used in rapeseed has been rigorously tested for all the biosafety parameters in India. Final reports of all the tests and a request for deregulation will now be submitted to the Genetic Engineering Appraisal Committee (GEAC).

The first generation hybrid developed using GM methodology for pollination control yields 20-30 per cent more than the leading non-GM varieties currently in the field without any additional inputs of water or fertiliser. Better hybrids will follow as has happened with other crops around the world. As the research on mustard has been funded entirely by the department of biotechnology and National Dairy Development Board (NDDB), hybrid seed should reach the farmers at a very reasonable price.

Let me point out the fallacies and half-truths in her piece. Coconut, safflower and sesame in all probability had Indian origin, but groundnut is from South America, mustard is of Central Asian origin, rapeseed has never been grown in India except very recently. Soybean, contrary to Ms Shiva’s railing against it, is a good oil for health — in 2014, around 48 million tonnes of soy oil was consumed worldwide without any ill effects. Ms Shiva either does not know or is deliberately misinforming — the solvent used to extract soybean oil is “hexane” and not “benzene”.

India’s poor are mostly consuming palm oil and hydrogenated oils — both not very healthy. Ms Shiva is deliberately confusing a “GM-based pollination control mechanism” for producing hybrids with ill-conceived “Terminator technology”. If rapeseed hybrids are based on “Terminator technology” and there is a UN resolution against it, how come Canada, USA and Australia are using it so extensively? Use of a common gene does not transform a “pollination control technology” into a “Terminator technology”. Yes, GM mustard uses a gene conferring resistance to herbicide Glufosinate. It is also correct that all herbicides kill plants, especially weeds. But the truth ends there, the rest is mischief.

Worldwide agriculture is supported by herbicides. Germany, a country at the forefront of enunciating and following green policies, used around 20,000 tonnes of herbicides on 16 million hectare of land in 2013, three times more than India used for 170 million hectares of land. Why not run a campaign in Germany to ban herbicides? Ms Shiva knows nobody will listen. Moreover, in GM technology-based mustard hybrids, Glufosinate will be used only for hybrid seed production and not in the farmers’ field as mustard has no serious weed issues. Plant breeding, conventional and GM, will be foundational in meeting the challenge of bringing about low-input, high-output agriculture in the 21st century. Use of GM technology in developing productive hybrids in mustard is a step in that direction.

(Top photo: Vandana Shiva finds GM mustard bitter.  Bitter gourd hanging from a trellis at a vegetable garden of  a member of the Kovai Farmers Producers Company. Photo by Vivian Fernandes on 2 July, 2015).