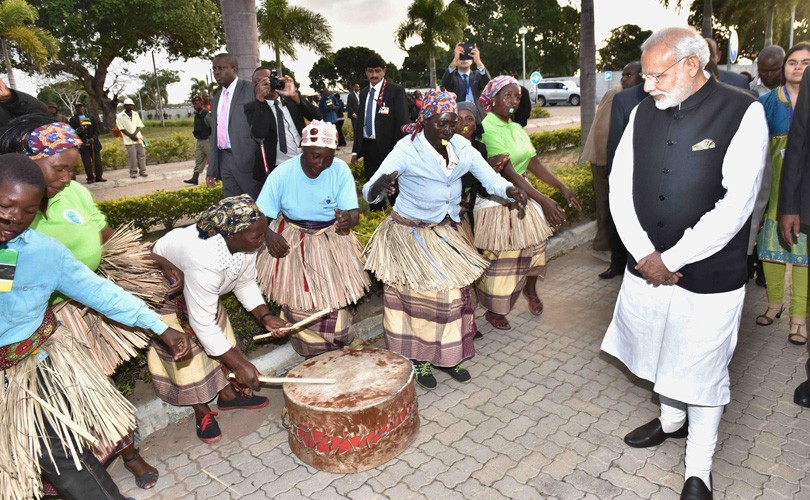 The trade deal on pulses with Mozambique is necessary but why not extend the same assurance to Indian pulses farmers asks Vivian Fernandes. This piece was first published in www.thequint.com

India’s trade arrangement with Mozambique on pulses with an assurance of guaranteed purchases over five years is necessary to deal with domestic supply shocks caused by erratic weather, but anxieties about food price inflation and nutritional security can be addressed by holding out such an assurance to Indian farmers as well.

Cabinet has given approval for of import of 1 lakh tonnes of pulses from the East African nation this year going up to 2 lakh tonnes by 2020-21. The imports will be done on a government-to-government (G2G) basis and also by private traders. While this has diplomatic payoff in a region where China is aggressively cultivating friends, there is uncharitable talk of a large corporate group with trading interests based in Gujarat inspiring the move, and the ruling party’s desire to reward the Prime Minister’s non-resident supporters, mainly Gujaratis.

The imports are  ill-advised and against the interests of farmers as a good harvest is expected this year owning to copious rainfall, a scientist said. He did not want to be quoted and be seen as criticising his employer.

Pulses output had declined in the last two years owing to deficient rainfall in production centres. Marathwada had experienced back-to-back droughts for two years. Output was 17.06 million tonnes last year and 17.15 million tonnes the previous year, down from 19 million tonnes in 2013-14. This year it is expected to be 20 million tonnes, food minster Ram Vilas Paswan had told news agency PTI earlier this week. Annual demand is about 23 million tonnes.

In Madhya Pradesh, because of damage suffered by soybean in the past two years owing to deficient rainfall and whitefly attack, some of the acreage is returning to pigeonpea (tur) and urdbean, observers said.

The Indian Institute of Pulses Research (IIPR), Kanpur, and its state centres are unable to cope with demand for seeds, especially of less-than-10-year-old varieties, which are subsidised.

From a food security point of view, India needs to encourage pulses production abroad to cope with domestic supply shocks caused by erratic weather. Since very few countries consume pulses like pigeonpea, farmers abroad will not grow them unless assured of a steady market. Long-term arrangements like the one with Mozambique are necessary.

The same commitment to Indian farmers is missing. Minimum support prices are announced, but there is little procurement by the government as pulses are not supplied by the central government through ration shops. If the government procured pulses in large quantities like it does rice and wheat, or paid the difference between support prices and the rate at which farmer sold their produce in mandis, directly into their bank accounts as suggested by NITI Aayog, much more acreage would come under pulses.

Currently, pulses are neglected crops. Being hardy, they are grown mostly in rain-fed areas. Pigeonpea, for instance, has seven flushes. When there are long dry spells the flowers wither, and output shrivels. One or two protective irrigations during the stress period could more than double pigeonpea productivity from an average of one tonne per hectare, says Venkat Mayande, a former vice-chancellor of an agricultural university in Akola.

Pest infestation, especially by pod borers is a serious affliction in pigeonpea and chickpea (chana). About 30-40 percent of the harvest is lost to them. If genes toxic to these pests are grafted into these plants through genetic modification (GM), much of the losses can be stemmed and productivity can rise. Such GM strains have been developed by Hyderabad-based Icrisat, Kanpur’ IIPR, Mahyco India, and Assam Agricultural University with Australian assistance. But the government has not shown the stomach to take on opponents of the technology and approve these strains for planting in farmers’ fields.

A strategy and commitment to increase domestic pulses production would see more storage capacity being created. Whole dals with seed coat intact do not keep long as they attract bruchids. But split dals with less than 15 percent moisture can be stored for a year.

Traders in India are also usually processors and procurers. Even the dal procured by the government and released to stabilize prices is said to be picked up them. They are performing a useful function, though the tendency in India is to vilify them as anti-social hoarders.

Cooperatives like the National Dairy Development Board have entered the business of procuring and selling pulses. We need more such collectives to come in and share a larger portion of the retail value with farmers to even out the volatility in pulses production and prices. And it would help if the government reached out to our farmers like it has done to those in Mozambique.