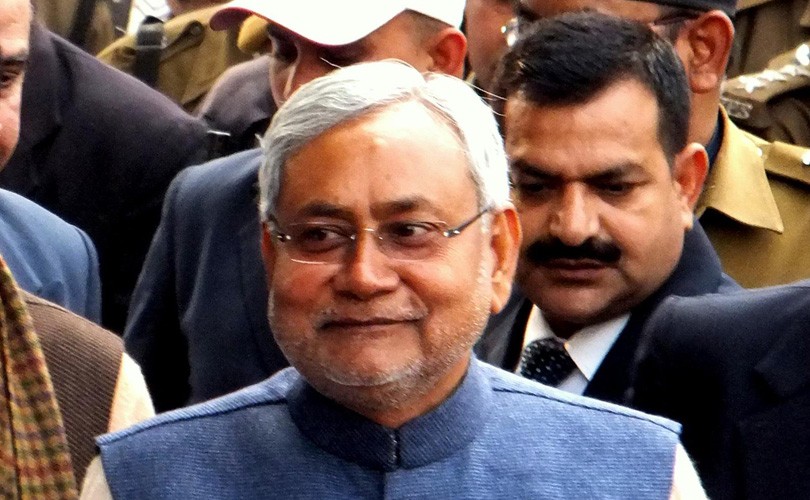 Bihar Chief Minister letter to the PM (reproduced on this website) may have been different if he has considered the facts presented here, reports Vivian Fernandes. A version of this report appeared in the Financial Express.

Bihar Chief Minister Nitish Kumar has inveighed against genetically-modified (GM) mustard. In a letter to the Prime Minister dated 6 October, and published by the state’s press information bureau, he has ‘strongly urged’ that the application for release of the hybrid cleared by a sub-committee of GEAC, the agri-biotechnology regulator, be ’over-ruled instantaneously.’ Kumar has bought wholesale into the assertions of anti-GM activists. One would have expected the head of a government to give the other side a hearing before making up his mind. This is an attempt to address that inadequacy.

The chief minister doubts that Dhara Mustard Hybrid -11 (DMH-11), developed by a team of Delhi University scientists, is a public sector product even though it was funded by the National Dairy Development Board (NDDB) and the Department of Biotechnology. The team comprising A.K. Pradhan, Y.S. Sodhi, Arundhati Mukkopadhyay and Vibha Gupta was put together by Deepak Pental after his return to India from the University of Nottingham in 1985. The work on mustard improvement was initiated at Tata Energy Research Institute, as it was called until 2003. The team migrated to Delhi University when Pental left TERI and was joined by another member – P.K Burma. Pental sought financial support from NDDB to continue with the mustard improvement programme. NDDB’s then chairman, Verghese Kurien, took deep interest and from 1996 onwards provided steadfast support to research on mustard breeding. The research group has worked for almost 30 years during which they developed non-GM mustard hybrids like DMH-1 and DMH-4 and published extensive work on mapping of quality traits and agronomically important quantitative traits using molecular markers, setting up the crop for major improvements.

In calling for summary rejection of the application for environmental release of GM mustard, Kumar shows impatience with a procedure established by law. The GEAC had appointed a sub-committee which studied the 3,000 page bio-safety data placed before it. The sub-committee produced a report, accepted by GEAC, in which it said the genetically engineered hybrid was alike in all respects to non-GM mustard and the proteins encoded by the three genes – bar, barnase and barstar introduced from non-pathogenic bacteria were either non-existent or present in such traces in the edible parts of the plant as to pose no health or safety concerns. As in Australia, this abridged docket was placed on the environment ministry’s website for public comments.

The conclusions drawn by the GEAC sub-committee have angered Kumar. If it is not adverse, it is not objective, he seems to suggest. He doubts the integrity of the regulators. ‘Conflict of interest plagues the decision-making system,’ he says ‘as per some media reports,’ without checking their veracity.

One of the members of the GEAC is A. K. Pradhan, who has taken over as director of Delhi University’s Centre for Genetic Manipulation of Crop Plants, following Pental’s superannuation. Pradhan, a co-developer of DMH-11 says he has never attended any meeting of the GEAC where the hybrid was discussed.  K.Veluthambi, co-chair of GEAC is a leading expert on genetic engineering techniques and has mostly worked on GM rice. For the anti-camp that is a disqualification. They indict B.Sesikaran because biosafety tests were conducted at an accredited laboratory in Hyderabad’s National Institute of Nutrition (NIN), of which he was director.

Without naming Bayer, the chief minister suggests that the developers are fronting for it. That is because their hybrid is tolerant to glufosinate, the active ingredient in Basta, Bayer’s herbicide. The word herbicide is actually misleading. It suggests that weeds are the vegetative equivalent of pups, to be nurtured with loving care. Glufosinate is a weed-killer. Farmers would welcome such a trait in mustard. National sample surveys have shown that wages are a significant component of agricultural costs, and manual weeding is quite expensive. Workers are also not available when most needed.  The chief minister sees weedicide tolerance as a zero-sum trait, where the German multinational gains at the expense of farmers, when the transaction is mutually benefiting.

Pradhan says weeds are not a serious problem with mustard. However, Orobanche, a parasitic weed, is assuming menacing proportions in the rainfed areas of Rajasthan. Orobanche however, cannot be controlled with glufosinate. Glyphosate, another weed-killer is effective, but DMH-11 is not engineered for resistance to glyphosate.

The chief minister believes that herbicide-tolerance has wreaked havoc on agricultural systems in countries where they have been approved.  In fact, modern agriculture is impossible without herbicides. They are widely used even in those countries which are votaries of green policies like Germany, which import GM products but do not allow the crops to be grown on their soil. Even zero-till conservation agriculture advocated by the Borlaug Institute for South Asia is not possible without the use of pre- and post-emergent herbicides.

Again without verifying, the chief minister writes that Bayer ‘reportedly’ holds rights to the genes used in developing DMH-11. It is true that Bayer held the rights to the process by which the bar gene is expressed in mustard or rapeseed.  This gene confers resistance to weedicide glufosinate. But the patent to the technology has lapsed.

Since mustard is largely self-pollinating, the parental lines of hybrid that is awaiting regulatory approval, have been modified – one with the barnase gene to make this parental line male sterile so that it gets pollinated and fertilized by the other parent – an East European line, resulting in hybrids that have high yield potential. The presence of barstar protein negates the action of barnase protein. As a result the hybrids grown by the farmers are fully fertile. The barnase-barstar system has also gone off patent. In the case of DMH-11, Delhi University and NDDB jointly hold the patent in the United States and India for a gene construct that prevents the barnase gene from expressing itself in tissues other than the plant’s anthers.

The chief minister doubts the yield increase claimed for DMH-11. But Trilochan Mohapatra, D-G, ICAR,. says ‘more than 20 percent heterosis (yield enhancement) has been recorded.’  He adds that he is ‘not really worried about heterosis in this particular hybrid as we can back-cross and generate better ones if this seed is deregulated and allowed for cultivation.’

The activists (not the chief minister) say mustard can be made male sterile using non-GM technology.  But non-GM cytoplasmic male sterility (CMS) is not quite efficient. A CMS system (126-1) discovered and patented by Delhi University group and used for developing hybrids DMH-1 and DMH-4 is limited in scope as it is stable only in one line – Pusa bold. In comparison, barnase-barstar-based method of pollination control, according to Pradhan, is a versatile system which can be used with any set of parental lines. CMS 126-1 also breaks down under very cold conditions which occur in Haryana and Punjab for a few days during winter. He cites DRMR–ICAR 2016 data on hybrid trials which shows that all the CMS-based mustard hybrids had male sterile plants – the frequencies going as high as 100 per cent at some of the locations. The barnase-barstar system produces almost 100 percent fertile hybrids, Pradhan says.

Kumar says transgenic technology is ‘hazardous.’ That is not the view most scientists hold. ICAR’s Mohapatra calls it ‘a wonderful science with tremendous potential.’ Indian Agricultural Research Institute’s Joint Director (Research), K. V.Prabhu says GM technology ‘is the most viable option’ for self-sufficiency in food. PAU’s Vice-chancellor Baldev Singh Dhillon says ‘we will have to either control our needs or we will have to grow GM food.’ At the end of June, 110 Nobel laureates issued a statement supporting genetic engineering of crop plants. They said there has not been a single example of the crops causing harm to humans, animals or the environment. They urged that ‘opposition based on emotion and dogma contradicted by data must be stopped’.One can only hope that the chief minister will follow evidence-based decision making for the good of the country and his state.