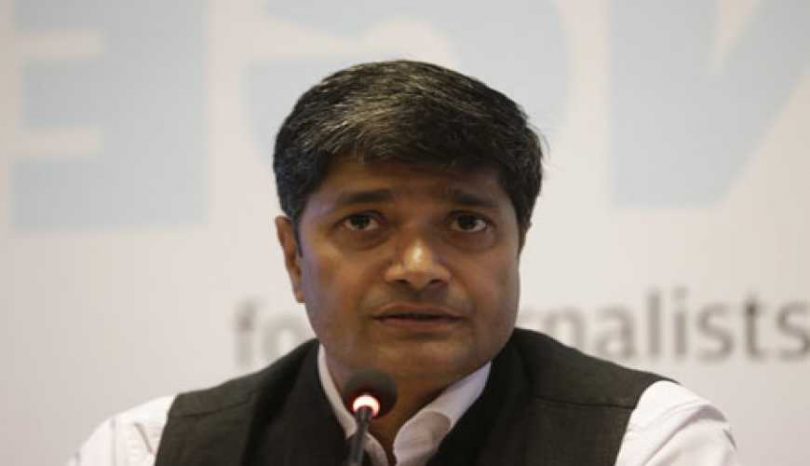 The Centre for Science and Environment responds to Vivian Fernandes’ report in the Financial Express questioning its findings; calls it a motivated smear.

One of the simplest ways to cast aspersions on a scientific study is to question its methodology. This strategy is not new to us at the Centre for Science and Environment (CSE). Those with contrary viewpoints or commercial interests have used it against us since we started monitoring the environment and food for toxins and contaminants about two decades ago.

When we released our study on pesticides in carbonated beverages in 2002, the first thing PepsiCo and Coca-Cola did was to hold a joint press conference and question our methodology. They said that their products are so ‘complex’ that they could not be tested in an Indian laboratory. Obviously, they were wrong—so were many others who tried to discredit our study by questioning the respective methodologies.

Fernandes, a fellow columnist in this newspaper, and Pradeep Burma, head of the department of genetics at Delhi University, have also got it wrong. In his column published on September 10, (https://bit.ly/2Me04bJ), Fernandes, a known supporter of genetically modified (GM) food, has questioned CSE’s recent study on the sale of illegal GM food in the Indian market. He called our test methodology “flawed” and our work “scaremongering”. Let me respond to the allegations made one by one.

Fernandes alleges that in contrast to CSE’s assertion, the import of GM food in India is legal and India has well-functioning institutions to take care of these imports. Clearly, he has not read our report because this is not what we said.

Our report categorically mentioned that the import of GM foods is subject to approval by relevant authorities and has labeling requirements as well. The problem is that all the products that we found to be GM-positive had not been approved by the Genetic Engineering Appraisal Committee (GEAC) or the Food Safety and Standards Authority of India (FSSAI). Many products were not labeled as “GM” and failed to comply with the Legal Metrology (Packaged Commodities) Rules, 2011. In addition, they violated the norms set by the director general of foreign trade to declare imported GM products at the ports. All in all, these products are being sold in the Indian market illegally. The FSSAI has accepted these findings and has recently issued a notice to GM-food importers for this illegality.

We also highlighted the “regulatory vacuum”, again accepted by the FSSAI, that developed after March 2016, when the responsibility of approving and regulating sales and import of GM-processed foods was transferred from GEAC to the FSSAI. As GEAC has relinquished its authority and the FSSAI is yet to enact its rules and procedures, there is no authority in India to look after the regulation of GM-processed food. The concluding point we made was that the FSSAI’s proposed GM labeling laws are weak and will dilute the labeling provisions of the Legal Metrology (Packaged Commodities) Rules. The FSSAI is yet to respond to this issue. Fernandes has wrongly contested our conclusion that the regulatory system for GM food is not working and needs improvement. He believes that everything is hunky-dory. We are not surprised by his stand. It is the avowed position of the pro-GM lobby that regulations are stopping the growth of GM foods and that they would like regulations to be relaxed further.

Fernandes’ second allegation is that CSE’s study is “scaremongering”; he thinks GM food is safe and even though there might be a violation of the law, GM foods are not a health risk. This is a highly irresponsible position. Firstly, one cannot condone violations of the law. Secondly, there is still a question mark on the safety of GM food as there has not been any long-term study. The parliamentary standing committee on science and technology and environment and forests, which studied the impact of GM crops on environment, human and animal health, highlighted, in its report dated December 2017, the absence of a long-term scientific study on unintended health impacts of GM foods in the Indian context. The report mentioned that the authorities are relying solely on studies that were not done on the Indian population and climate.

Fernandes’ apparent position that GM food is safe because the companies say so is equally irresponsible. Companies like Monsanto, which promote GM crops, have been found to ghostwrite their own safety reviews. Recently, Monsanto was fined $289 million in California because its herbicide, glyphosate, was indicted for causing cancer. The jury found that Monsanto knew about the dangers of this weedkiller but failed to warn consumers.
Let us now address the accusations on the test methodology. Fernandes, relying on observations by professor Pradeep Burma, mentions that the CSE study lacked “rigour in experimental design and analysis”. Along with comments made by an expert from Central Food Technological and Research Institute (CFTRI), he raised two questions about our methodology. The first was about the possibility of false positives due to lack of extraction control in the study design and the second was about the improbability of finding GM DNA in oils.

Both allegations hold no ground. Extraction control is the least one would expect from an analyst. When an analyst has done positive and negative control, it is a given that she/he would also test reagents to rule out contamination. Yet, professor Burma churlishly raised this issue. As a professor of genetics, he should have concluded that the methodology used was rigorous enough since 68% of the samples were not GM-positive. But he didn’t because it didn’t suit his purpose.

Similarly, the comments of Lalitha Gowda, the ex-chief scientist of CFTRI, that it “was impossible” to obtain GM DNA or protein from refined oil is a red herring. Just because, ten years ago, CFTRI could not detect GM DNA in refined oils, it does not follow that GM DNA cannot be detected now. Oils are tested regularly for GM contamination across the world. There are methodologies published in scientific journals for these tests. Many countries, including the members of the European Union, have labeling requirements on oil based on the amount of GM ingredients. So, questioning CSE’s lab for finding GM DNA in oil is scientifically untenable. It is because of these motivated questions that we didn’t respond to Fernandes’ queries.

CSE is not pro- or anti-GM. We believe that growth in biotechnology must be accompanied by a scientifically rigorous process that establishes its safety for human health and the environment. In addition, there must be a strong regulatory mechanism to assess safety and prevent and control unintended consequences. The pro-GM lobby will hate our position. They want weak regulatory systems for quick introduction of GM food in the market. They do not want labeling of GM food. They want society to accept GM food without an explanation of the pros and cons.

The one thing history teaches us is that there are rewards for innovation but no liability for its unintended consequences. We have seen this with pesticides and the many chemicals that were introduced in the market without rigorous scientific assessment. Companies made billions, but society paid a terrible price. We should not repeat the mistake.