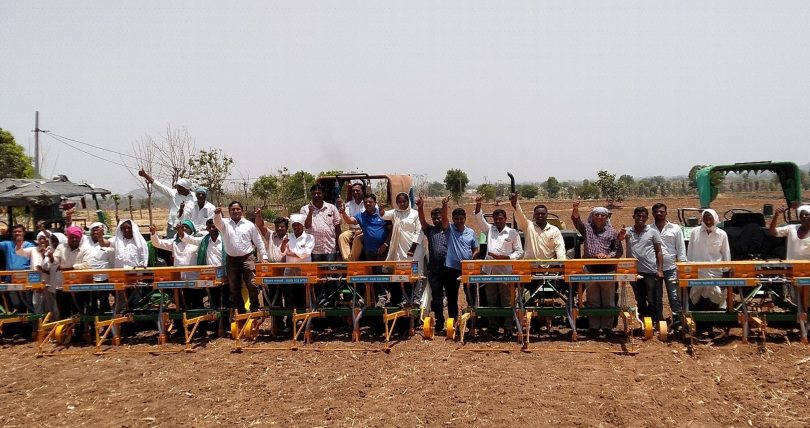 One of the ways in which seed companies can drive their business is through densification of planting. And Corteva Agriscience, which has a thriving business is maize (corn) hybrids, is doing just that by encouraging the use of mechanical planters, reports Vivian Fernandes.

The planters are tractor-mounted seed drills, costing about Rs 60,000 each. They can plant about 65,000-70,000 seeds per hectare against the plant population of 45,000-50,000 achieved though conventional methods. (Corteva Agriscience is the new name for the seed and crop protection company that emerged from the merger of The Dow Chemical Company and DuPont in September 2017. It became operational in January 2018. It has also absorbed the seed business of Pioneer Hi-Bred).

It is no longer enough for companies to be making money. They have to be socially responsible in a visible manner. In Madhya Pradesh’s tribal districts of Hoshangabad and Betul, Corteva will subsidise the planters by half. It has tied up with a company to produce the machines. Farmers prefer to own the devices rather than rent them, though that option will also be available. Enterprising rural youth will be encouraged to set up hiring centres. The scheme will not be open-ended. Last year, 700 planters were provided and this year about a thousand. Over 12,000 tribal farming families will be covered in these two districts. The scheme will also be extended to the tribal districts of Telangana, Andhra Pradesh, Karnataka and Maharashtra, Aruna Rachakonda, the company’s marketing director for corn mechanisation in South Asia said.

Apart from making dense planting possible, mechanical planters help cover a larger area in a day. This reduces the variability of yield in a plot. If planting is done manually over multiple days depending on the availability of moisture, yield tends to vary because of different germination rates. Rachakonda says an yield improvement of 15-20 percent has been observed in field demonstrations over the last two seasons, and income can increase by as much depending on the market prices. 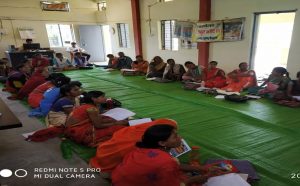 A not-so-tangential benefit of mechanical planting is the reduction of drudgery for women, particularly in the tribal areas, were men migrate to the cities for work. Women have to combine household chores with farming.

Densification requires plants of the appropriate architecture; close planting should not result in the plants getting less sunlight. Weeding is an issue, but can be done either manually or with the use of commonly-available herbicides.

The maize crop in India is facing a new threat from Fall Armyworm. It was spotted in 2018 in small areas. In 2019, it infested the crop in Maharashtra and Karnataka and towards the end of the season was found in Madhya Pradesh as well. The incidence of the pest attack has been less this year. Genetically-modified Bt maize would have helped contain the stubborn pest. Since the technology has not been approved in India, pesticides have to be used. Rachakonda says Corteva has a molecule which is effective when sprayed on maize whorls about 15 days after sowing.

There are other issues with maize sown during the rainy season apart from pest and disease attacks. Drying the cobs to the desired moisture level to prevent fungal damage becomes difficult for tribal farmers who store the harvest in their homes and can’t put it out to dry when there is continuous rain.

Prices are also volatile. Though the government announces minimum support prices, there is no assured procurement as maize is not supplied through ration shops.  It is primarily a feed crop that is fed to cattle, pigs and poultry. There was a slump in prices this year as people avoided eating chicken and eggs for fear (mistaken) of contracting Covid-19. While Andhra Pradesh was procuring maize at the minimum support price of Rs 1,760 a quintal, maize was selling for as low as Rs 1,250 a quintal in Bihar.  Last year, around July, maize was selling for over Rs 2,000 a quintal.  With rising prosperity, maize consumption will grow as people consume more milk, meat and eggs. Densification is one way to raise yield and lower costs.