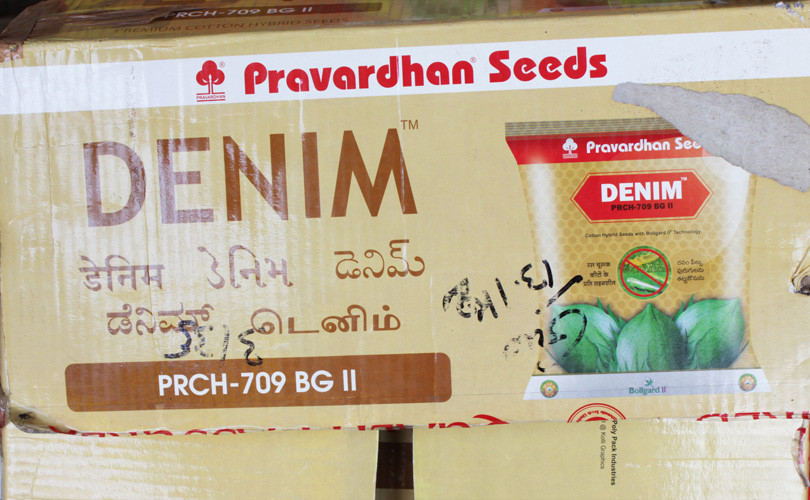 The company’s prerogative to fix fees for its proprietary technology is being challenged by seed companies on multiple fronts and they are getting government support, reports Vivian Fernandes. (This story was updated on 22 February with link to an editorial on the issue in Financial Express).

The Competition Commission of India (CCI) has in a 5:6 majority decision decided to investigate Mahyco Monsanto Biotech Limited (MMBL) for likely abuse of dominant position, but the sole dissenting member said an investigation was not warranted. It was responding to an application by some seed companies whose licenses had been terminated, and a reference by the agriculture ministry.

In ordering the investigation the commission was prompted by the fact that 99 percent of India’s cotton acreage is planted with cotton hybrids with MMBL’s patented Bollgard II bollworm resistant Bt technology. It noted that of 1,128 Bt cotton hybrids approved for cultivation by the Genetic Engineering Appraisal Committee (GEAC) till 2012, 986 had MMBL’s technology. Significant entry barriers were imposed by the high cost of developing and commercializing Bt technology and the time length for regulatory approval.  Even the three competing suppliers of Bt technologies with one insecticidal gene ─ J K Agri Genetics, Nath Seeds and Metahelix Life Sciences ─ were sub-licensees of MMBL for the two-gene Bollgard II technology.

MMBL is an equal joint venture of Monsanto Inc, USA and Maharashtra Hybrid Seeds Company or Mahyco, which itself has a 26 percent stake from Monsanto.

The commission thought MMBL’s agreement requiring licensees to inform it within 30 days of undertaking the development of hybrid cotton seed production with a competitor’s insect resistant trait, under pain of termination, was harsh and a deterrent to competition. It did not view kindly the clause that allowed MMBL to terminate a license if governments interfered with trait fees.

The commission felt linking trait fees to retail prices was not justified and did not account for properties that the licensees infused into their hybrids, like length of fibre, high yield or climate resilience, though own breeding efforts.

By serving termination notices on three franchisees for failing to deposit trait fees collected from farmers during the last and previous kharif season,  and not entertaining their claims on MMBL to refund trait fees in excess of those fixed by some states, the commission felt MMBL was using its dominance to advance the interests of Mahyco, and Monsanto Holdings Private Limited, which were in the seeds business.

But the dissenting member said the Competition Commission Act was enacted to promote economic development which presumes freedom to trade. The law leaves pricing to market forces. It only prevents ‘predatory’ and ‘unfair’ pricing unlike the predecessor legislation which proscribed ‘unreasonable pricing’ through ‘monopolistic practices.’ He said it is difficult to determine what is excessive and excessive need not be unfair.

The dissenting member said the trait fee issue had a long history of disputation but with the Central government notifying the price control order last December, and assuming the power not only to fix the retail price but also the trait fee, there was no need for the CCI to interfere. Requiring licensees to inform MMBL did not prevent them from engaging with competitors and could not be termed restrictive. The decline in Mahyco and Monsanto Holdings’s share of cottonseed market from 13 percent to seven percent was evidence, for him, that MMBL was not abusing dominance to advance the interests  of its associate companies.

(Top photo: A brand of Pravardhan Seeds, one of three licensees of MMBL which moved the CCI. Photo by Vivian Fernandes)