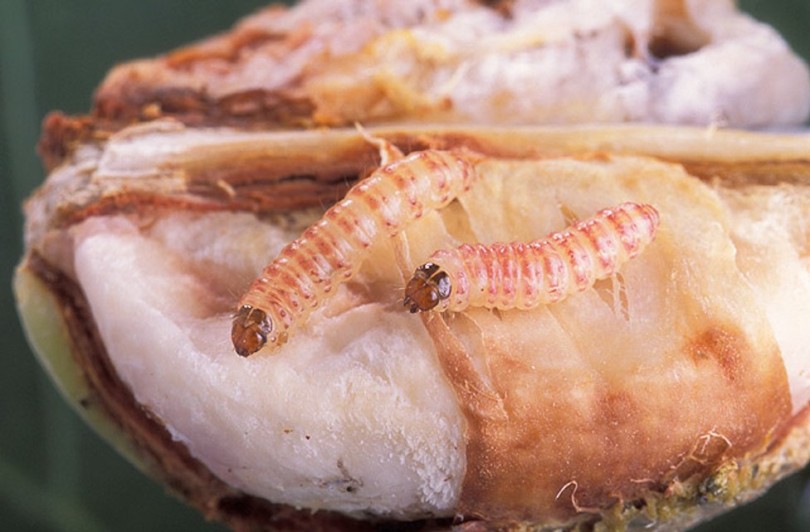 T N Ninan, Chairman of Business Standard’s board, describes India as Cinderella Nation, which acts just before the midnight hour. True to label, it is now taking measures, after winking at rules, to halt the spread of resistance to Bt cotton in pink bollworms seen in about five percent of cotton crop in Gujarat, reports Vivian Fernandes.

The government is likely to allow blending of Bt and non-Bt cottonseed, possibly by the beginning of the next sowing season, to counter resistance to pink bollworm, as a committee of the ministry of agriculture has accepted the concept called ‘refugia-in-bag’ and tasked a group to develop seed quality standards. The blending will need amendment to the Seed Act.

The emergence of resistance in pink bollworm to Mahyco-Monsanto’s Bollgard II technology, less than ten years after it was approved for use in 2006 in some districts of Gujarat has lent urgency to the measure. This was emphasised at the first meeting of the committee in September.

This once again points to a governance deficit and the inability or unwillingness of governments to enforce the rule requiring farmers to plant non-Bt cotton around the perimeter of Bt cotton fields for bollworms to feed on. Without the refuge area, bollworms would develop resistance through natural selection – and they have.

The crisis, if it can be called that, is also proof that India is Cinderalla nation, which acts just before the midnight hour.  Whether it is pollution in Delhi or natural calamity in Chennai, Uttarakhand and Mumbai, action is postponed till it can be delayed no further.

Agriculture officers disregarded the widespread violation of the rule requiring five rows of non-Bt plants to be planted in a field, which farmers consider a waste of valuable space. Seed companies, which are required to provide non-Bt seed along with every 450 gram packet of Bt seeds, complied at a matter of formality supplying spurious seeds or those that would not germinate.

‘Do we really need refuge areas in India?’ asked Gurjeet Singh Mann, a progressive farmer from Punjab at a seminar on the subject in Delhi in December. It was a necessity in the United States were vast swathes were planted with a single crop. In India varied crops provided bollworms a choice of feed, he said. He felt the rule makers had gone overboard in prescribing a fifth of the field as refuge area, when five percent sufficed.

Farmers chasing yield and profits at any cost had instead settled on profitable pigeon pea or tur, as a refuge crop. But tur hosts the American bollworm and not pink bollworm.

About five to ten percent of the cotton crop was infested with pink bollworm in Gujarat, P B Khistariya, the state’s deputy director (agriculture) said. The pest had re-emerged in the districts of Amreli, Bhavnagar, Junagarh, Rajkot, Baroda and Ahmedabad.  Consequently, cotton area in the state had declined to 25 lakh ha this year against 30.10 lakh ha last year, he asserted.

Pinkworm resistance to Bollgard I was observed in 2009 in Amreli, Bhavnagar, Junagarh and Rajkot, for the same reasons.

The reduction in area may have also been caused by a fall in cotton prices.

The extension of the crop with supplementary irrigation to eight-ten months allows the pest to breed over a longer period. Termination of the crop by December would interrupt the breeding cycle, K R Kranthi, Director of the Central Institute of Cotton said.

At the meeting, Kranthi suggested twelve measures for control of the pest including (a) blending Bt cotton seeds with five percent non-Bt cotton or late Okra (ladyfinger or bindi, which also hosts the pink bollworm; (b) Growing shorter duration 150-160 day cotton varieties or hybrids; (c) the use of Trichogramma bactriae, a parasitoid that destroys the pink bollworm by laying eggs within its eggs; (d) light traps and pheromone traps near fields, ginning mills and cotton yards; (d) the destruction of cotton waste and stalks soon after harvest to kill residual pupae and larvae; (e) and spraying the crop with Quinalphos or Thiodicarb once, in mid-October when the population of the pest crosses the economic threshold level (ETL) or with pyrethroid in November at ETL.

Kranthi also said that the two toxic Bt proteins (Cry 1Ac and Cry 2Ab) found in Bollgard II should be present in all seeds within the cotton boll. This is called homozygous expression. Currently,  some seeds have no Bt toxin at all, while a few other have one or the other Bt gene but not both. This allows the worms, which reside within bolls, to develop resistance. Kranthi blamed the practice of producing hybrids with one homozygous parent and not both for this phenomenon.

D K Kapoor, Deputy Director (plant protection) Division, called for the development of Bt cotton hybrids with additional resistant genes and the identification of crops that could be promoted as trap crops. Currently, besides ladyfinger, hibiscus and jute are known hosts for the pink bollworm.

The National Seeds Association of India (NSAI) emphasised that there was no other technology save Bollgard II currently against pink bollworms. While endorsing the reduction in refuge requirement from twenty percent to five percent, it sought a relaxation. It said the development of non-Bt seeds that were similar to Bt seeds (except for the toxic protein) for blending would take two to three years. Till then, the mixing of Bt cottonseed of any hybrid which have agronomic compatibility with Bt cotton hybrids should be permitted.