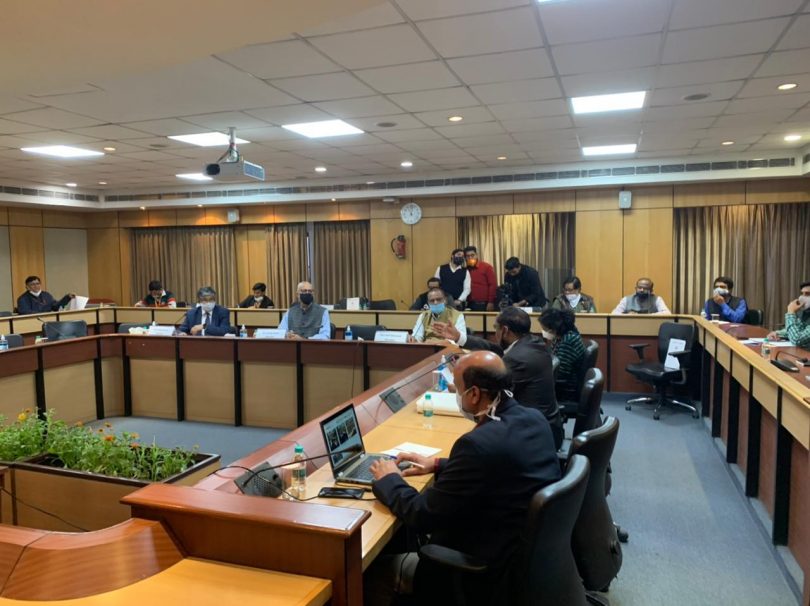 The Supreme Court Committee on Farm Laws today heard representatives from the Shetkari Sanghatana led by its Executive President Lalit Patil Bahale. It is the organisation to which one of three members of the committee, Anil Ghanvat, belongs. In fact, Bahale was made the acting president in place of Sanghatana President Ghanvat who is operating from Delhi to submit a report to the SC by March after hearing the representatives of farmers’ organisations.

The appointment by an SC bench, headed by the Chief Justice of India Sharad Bobde, of agricultural economist Ashok Gulati, former IFPRI Director for Asia, P K Joshi,  Ghanvat and Bhupinder Singh Mann of the Bharatiya Kisan Union (Mann) came as a surprise because they have publicly supported the three central laws which the protesting farmers of Punjab, Haryana and western Uttar Pradesh want to be withdrawn. Mann has withdrawn from the committee but that didn’t stop him from being expelled from his own organisation which has now been renamed BKU (Punjab).

The Chief Justice is quite conversant with farm issues and has had ties with the Sanghatana. In an article in thewire.com, Pavan Dahat, a Maharashtra-based freelance journalist said the Chief Justice was close to the Shetkari Sanghatana in the 1980s and had provided legal help to the Maharashtra-based farmers’ union, which unlike most other peer organisations does not demand farm subsidies but wants free access to domestic and world markets, and also the freedom to access technology. The journalist cited Vijay Jawandhia, who had founded the Sanghatana with Sharad  Joshi but had fallen out with him. Jawandhia had differences with Joshi on the union’s free-market orientation and disapproval of support prices. A senior member of the Sanghatana who had worked closely with Joshi recalled staying at the Chief Justice’s house in Nagpur whenever they visited the city. He said Jawandhia had fallen out over the issue of Joshi’s support to two Rajya Sabha candidates.

But the Chief Justice’s association with the Sanghatana is no secret. He acknowledged it soon after being appointed in an interview to Times of India’s Dhananjay Mahapatra. When Mahapatra asked him about the best moments in his legal career, Bobde said filing insolvency pleas on behalf of 3.9 lakh Maharashtra farmers to save them from debt recovery officers (DROs) was very satisfying. “The farmers were perennially debt-ridden because their products didn’t fetch them the money invested to grow their crop. There was an agitation by Sharad Joshi to stop DROs of cooperative banks from entering the village as they were taking away utensils and other items from the farmers’ homes. I advised them and then filed insolvency pleas on behalf of the farmers. The Bombay HC and later SC stayed debt recovery from farmers,” Bobde said.