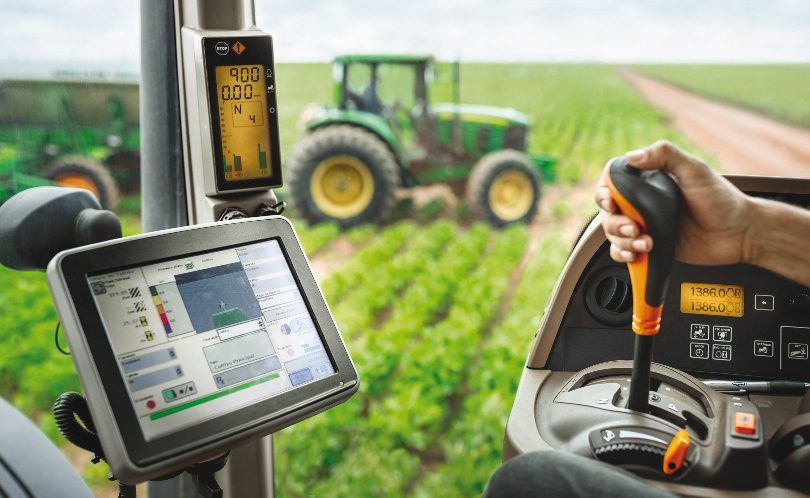 Vivian Fernandes reports on Bayer’s Future of Farming Dialogue 2019 held in Germany in the first week of October. It offers a peek into the technologies and business strategies that are driving agriculture in the advanced countries. This is a fuller version of the article that was published in the Financial Express.

Rather than sell products, can companies engaged in the seeds and crop protection businesses charge farmers for outcomes? Liam Condon, Member of Bayer’s Management Board and President of its Crop Science Division said advances in digital technology have enabled such a business model. The company will make a recommendation to a grower and guarantee an outcome. If the yield falls short, the grower gets a discount on the prices they paid for inputs from the company. If it exceeds the promise, the company gets a share of the upside. “We are trialling this in the US; we are taking out some of the risk,” Condon said referring to a pilot programme with several US maize farmers. 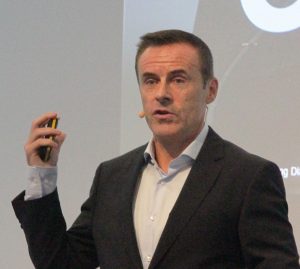 attached to farm equipment to be easily collected and processed. Crop yield is influenced by the genetic traits of seeds and also by factors like composition of the soil, organic matter in it, the presence of beneficial microbes, moisture, temperature, nutrients and crop protection measures. Machines can analyse this data and enable growers to manage variability within a field and obtain higher crop yields through customised agronomic plans for precision application of irrigation, fertiliser and pesticides. The data can also help in evaluating the performance of different seeds.

“We are on track for (receiving data) from 90 million paid acres globally by the end of 2019,” said Sam Eathington, Chief Science Officer of The Climate Corporation, which Monsanto acquired in 2013 and became part of Bayer through its acquisition of Monsanto completed in June 2018. “We make that information actionable.”

By paid acres Eathington meant the acreage planted globally by growers subscribing to its digital farming tool, which provides advice to farmers on what to plant and how, using weather information, satellite imagery and field data.

Based on weather and soil data from 2009 onwards, Climate Corp has developed a model that predicts the performance of various corn hybrids. After being validated with customer information from about four million acres, it was tested on 20,000 acres of a US maize farmer in 2018. The hybrids recommended by the seed advisory yielded six bushels (152.4 kg) more per acre over those the farmer chose. This year the experiment was extended to 17 maize farmers and 100,000 acres across three states in the US midwest. There was a gain of over 9 bushels (228.6 kg) per acre over the hybrids which the farmers planted on their own in split-field trials.

This is the future of farming and I got a peek into it at a Bayer event in Germany to which the company invited me at its expense. Farmers, academics, activists, industry executives and journalists from 40 countries attended.

The event dripped of ‘sustainability.’

Bayer said it would reduce the environmental impact of its products by 30 percent by developing crop protection products that have a lower volume of active ingredients and can be applied precisely. It would cut down earth-warming emissions by 30 percent from fields under the most-emitting crops in the regions that it serves; and make ‘sustainable’ technologies available to 100 million small-holder farmers. These three goals would be achieved by 2030.

Sustainability is a political compulsion. Unlike the US, Europe has a strong environmental movement. In European Parliament elections in May, the Greens fighting on issues of climate change and an economy based on renewable energy came second among German voters after Chancellor Angela Merkel’s conservatives. In a subsequent opinion poll they did even better than her coalition. 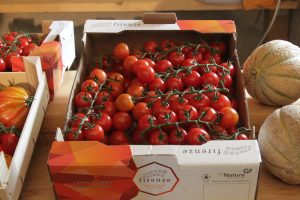 Produce produced sustainably may not be as pretty as these tomatoes.

“We have basic EU rules, but over EU we have more rules,” says Bernhard Barkmann, who rears pigs and beef bulls on a 50-hectare farm dating back to 1553, in Lower Saxony, about 20 km from the Dutch border. He finds farming regulations and animal welfare rules quite onerous and has taken to blogging to influence government policy.

Nadine Henke, a veterinary doctor who rears piglets for sale ─42,000 a year ─ on her family farm of 20 hectares in Lower Saxony says “we have a lot of discussion in Germany about castration of pigs, tail docking and sows in cages. The rules affect me.”

Bernd Olligs, a sixth generation farmer  who grows wheat, barley, oilseed rape, potato and sugar beet on 360  hectares at Damianshof, about 35 km north of Cologne,  says he gets €1,500 ($1,650) per hectare of flowering strips from the government. “We have been told to plant hedges that promote biodiversity but we need research on the species that flower the best and attract the most beneficial insects,” he said. A neighbouring farm had an ‘insect hotel’ ─ a tin-roofed wire mesh enclosure with small logs and hollow stems for bees and bugs to nestle in. .

Sustainability is also a commercial necessity. Change in weather patterns requires crops to be resilient. They must cope with droughts, frost, flooding, salinity, pests and diseases. Yields must increase to feed a growing population with lesser resources – land, water, fertiliser, fuel and pesticides. Farming practices are under increased scrutiny from regulators as is the chemistry of plants protection products..

Some of Bayer’s sustainability commitments will be met through business as usual. The company is betting big on glyphosate, Monsanto’s weedkiller sold as Roundup. The company has lost three US lawsuits which allege that the herbicide causes cancer and it hid the information. Since June last year, it has lost $40 billion in market cap which is 60 percent of the price it paid for Monsanto. It believes it will win on appeal and takes heart from the US Environment Protection Agency not agreeing to a demand for a cancer warning label.

To emphasise its sustainability credentials, Bayer cites its glyphosate-tolerant and borer-resistant soybean planted on 73 million hectares in Latin America, which, it says, has yielded 20 million tonnes more per year by preventing yield losses through weed control.  Higher yield has resulted in lesser loss of rainforest and an annual saving of 20 million litres of water.

Herbicides also make possible conservation agriculture, where fields are not ploughed and seeds are planted with drills through the residue of the previous crop left to rot in fields. The tractor use averted by the use of herbicide-tolerant soybean in LatAm has resulted in lesser emissions equivalent to keeping three million cars off the road annually, the company says. No-till agriculture conserves soil moisture, enriches it with organic matter and enables microbes to thrive.

Another farming practice which does not require the company to break into much of a sweat to achieve its sustainability goals is direct-seeded rice. This method of rice cultivation does not require paddies to be flooded. It averts the emission of methane which is more earth-warming than carbon-dioxide. But it requires herbicides to control weeds. (Incidentally, the Indian Agricultural Research Institute is trialling three strains of Pusa Basmati 1121 and 1509 that had been made tolerant to sulphonylurea herbicides through conventional breeding). Seeds designed for DSR will also have to be developed.

Mathias Berninger, the company’s head of public affairs and sustainability (and a former Green Party politician), said a sustainability council with outside members would be set up to review compliance annually.  He cited a proprietary pesticide against citrus plant sucking pests which has 70 percent less active ingredient. The Environment 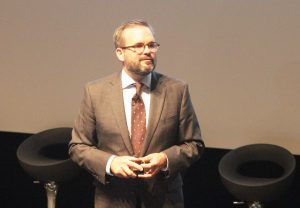 Impact Quotient developed by Cornell University would be used to measure how benign or otherwise a crop protection product is.

Robert Reiter, Head of Crop Science R&D, said synthetic biology could help craft plants like maize to behave like legumes and store atmospheric nitrogen in root nodules. He said the company was investing in biological alternatives to chemicals for pest and disease control and cited a third-party patented product (which Bayer distributes) that combats pests by disrupting cell function and feeding activity. The active ingredient of this insecticide is a byproduct of extra-virgin oil. He mentioned another fungicide whose active ingredient is a strain of the bacterium, bacillus subtilis, which stimulates a plant’s natural defences. A novel approach to management of resistance (in weeds and bugs) is RNA Interference technology which can silence undesirable genes 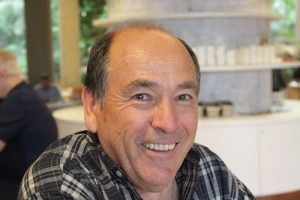 in a targeted way. (According to Reuters, Texas A&M University scientists have used RNAi technology to silence a gene that produces gossypol, a toxic chemical in cottonseed, making it edible. The US Food and Drug Administration approved it as a food source on 11 October.  The genetically-modified cottonseed tastes like chickpea or chana, the wire service said quoting Keerti Rathore, plant biotechnologist at the university).

To some people the high-tech developments in agriculture are a cause of dismay. The innovations cost a lot of money and the companies will recover it from farmers, says Miguel Altieri, Professor of Agroecology at the University of California- Berkeley. They would make farmers more dependent on the corporations, not less. There were traditional systems of agriculture that have stood the test of time and are resilient and sustainable. “When you look at the total output (of eggs, milk, vegetables) and not just the yield from one crop you will see that small farms are more productive than large farms,” said Altieri, keeping the sustainability debate open.