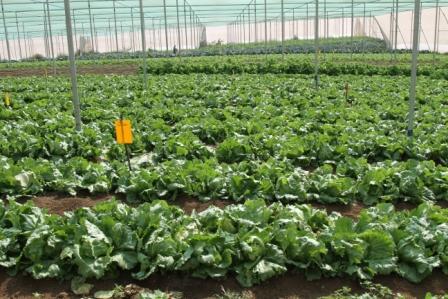 Supporters of the three central laws that free up agricultural marketing say market prices will lead to rational cropping patterns based on demand and supply. But in an op-ed article in the Business Standard on 19 January, 2021, Nitin Desai says this misses the distributive dimension, that is, agricultural marketing systems should lead to fair prices for producers and consumers and only normal profits for intermediaries. This may not happen, he says, because the market for agricultural produce is different from that for manufactured products for the following reasons:

This gets reflected in the wide gap between producer and consumer prices which ranged between 28 percent and 78 percent in an RBI survey, with perishables at the lower end.

Desai says there are three options other than open markets: (a) substantial direct public-sector involvement in wholesale procurement and distribution. This happens in the case of wheat and rice which the state almost entirely procures in Punjab and Haryana and to a lesser extent in Madhya Pradesh, Odisha, Chhattisgarh and western Uttar Pradesh. (b) Private procurement, which is the principal mode for fruits, vegetables, spices, cotton and plantation crops.

Neither of these options gives farmers a stake in the value chain up to the consumer. For this, there must be cooperatives or producer companies. Desai cites the examples of the dairy cooperatives which have raised per person daily milk availability from 112 grams in 1968-69 to 394 grams in 2018-19. The market for milk and milk products is stable; the seasonal price variation is just 0.6 percent

Desai says the relevance of the three options means that the Centre must respect the fact that the choices for agricultural marketing must be left to the states as required by the Constitution and for practical reasons given the diversity of agricultural economies in India. The centre, he says, has a dominant role in international trade but its record is not inspiring because it has on numerous occasions mistimed its interventions to ease exports or allow imports. Free trade in agri-produce is hardly possible in a global trading system where restrictions are the norm. But what is possible is a policy that normally allows free trade particularly for exports to encourage investments by farmers.