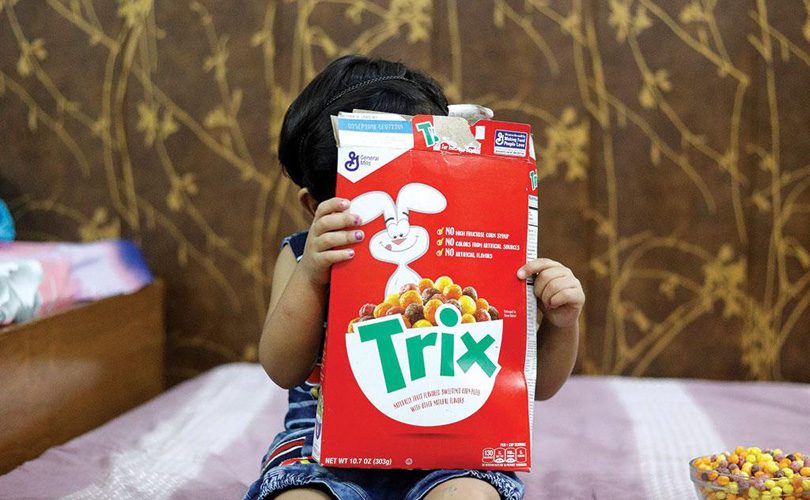 Vivain Fernandes counters the allegations of Delhi’s Centre for Science and Environment (CSE) that the import of food containing GM plant material is disallowed and that the imports are happening without regulatory approval.

Are the regulators sleeping on the watch while processed food containing genetically-modified (GM) plant material is being imported into the country?  In a study released at the end of July, the Centre for Science and Environment (CSE) said it had detected GM material in 21 of 65 food samples it had tested from Punjab, Gujarat and the Delhi region. Of these 16 samples were of imported food.

The government has indeed allowed the import of food and feed containing GM material subject to approval of the Genetic Engineering Appraisal Committee (GEAC) in the ministry of environment. The GEAC derives its authority from the rules framed in 1989 to give effect to the 1986 environment protection Act, which among other things, governs GM crops.

It is true that the Food Safety and Standards Authority of India (FSSAI) has not allowed the import or manufacture of GM food “on paper” or otherwise, though it is empowered to do so under Section 22 of the act that brought it into existence in 2006. That is because, the health ministry issued a notification in 2007, asking the GEAC to continue regulating GM food as the FSSAI had not framed the necessary regulations nor had the necessary expertise. The GEAC held the FSSAI’s powers in abeyance through regular notifications till it decided at its meeting to March not to do so anymore.  It transferred to FSSAI the nine applications it had for import of herbicide-tolerant and insect-resistant soybean and rapeseed oils from Monsanto Holdings, Dow Agro Sciences and Pioneer Hi-Bred Seeds.

These companies sought approval for import of oils from plants containing their “events.” An event is the term for the location on a plant chromosome of a foreign gene that helps produce desirable proteins (for, say, herbicide tolerance or insect resistance). The GEAC was not abdicating its responsibility by passing on the import applications. The Supreme Court had in August 2017 directed FSSAI to frame regulations and guidelines for GM food articles and get Parliament’s approval for them. It passed the directions on two writ petitions filed by anti-GM activist Vandana Shiva.

The tests which CSE conducted to detect GM material in food – quantitative Polymerase Chain Reaction – is flawed, according to Pradeep Burma, Head of the Department of Genetics at Delhi University. He said it lacked “rigour in experimental design and analysis.” The manual for the test kit used by CSE in its investigation recommends three control reactions: positive control, negative control, and extraction control. Only the first two had been done.  (A positive control is a test of the sample with GM DNA fragments, a negative control is one with a sample (say soybean oil) that does not contain GM DNA material and extraction control is a test only of the reagents used for testing to rule out contamination).  Burma, who studied CSE’s test data, also pointed out other anomalies. His comments were sent to CSE for comment on 8 August but no reply has been received.

Lalitha Gowda of the Central Food Technological Research Institute (CFTRI), Mysuru, said her team had tested oil samples sent by GEAC. The first such test was in 2007 when the Solvent Extractors’ Association had applied for blanket permission to import oil from soybean containing foreign herbicide-tolerance (HT) and insect-resistance (IR) genes. Gowda recalls centrifuging the samples to obtain a pellet of residue. A PCR was done on the residue sample. “We could not get DNA from refined oil. It was impossible to obtain DNA or protein. We said it was not absent but it was not detectable.” This is recorded in the minutes of GEAC’s June 2007 meeting giving import approval to SEA. Gowda was CFTRI’s chief scientist till her retirement in 2014.

Gowda says CFTRI’s PCR tests were rigorous. Apart from the three controls mentioned earlier, they would do environment control (to detect the presence of contaminant DNA in the lab’s atmosphere) and template control. And just to make sure that the instruments were not acting up, they would spike a sample with ordinary soy DNA. When the instruments detected it they were assured they had not obtained false negatives.

Between the health ministry’s notification in 2007 and March, when FSSAI took over, there were 56 meetings of the GEAC. A review of their minutes shows that GEAC dealt with import applications, and complaints, quite diligently.  Companies that owned the proprietary GM traits for herbicide-tolerance or insect resistance ─ most GM crops approved for cultivation globally so far have either or both these traits─ filed applications for import of products from plants containing those traits so that importers did not have to individually apply. These applications were filed by Monsanto Holdings, Bayer BioScience, Pioneer Hi-Bred, BASF India and Dow AgroSciences.

In April 2008, the GEAC adopted the final draft for safety assessment of food derived from GE plants. It was prepared by the Indian Council of Medical Research (ICMR). The guidelines were discussed at the GEAC’s meeting the previous November. Several objections were raised by a member, PM Bhargava, known for his anti-GM stance. The draft was posted for public comments and the final draft was adopted after addressing them.

In May 2008, the anti-GM NGO, Greenpeace, complained to GEAC about the import of Doritos Cool Ranch corn tortilla chips made by Frito-Lay, a subsidiary of Pepsico. It said the presence of herbicide-tolerant soy and maize was detected in them. GEAC formed a three-member committee. Greenpeace was called for a hearing but did not turn up. When it was asked to turn in samples of the chips it had tested, it replied that the samples “were damaged” when its office was relocated in Bengaluru.  Instead, it submitted a new sample of the same brand.  The GEAC observed that Greenpeace had “not behaved very responsibly while making the accusation.” Pepsico informed GEAC, in reply to a notice, that it did not use GM produce for manufacturing any of its products in India, nor had it authorized import of its products from abroad.

Following the complaint, GEAC alerted the Director-General of Foreign Trade. This resulted in a consignment of Doritos corn chips from Taiwan to be held up at Nhava Sheva port. The importer told GEAC at its May 2009 meeting that Taiwan did not permit the cultivation of GM corn, though it allows import of corn and soybean oil from the US, where GM varieties of these crops are cultivated.  On the declaration of the importer that the chips did not contain GM material, the consigned was allowed in, but the importer was warned of prosecution (under a foreign trade law) if the declaration turned out to be false. (There is no record of GEAC asking CFTRI to test the chips).

In December 2015, Sugana Foods sought permission for import of GM soybean meal for animal feed. Suguna is one of the largest producers of eggs and chicken in the country. In June 2016 GEAC deferred a decision on the application pending comments from FSSAI and the animal husbandry department.  There is no mention of the application in subsequent meetings.

Following applications from at least 10 entities, including Godrej Agrovet, Suguna Foods and Shanthi Feeds for import of dry distillers grain solubles (DDGS) from GM corn (after alcohol is extracted), the GEAC formed a five-member sub-committee. Its guidelines were accepted at the January 2017 meeting and fresh applications were sought.

At the March meeting, the GEAC asked the Review Committee on Genetic Manipulation (RCGM) in the Department of Biotechnology to frame risk assessment and risk management (RARM) guidelines, following an application for import of GM grain. A representative of the plant quarantine agency said the grains should be split or treated with high heat to devitalize them so they do not propagate, if by chance, they escaped into the environment.

The FSSAI has framed draft guidelines for GM food. It has also proposed labeling of food products if they contain more than 5 percent of GM material by weight

The “unlawful entry” of food derived from GM plants as CSE has alleged, cannot be ruled out. The state food inspection departments have not pro-actively checked for GM material in processed food. But the importers run the risk of prosecution if caught – for violation of the law; not putting people’s health at risk, because GM food has been found to be safe. CSE’s brouhaha seems to be just scaremongering.

(This report was first published in the Financial Express).