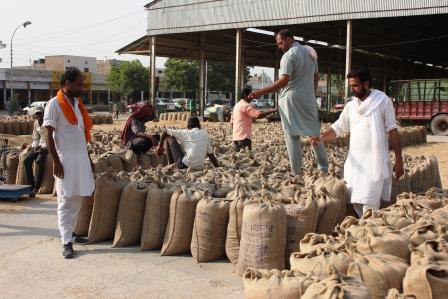 An official of the Karnataka government who has been in the driver’s seat of agricultural marketing reforms in the state says the central legislation allowing farmers to sell outside the mandis without payment of cesses will weaken them and deprive the farmers of price signals.

The state has 163 regulated mandis. Farmers were free to sell even outside them. Direct purchasers had to pay just 30 percent of the market fee or 0.45 percent. At the mandis, there are multiple buyers. If a farmer came with 15 bags of produce and two of them were of less than fair, average quality (FAQ), there would still be buyers for those two bags. So he was assured of selling the entire produce, instead of having to return home with unsold stock, incurring additional transport cost.

The prices at the mandis, which are available online, set the benchmark for trades outside them. If the mandis are deprived of fees, about Rs 600 cr in Karnataka annually, they will not be able to invest in infrastructure and will fall into disuse eventually.

Traders who come to a farmer to buy produce now will be choosy, he says. They will buy only the quality they want. The traders might also discriminate between sellers as per their caste or religion.

He says when the Prime Minister launched e-NAM or electronic-National Agricultural Market, the whole country was supposed to be one market. Instead of enabling that and networking all the regulated markets in the country we now have “one nation and a million markets,” he says.

The official says it is not practical to make MSP mandatory. MSP is for fair, average quality; produce that is below that grade cannot be bought at MSP.

The dispute settlement mechanism provided in the central legislation is also not practical. Sub-divisional magistrates have their hands full without being loaded with arbitration cases. Few farmers will dare approach them and the cases might drag on rather than getting resolved in time.