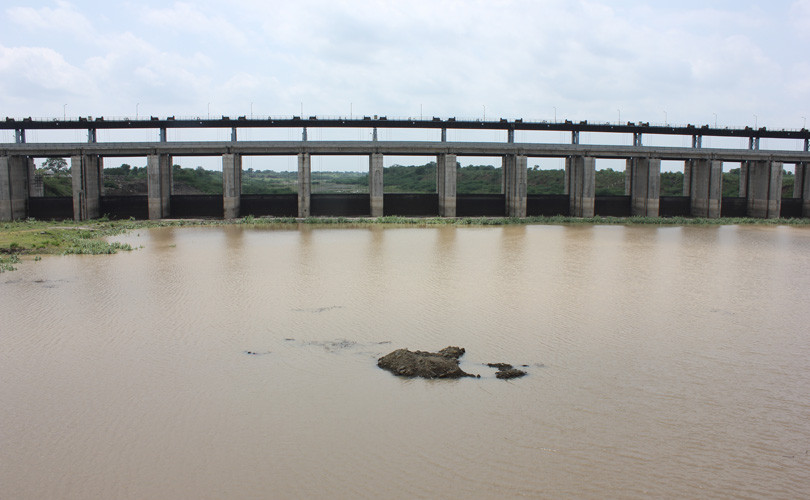 IndiaSpend analyst Abhishek Waghmare is sceptical. He finds that ‘accelerated’ projects do not live up to their label, and actual irrigation is less than the capacity created which itself falls short of the potential.

A two-decade old central programme to finish incomplete irrigation projects has failed 66 million Indian farmers and halted the economic progress of 350 million Indians, according to an IndianSpend analysis.
In his budget speech last month Finance Minister Arun Jaitley said the government would spend Rs 86,500 crore ($12.7 billion) over the next five years to irrigate 80 million hectares of cultivated land.

This means the government is promising to irrigate in five years more land than it has in 69 years of independence. Only 65 million of 140 million hectares, or 46 percent of India’s farmland is irrigated, according to agriculture statistics released in 2014. The World Bank’s estimate is 36 percent.

Jaitley intends to increase annual spending on the Accelerated Irrigation Benefits Programme (AIBP) four-fold from an average of Rs 3,650 cr a year since 1997 to Rs 17,300 cr a year over the next five years. The programme was rolled out in 1997 to fast-track existing and new irrigation projects with funding boosts to states.

IndiaSpend’s analysis reveals multiple failures. As of March 2014, half of the target or 9.5 million ha of 19 million ha was irrigated by AIBP projects. The irrigation efficiency, that is actual land irrigated as percentage of capacity created, dropped from 84 percent in the 1985-1990 plan period to 29 percent in the eleventh plan (2007-11), according to the Comptroller and Auditor General (CAG).

The curious case of Maharashtra: Maharashtra has 252 irrigation projects supported by AIBP. Till 2012, only 138 of them were complete. Against an irrigation target of 12.2 lakh ha, Maharashtra did only 6.5 lakh ha till 2014. Irrigation potential created is 50 percent below the target, and the water utilization rate is worse. In all, Maharashtra has 1,845 large dams — more than the total of  25 states — except Gujarat, Karnataka and Madhya Pradesh. In addition to its AIBP failures, Maharashtra’s water-resources department fell short of irrigation targets by 50 percent in 2011, despite 3,712 completed and ongoing projects, according to the CAG.