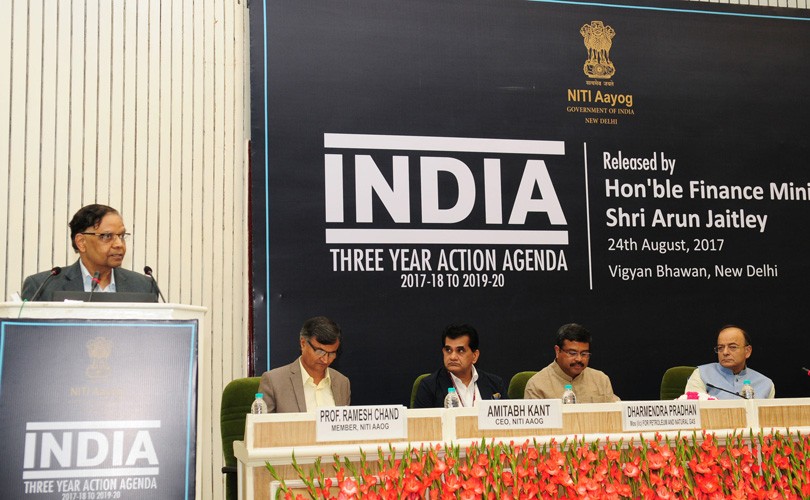 The Three-Year Action Plan of NITI Aayog calls for marketing reforms in agriculture, measures to make minimum support prices effective, steps to improve productivity and changes in tenancy laws so farmers can legally lease out their plots without fear of losing title. It recognizes the importance of technology and supports genetic modification (GM) of crops. To overcome political opposition to GM crops, it offers a solution which is less than neat, but wise under the circumstances. Here is a verbatim extract on technology from the document.

Genetically modified (GM) seeds have emerged as a powerful new technology promising high productivity, improved quality and lower use of fertilizers, weedicides and pesticides in the last one to two decades. They have also gained increasing acceptance among farmers around the world. Indian farmers also enthusiastically embraced these seeds in the only crop in which they have been permitted so far: cotton. There is some concern that GM seeds can be monopolized by multinationals, which may then exploit our farmers. But this concern is readily addressed by limiting GM seeds to those varieties discovered by our own institutions and companies.