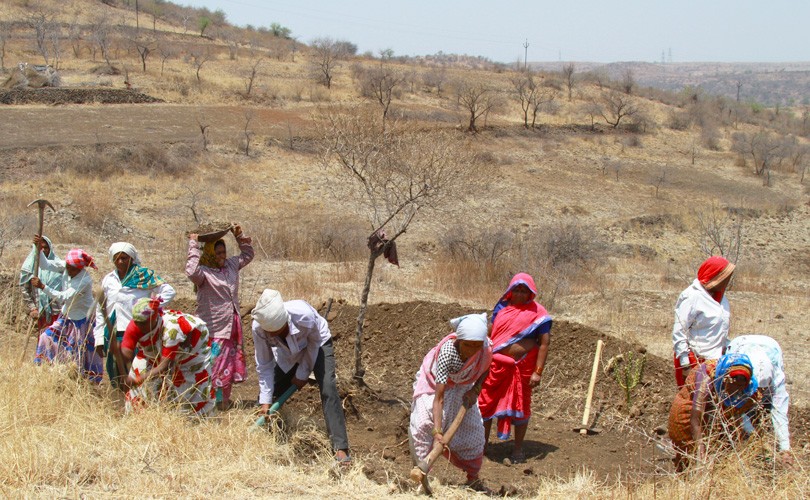 In an article in the Indian Express, agricultural economist Ashok Gulati and research associate Prerna Terway say that the outlay in coming year’s budget for subsidies and safety net expenditure on MNREGA, the rural jobs scheme, exceed allocations for investment in the rural sector.

Total subsidies on food, fertiliser, credit, insurance and the appropriation for MNREGA add up to Rs 284,000 cr.

The allocation in the budget for rural roads, irrigation, rural electrification and farm research, education and extension total Rs 38,903 cr.

With 86 percent of the budget funds going for safety nets and subsidies and only 12 percent for productivity-boosting investments, policy makers are privileging doles over development.

Even if borrowings by the agricultural development bank, Nabard ─ Rs 27.000 cr─ are taken into account, the emphasis does not change.

According to them, research shows that every rupee invested in agri-R&D, rural roads and irrigation gives five to 15 times higher returns than spending on doles.

The decline in real capital formation from 18.3 percent of agri-GDP in 2011-12 to 16.2 percent in 2014-15 should alert policy makers.  Even if the target of Rs 10 lakh farm credit is achieved it will not make much of a difference as most of the bank lending is for short-term crop loans and not for investments.

There could be a saving of up to Rs 50,000 cr if food and fertiliser subsidies were credited directly into the bank accounts of cultivators, the authors say.