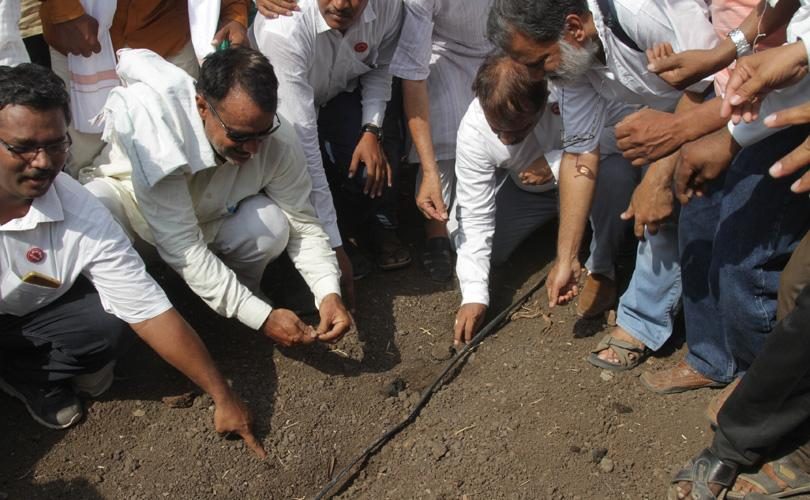 There has been too much emphasis on traditional and organic agriculture in the previous budgets of the NDA government. If the government wants India to a big exporter of agricultural produce there is no escaping science-led increases in productivity. India can no longer fight shy of the tools of agricultural biotechnology, reports Vivian Fernandes

The Union Budget is not the only occasion to make changes in policy, but like the US President’s State of the Union address, it is a platform for the government to declare how it proposes to improve people’s incomes, reduce disparities and enhance economic efficiency.

In agriculture, the government’s stated objective of doubling farmers’ income by 2022-23 has not been matched by action. There has been a de-emphasis of science and technology. Instead, ideological considerations have weighed in. In the first five years importance was given to paramparagat or traditional agriculture and organic farming. Last year, the Finance Minister advocated Zero-Budget Natural Farming, championed by Subhash Palekar, to whom this government has awarded the Padma Shri. Palekar says soil applications and seed coatings made with ingredients like gram flour and jaggery fermented with cow dung and cow urine can increase the count of nitrogen-fixing microbes in the soil and enhance the potency of seeds. His claims have not been scientifically validated.

But for all his crankiness, Palekar has chosen to be practical rather than obdurate. He says cotton-growing farmers can use genetically-modified Bt cottonseeds along with his soil and seed potions. When asked to explain, he said, desi beej ( traditional seeds) are the best option but since they are scarce, farmers have to be given vikalp or an option. Bt cottonseeds are abundantly available; there are more than 40 licensed producers.

The Swadeshi Jagran Manch (SJM), an affiliate of the Rashtriya Swayamsevak Sangh (RSS), which is opposed to free trade and foreign technology, should take cue and be practical. The SJM is influential in this government. It has scuttled the release of high-yielding GM mustard for cultivation, despite the apex regulator GEAC’s recommendation in May 2017.

In July last year, farmer-members of Maharashtra’s Shetkari Sanghatana planted unapproved herbicide-tolerant Bt cotton and publicized their protest for ‘freedom to access technology.’ They risked arrest and jail sentences but the government backed off. An official committee has found that 15 percent of India’s cotton area is planted with unapproved HTBt cotton which saves farmers the cost of manual weeding. The Sanghatana says the unapproved seeds are not reliable; their potency is suspect. It wants the technology to be licensed so that farmers get quality seeds. In the first week of January, it invited journalists to Akola for a ‘Celebration of GM Crops.’

“I am in favour of any kind of technology with proper safeguards,” says agricultural economist and NITI Aayog member Ramesh Chand. “Without technology, growth is not possible, transformation is not possible.”

In his address to the Indian Economic Association last December, Chand said the countries that embraced GM technology have gained advantage in productivity and cost. He gave the examples of soybean and maize where GM technology has boosted US and Argentine yields. In soybean, their latest five-year average is 3,236 kg/ha and 2,935 kg/ha respectively while India’s is lagging at 973 kg/ha. In maize, the five-year US yield is 10,655 kg/ha. That of Argentina is 7,154 kg/ha. India’s is 2,702 kg/ha. With such low productivity levels, India cannot compete in international markets.

Chand says since the 1970s agricultural growth has moved in step with the real or inflation-adjusted prices of agricultural produce. Prices have driven output growth rather than the other way around. The challenge, he says, is to sustain agricultural growth while keeping food price inflation within acceptable limits and incentivize farmers to produce more without hurting consumers. It is not just growth but efficient growth that is needed. This requires improved technology, innovative farming, reduced wastage of inputs and output, and better farm management practices.

India’s public sector R&D has boosted the output of wheat, rice, sugarcane and pulses. But the cotton revolution was entirely private-sector and GM technology driven. In raising the output of vegetables and fruits like bananas and grapes, the private sector has been at the forefront.

India’s public sector R&D system is starved for funds. The money that is available is spread thinly on too many crops. There is a lack of drive and inspiration. Senior scientists vie for the trappings of administrative positions rather than strive for excellence in research.

Chand says in the absence of R&D of global standard, farmers must be given access to foreign technology. But private sector companies, including multinationals, hesitate to bring cutting-edge agricultural technology because of regulatory uncertainty. No new GM crop has been approved since 2006. In its first term, the Modi government slashed royalty payments to agri-biotechnology trait licensors. The courts have questioned the patentability of artificially-developed plant traits.

Chand says there is a rethink within the government. “There is a regeneration of interest,’ he says. “The matter is being debated.”

Hopefully, the Finance Minister will allocate more funds for agricultural R&D in the budget and the government will follow up by removing the ban on the cultivation of Bt brinjal, and approving HTBt cotton and GM mustard.

The budget is also an accounting exercise. The subsidies on food and fertilizers keep the fiscal deficit high and reduce public investment in agriculture. The investment to GDP ratio in agriculture is low at 13.3 percent.  Of this, 78 percent is from farmers themselves. Public investments are a little over 19 percent. The private corporate sector’s share of agricultural investments is less than 2.5 percent.

Whether the subsidies should be given in cash or kind can be debated. But there is no doubt that India needs to procure less of rice and wheat to reduce the cost of inventory which is at record levels and also to bring back the private sector into the grain trade. There is a need to raise the price of urea which has risen by only 16.47 percent over the past 20 years, according to Chand, while minimum support prices of most agricultural crops have gone up by more than 200 percent during this period. The subsidy on urea accounts for 72 percent of the total fertilizer subsidy.

Famers need competitive markets and better access to them. Regulated market yards have become exploitative. But a model law crafted by the Vajpayee government in 2003 to bring in more competition, though enacted by most states, was patchily implemented. In 2017, the agriculture ministry proposed the model Agricultural Produce and Livestock Marketing Act. But the response has been poor. The proposed law to recognize land leases so that tenant cultivators can get the benefits of subsidized fertilizer and credit has also found few takers.

(Top photo: Farmer leaders and their supporters protest-planting HTBt cotton at a farm in Akola in July 2019. Photo by Vivian Fernandes).