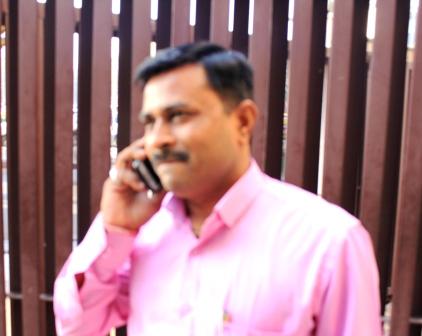 The story of a Gujarati farmer who adopted Bt cotton even before it was commercially approved in 2002. Farmers adopt such risky practices because of poor law enforcement and a dilatory regulatory process, says Vivian Fernandes.

Rajesh Patel 32, is married to Bt cotton. He has been growing it even before it was approval for commercial cultivation in 2002. Gujarat scientists had developed a garage version of the genetically-modified seed and he was among those who took the risk in 1998, such was the despair caused by the stubborn bollworm weevil.

Patel grows cotton on his seven acres of land in village Panchasa in Patan district’s Chanasma taluka, and alternates it with castor. His earlier preference was for cumin. Bt cotton has thrived with the availability of irrigation. The recharging of aquifers by Sujalam Sufalam Spreading Canal which likes the rivers Pushapavati, Rupen and Saravasti in his district, the construction of check dams and the impounding of rain water in farm ponds has raised the water table considerably. Patel says he gets about 13 quintals of cotton an acre, again about six quintals when he was growing non-Bt cotton.  At about Rs 4,700 a quintal last year, he would have earned about Rs 428,000 from cotton. Patel says his per acre cost was about Rs 15,000, so he should have save Rs 323,000. Falling cotton rates this year do not worry Patel. Prices may have fallen, he says, but they are not low, he says.

(We spoke to Patel on 4 December, 2014 in Delhi and met him in Mehsana again on 22 January, 2015. He is a member of Saksham Industries, a farmers producer company operating out of Mehsana and Patan districts of Gujarat)