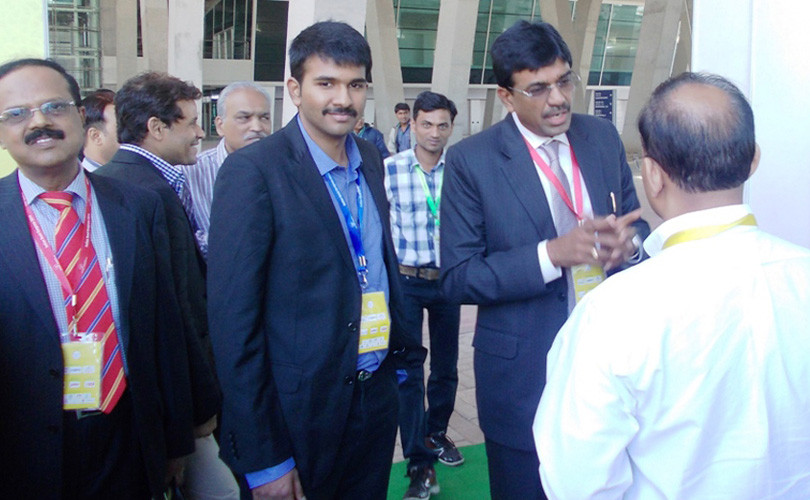 The license termination notices have been served on Nuziveedu Seeds and its two subsidiaries. MMBL says the companies owe it about Rs 160 crore in trait fees. The National Seeds Association says seed companies are squeezed between price controls and royalties, reports Vivian Fernandes.

A spokesperson of MMBL gave a bland statement:  ‘A few seed companies continue to withhold large sums of technology fees payable to MMBL despite having collected the full price of seeds from farmers. We are continuously evaluating all remedies available to us under law, but we don’t comment on specific actions that we may be considering.’  An SMS, email and mobile phone call to a top NSL executive elicited no response.

The Telangana government retained the retail price of Bollgard II cottonseeds at Rs 930 but reduced the trait fee to Rs 90. Bollgard II is the proprietary cottonseed technology of MMBL, which is a joint venture of Monsanto, an American multinational and Maharashtra Hybrid Seed Company (Mahyco). It has two genes which are toxic to worms infesting cotton bolls.

The trait fees are payable to MMBL for the genetically-modified insecticidal properties that its licensees incorporate in their hybrids. MMBL charges Rs 163.28, excluding taxes, as trait fees per packet. This according to Monsanto’s India region CEO Shilpa Divekar (interviewed earlier) is valid up to the maximum retail price (MRP) of Rs 930. Should the maximum retail price increase, NSL will have to pay 16.66 percent of the difference between the trait fee and the increased MRP, in addition to a mutually agreed one-time payment. This is according to its draft red herring prospectus (DRHP) filed with market regulator SEBI in connection with an initial public offering (IPO) of equity, NSL admits in the document that it has received discounts on trait fees from MMBL. NSL got SEBI”s permission in August for an IPO.

NSL’s license is valid up to 2020. It was negotiated for five years in 2015 with a provision for further extension by three years.

The National Seed Association of India (NSAI) which has seed companies including MMBL and NSL as members had petitioned the agriculture ministry to bring Bt cottonseed under price control. (NSL’s managing director Mandava Prabhakar Rao is also the chairman of NSAI). This, the ministry did in the first week of December. It has notified that it will not only fix the MRP for the whole country but also the components, that is, trait fees and trade margins. Separately, it has moved the Competition Commission of India to investigate MMBL’s commercial practices, which it regards as restrictive, anti-competitive and an abuse of dominance.

MMBL’s Bt cotton technology has 90 percent of the market share, though similar technologies of four other companies have also been approved by GEAC, the regulator.

Nuziveedu says it is the largest private cottonseed producer in the country by volume with a market share of 21 percent in the year ending March 2014 (according to a 2015 report by credit rating agency, CARE).  Much of this business is concentrated in Maharashtra (27 percent) and Telangana+Andhra Pradesh (25.50 percent), according to the DHRP.

In the year ending March 2014, the company sold 89,602 tonnes of cottonseed comprising 75 hybrids. It has GEAC’s approval for 217 Bt cotton hybrids. NSL also sells other seeds: maize, jowar, wheat, paddy and vegetables, but 66 percent of its revenue from operations came from sale of Bt cotton seed in financial year 2014.

NSAI says seed companies are squeezed between price controls, the cost of producing hybrids which is a labour-intensive process, and trait fees that do not change even with price cuts. But according to the DRHP, NSL’s profit after tax increased from Rs 144 cr in the year ending March 2013 on revenue of Rs 1174 cr to Rs 200 cr in the nine months ending December 2014 on revenue of Rs 1255 cr.

NSAI had written to MMBL to settle the trait fee issue amicably through arbitration. But MMBL said NSAI had no role in what it regarded as a ‘bilateral’ matter. It said it was willing to negotiate with its licensees one-on-one.

We solicit your views. Kindly post them in the ‘Comments’ box or send them to smartindianagriculture@gmail.com.  Thank you.