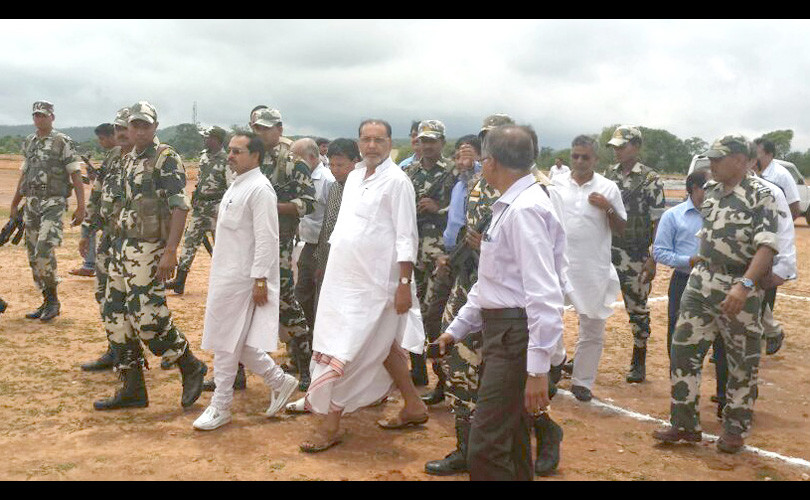 On 7 December 2015, the agriculture ministry issued a notification bringing Bt cottonseed under price control, giving in to a petition by the National Seed Association of India. Vivian Fernandes reports that the issue of trait fee or technology fee must be sorted out through negotiation. Government support to those reneging on contracts will deter investment in agricultural R&D. A version of this report was also published in Financial Express. The link is given below.

Ease of doing business is not numbers on a scorecard; it is an attitude. If officials and ministers have a problem-solving mindset business and innovation are facilitated. But our governments will not themselves do not will they let other do it. For the past fifteen years they have been indifferent to genetic-engineering of crops, which offers great promise for enhancing their yields, conferring resistance to pests and diseases and making them resilient to climate change. At worst, they have been obstructionist, the egregious examples being environment ministers Jairam Ramesh and Jayanti Natarajan. The present minister, Prakash Javadekar, and the Prime Minister, both support the science but have not found the courage to assure people about the safety of GM crops or challenge the  opposers of foreign technology within the Sangh Parivar. Though various national institutes are pursuing research in agricultural biotechnology, their efforts have not resulted in crops that farmers can cultivate. Even thirteen years after the first Bt cotton variety was approved, there is no effective alternative to Monsanto’s version. Though a couple of companies have their own Bt cotton hybrids, Monsanto’s is the most popular. Its market share is more than 90 percent. Farmers know a good thing when they see it.

Governments have responded in the only way they can ─ by playing ‘Us Vs Them.’ Taking on the ‘big, bad’ American multinational ─ Monsanto ─ appears nationalistic and farmer friendly and covers up inadequacies too. Before the onset of monsoons, the Maharashtra government cut the maximum retail price of Bt cottonseed by Rs 100 for a pack of 450 grams. This was supposed to provide relief to farmers whose income had slumped as China had stopped importing. At the pre-revision rate, cottonseed would have accounted for four percent of the cost of cultivation, as estimated by CACP, the official body which fixes support prices. With the revision, the share of cottonseed in cultivation cost had been shaved by one percentage point.

The Telangana government retained the price at Rs 930 for 450 grams but reduced the trait or technology fee which seed companies pay to an associate of Monsanto ─ MMBL ─ for the insect-resistant Bt gene to Rs 90. MMBL charges Rs 163.29 per pack of 450 grams. It said trait fees were a matter of private agreements and governments could not interfere. It cited a 2010 order of the Andhra High Court which had struck down a similar directive of the undivided Andhra government.

MMBL had brought price control on itself in 2006 by charging Rs 1,800 a packet of 450 grams. Of this, Rs 1,250 was trait value. Famers found the price too high; but they had no option as non-Bt seeds were susceptible to bollworms, a deadly pest, that had developed resistance to pyrethroids. The Andhra government fixed the price at Rs 750 a pack.

So far the central government had desisted from fixing the price of Bt cottonseed centrally, though it had armed itself with powers by bringing it under the Essential  Commodities Act in 2010.  That has changed since 7 December, when it issued a notification to regulate its prices on the basis of seed cost, trait fees, trade margins and taxes. The notification provides for an eight member committee headed by the joint secretary (seeds).  It will have one representative each of farmers and the seed industry. The rest are nominees of government institutions. There is no seat in the committee for a representative of the technology provider.

After 2006, state governments revised prices in 2010 and fixed the trait value as well. But for the past two years eight seed companies have refused to pay trait fees to MMBL, demanding a reduction to government-determined levels. MMBL has taken them to court. Twenty seven members of the National Seed Association of India (NSAI) requested it to appeal to the agriculture ministry to impose price controls on Bt cottonseed centrally and fix the trait fees as well. These include the eight defaulting companies. One of them is Nuziveedu Seeds Limited, whose managing director is also chairman of NSAI.

NSAI moved the agriculture ministry in August. It has also petitioned the Competition Commission of India seeking not only a restraint on MMBL but also disgorgement of a part of the trait fees already paid by the franchisees since 2010. ‘We think that MMBL is ‘definitely monopolistic’ and has ‘100 percent abused its position,’ says Kalyan Goswami, Executive Director of NSAI.

Production of hybrid seeds is labour-intensive. Costs are rising. The cut in retail prices has squeezed the seed producers. They requested MMBL for arbitration, which the latter declined. MMBL is well within its rights to do so. It could argue that the price of Bt cottonseed is affordable, which is why, more than 90 percent of India’s cotton acreage is planted with it.

Morale among agri-biotechnology companies is not high. For the past decade and a half they have sunk money in establishments here and invested in research with little to show for it. No new genetically-modified crop has been approved for cultivation. It is a political, not a safety, issue.

The government should force MMBL and the seed companies to the negotiating table.  Price control and regulation of trait fees will be negatively viewed by agri-biotech companies. We need them to do more R&D, not less, especially when the government does not invest enough.

Your comments are solicited. You may write in the comments section or send them by email to smartindianagriculture@gmail.com