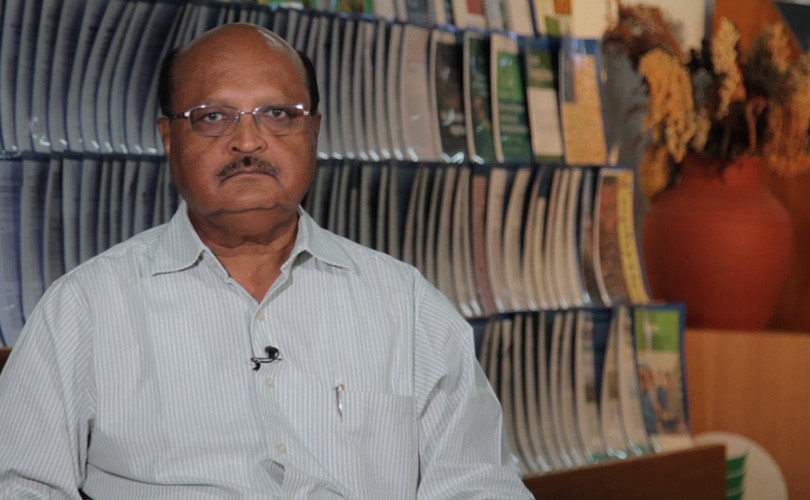 The pod borer is a ‘major problem’ which can destroy up to 60 percent of pigeonpea (arhar) yield and inflict up to 50 percent damage on chickpea (gram), a shorter duration crop, says CLL Gowda, the deputy director-general of International Crops Research Institute for the Semi-Arid Tropics or Icrisat, who retired in January.
‘We do not have good available resistance in local varieties so we have to depend on genetic modification,’ Gowda says.
‘This is where Bt chickpea and Bt pigeonpea are going to be of help but scientists are constrained because we cannot do field-level trials.’ Gowda was referring to the difficulty of procuring no objection certificates from states governments whose permission is necessary for field trials. It was a condition imposed by then environment minister Jairam Ramesh in 2005, following the dust raised by the commercialization of Bt brinjal.
Bt chickpea and Bt pigeonpea would be ‘the biggest revolution’ that could happen to the two pulses crops that are most consumed in India, Gowda said.

He was speaking to this website at the Icrisat campus in Hyderabad on 27 July while on a visit to the city from Mysore, where he lives in retirement.
Bt stands for the initials of a soil bacterium whose gene is toxic to the pod borer. It has been used effectively in Bt cotton, which covers 95 percent of India’s cotton acreage.
When asked why scientists like him did not educate policy makers to shed their negative attitude to genetic modification technology in view of the benefits is conferred, Gowda said ‘we are doing but maybe we must do a little more.’ He said Icrisat was working with the Indian Council of Agricultural Research and the state agricultural universities to reach out to media persons with data and information.