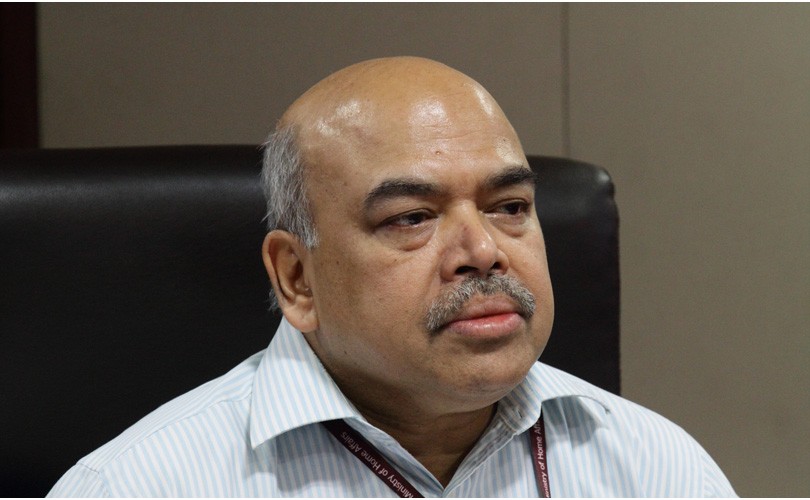 On 20 May, Agriculture Secretary Shobhana K Pattanayak addressed representatives of the micro-irrigation industry and the Irrigation Association of India who had come to him to present a paper on how the government could expand the coverage of drip and sprinkler irrigation. Surprisingly, while seeking quicker disbursal of subsidies, and making it payable directly into beneficiary bank accounts linked to Aadhar numbers,  they wanted it capped at 50 percent of cost so more farmers could get it. Pattanayak’s gave point-by-point replies, reports Vivian Fernandes. Here are lightly-edited excerpts of the points he made.

(1) The government is fully on board on several of your suggestions. Direct benefit transfer, which you mentioned is the right way to disburse subsidies under all schemes of the government of India. If we can implement it in micro- irrigation, it will be a big step forward. But there will be challenges. It will not be as easy as projected. The best way is to launch a pilot in a place where micro-irrigation has taken off, say Gujarat, Andhra or Maharashtra.

(2) Better process management on an information-technology (IT)- enabled platform is very much a pre-requisite and it was intended that when micro-irrigation scheme was launched we will have a robust IT platform to administer it. Some state governments have gone ahead and some are still in the process of doing it in a lethargic manner. You are right that a dedicated team is necessary. We will urge the remaining states to adopt the best practices.

(3) In their interaction with the Prime Minister early in May, chief ministers of drought-affected states  expressed a desire to see that micro-irrigation is taken up in a very big way. They have set ambitious targets.

(4) Successive two years of drought have made micro-irrigation imperative. I am certain there will be accelerated development of micro-irrigation in the current year. It is good that you have pointed out the pitfalls. We will interactive with you for correctives.

(5) You want a stable policy environment. The policy has been stable. In the last two years, what was not so stable was the sharing of subsidy between the central and state governments.  There were communication gaps. These issues have been settled. There is clarity on procedure and policy. But April, May, June will continue to be  lean months because the Budget is passed in April. There is little agricultural activity during these months. The gap  between harvesting of kharif and onset of rabi is perhaps the best season to push micro-irrigation.

(6) Regarding the suggestion for reduction and capping of subsidy, I cannot comment on that because we, at the centre, give limited subsidy to the states and the states in their wisdom decide to popularize certain schemes. I think it is too early to tell state governments, “don’t do it.”  I remember you and your association telling the government to increase subsidies because that is the only way you can attract people to micro-irrigation. But you can, as an association, always educate state governments about the importance of giving limited subsidy.  I have seen in places where the subsidy is 90 percent, instead of attending to a few minor repairs, farmers change the entire system. Subsidies should not be so high as to encourage  wasteful behaviour.

(7) You have given some ideas on financial inclusion. We will examine them and see how best we can implement them.

(8) Making drip irrigation mandatory for certain crops, to begin with sugarcane and extending it to bananas is a very good idea. The Prime Minister during his interaction with chief ministers has categorically stated that progressively they must put water-guzzling crops on micro-irrigation.  We are giving serious thought to it. We will request all the states to persuade farmers to use micro-irrigation. We cannot tell farmers what they should grow. We will give advisories to states and monitor them. It is easier to monitor micro-irrigation in sugarcane because it is tied to industry. This may also hold good for bananas.

(10) The last suggestion of mandatory micro-irrigation in 10 percent of command area is ingrained in Pradhan Mantri Krishi Sinchai Yojana (PMKSY). In fact PMKSY relies on district irrigation plans which are designed to capture every drop of water.  In our discussions with states it has emerged that instead of acquiring land from farmers for canals, it is best to lay pipelines. This reduces evaporation losses and stops percolation losses as well.

(11) Subsidies should not drive micro-irrigation. Instead, industry must advance the argument that even without subsidies, micro-irrigation will pay for itself with savings in water, fertilizer and effort.  You have said that the limit of two hectares per individual farmer for subsidy eligibility should be raised to 10 ha. Why? Why can’t the person who has learnt that drip irrigation is good for 2 ha not extend it to the rest of the land he owns?

This education is best done by industry because you interact with farmers. I am certain that the Indian farmer is poised to take to micro-irrigation in a big way. Just like ease of doing business, ease of installing the system is only one aspect. After installing it, the after sales service, the call centre which the company needs to set up, is of equal importance. You must render service through the life-cycle of the product.

(12) Before I close I must say that ultimately you are generating plastic. You must take the responsibility of recycling the plastic either by collecting it back for use in your own factories or for safe disposal.