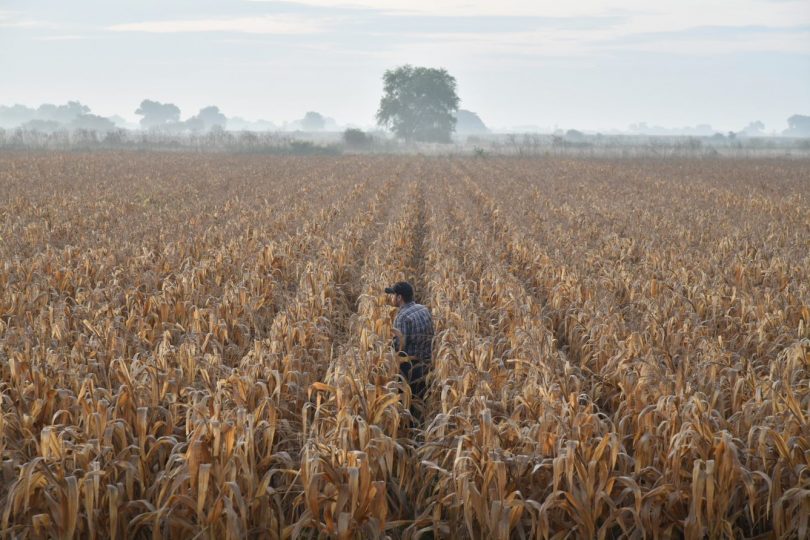 One of the ways in which Bayer intends to make agriculture sustainable is through innovations like short-stature corn (maize). Liam Condon, President of Bayer’s Crop Science Division said at the company’s Future of Farming dialogue webcast on 13 October that its short-stature maize hybrid, Vitala, gives the same or higher yield than normal stature maize, with lower biomass. “We have a genome-editing approach,” Condon said. Short-stature crops are not new. The dwarf varieties of wheat which India imported from Mexico triggered the green revolution in wheat, followed by the green revolution in rice which came from dwarf varieties that the International Rice Research Institute in Manila developed. Vivian Fernandes sought more details from Bayer about short-stature maize. Here is its response: 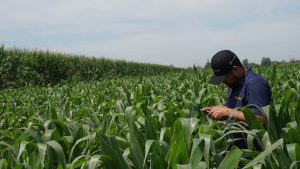 We believe that short-stature corn could be a fit for 140 million acres across the Americas. This product concept has the potential to be on broad acres across the US, Canada, Brazil, and Argentina. We are also evaluating the concept in regions outside of the Americas and will provide more on those opportunities in subsequent updates.

What is the height of the plants?

The plant measures an average of 1.7 metres (5.5 feet), about a metre less than conventional corn. The exact height will depend on the specific hybrids, but all hybrids are below 84 inches (seven feet).

What is the saving in output that would have been otherwise lost to lodging?

How was the reduction in height achieved? Was it through conventional breeding? Was a dwarfing gene used? Or were genetic engineering or gene editing tools employed?

Bayer’s researchers are focused on meeting corn growers’ needs through conventional breeding. Our knowledge of modern corn hybrid seeds, agronomic practices (including those focused on crop nutrition and fertility), variable planting techniques and soil and weather conditions (help) them grow more on each acre while using natural resources more efficiently. This innovation draws inspiration from the work of Norman Borlaug, Nobel Peace Prize winner and plant breeder, who developed new varieties of stronger, shorter-stature wheat that were higher-yielding, day-length-resilient, exhibited reduced lodging, and with the potential to thrive in a wide range of agronomic environments. These stronger, shorter wheat plants, were developed through mutagenesis and selective plant breeding.

We are exploring multiple approaches to this product concept in the true spirit of scientific discovery across our technologies in R&D, with the intent to deliver on our commitment to providing tailored solutions for the challenges faced by farmers in varying world regions. Our researchers across breeding, biotechnology and climate work cross-functionally.

Since the yield is the same as normal maize, is there a reduction in the use of inputs like fertilizer and water? Or is the output maintained with denser planting?

Studies conducted in the field, in Mexico, indicate that Vitala (as it is called) delivers productivity at least half a tonneabove our best materials so far, and around a tonne above the average of the other hybrids in the region. The Vitala production system is based on high-density planting, with 5 cm less spacing between rows, and about 33 percent more seeds per hectare than the traditional system without increasing water or fertilizer use. The yield and agronomic management of short-stature corn hybrids in other regions are still under development but the benefits can be summarized in three categories: reduced crop loss, more precise use of crop protection and the product’s potential to reduce land, water and nutrient requirements for corn production by enabling increased planting density and allowing late season access for nitrogen application.

Under your carbon trading model, would this corn qualify for higher carbon credits because of lower biomass?

New product innovation in plant breeding, crop protection and digital farming can benefit from the new carbon economy. In the case of short-stature corn, it’s still very early and we’re exploring ways to measure and quantify the greenhouse gas reduction potential of the technology.

Is there any advantage in planting short-stature corn in areas where wind speed is low?

The product still has the potential to reduce land, water and nutrient requirements for corn production by enabling increased planting density and allowing late season access for nitrogen application.

Last year in Monheim at the Future of Farming Dialogue, I met Rob Sharkey, a podcaster and Illinois farmer. He said he had grown corn and soybean on 2,200 acres. He said the short-stature corn he had planted did not degrade easily and was not suitable for no-till agriculture. He had to chop the stalks and plough them into the soil. He had planted a local hybrid. Does Bayer’s short-stature hybrid have the same issue?

Because of the stalks, because of the number of plants, leaves and all the biomass, Vitala is able to deliver more green matter to the soil. Our short-stature corn is unique because our elite germplasm pool positions us to deliver products with the performance required by our customers.

Other companies have tried to develop short stature corn, but we are the only company that’s investing in breeding, biotechnology  and digital farming to research the entire solution that meets the needs of local growers. (This response does not answer the question!- Editor)