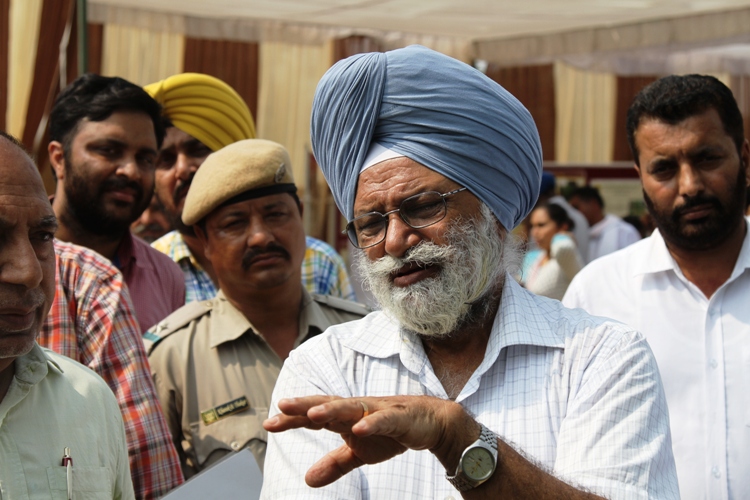 Seventeen reputed agricultural scientists* have come out in support of genetic modification (GM) crop technology in the 10 August, 2019 issue of Current Science.  They have addressed the overused themes which activists use to trash the technology.

In defence of genetically-modified insect-resistant Bt and herbicide-tolerance traits in crops, the scientists cite the consensus among science academies including those of the United States, UK, Africa, the European Union, France and India. They reference a 2016 document of the US National Academies of Sciences, Engineering and Medicine produced by a committee of 20 experts from various disciplines after wide consultations and an analysis of more than 700 peer and non-peer reviewed papers. This document in turn was reviewed by 26 other experts.  It concludes that “Bt in maize and cotton from 1996 to 2015 contributed to a reduction in the gap between actual yield and potential yield under circumstances in which targeted pests caused substantial damage to non-GE varieties and synthetic chemicals could not provide practical control.”

The report, the scientists say, makes the interesting observation that Bt crops have actually increased insect biodiversity in farms compared to non-Bt crops on which insecticide was sprayed. It adds that the emergence of secondary pests and resistant pink bollworm in India is a typical example of the non-implementation of the refuge strategy.  An earlier 2010 report by the conservative European Commission, they say, states, “The main conclusion to be drawn from the efforts of more than 130 research projects, covering a period of more than 25 years of research and involving more than 500 independent research groups, is that biotechnology, and in particular GMOs, are not per se more risky than conventional plant breeding technologies.”

The authors of the article refer to a study of studies which show that adoption of GM crop technology has reduced pesticide use on average by 37 percent, increased yields by 22 percent and increased farmers’ profits by 68 percent.

The article challenges the claims of the anti-GM activists that Bt cotton, which is the only GM crop permitted to be cultivated in India, is a failure. They say that it has increased yields, output and exports. From being an importer India is now one of the largest exporters. The authors cite a study published in 2018 which says that Bt cotton has been good for the environment. It is estimated to have reduced the usage of (active ingredients in) pesticides by 110.9 million kg constituting 30.4 percent of the total, since it was adopted in 2002.  Since farmers growing Bt cotton are less exposed to pesticides, there has been a big reduction in pesticide poisoning cases too.

The scientists counter the blame heaped on Bt cotton that it is responsible for the increasing number of farmers suicides in Maharashtra. They say that suicides among non-farmers in the nine cotton-growing districts of the state are more (35/one lakh/year) than among farmers (29/one lakh/year).  In 2001, before Bt cotton was introduced the suicide rate was 31.7 per lakh population among farmers. In 2011 it fell to 29.3 per lakh population.

The authors admit that there has been an increase in attacks from secondary (sap-sucking) pests which earlier would be killed by sprays meant for bollworms that the Bt trait targets.  This is because of the planting of inappropriate long-duration hybrids. In most other cotton-growing countries save-and-sow varieties are grown. These are densely planted but the cotton is picked only once. Since the crop is terminated early, unlike hybrids, there is little scope for sucking pest attacks and pink bollworm infestation.

The moratorium on Bt brinjal “is the most unfortunate step” taken by the government in 2010, the authors say. According to them, it has singularly “crippled” R&D in transgenic crops. They contrast India’s actions against those of Bangladesh where farmers have been given the technology free of royalty. Brinjal is a striking example where pesticide sprays can be as high as 80 over the crop’s life cycle to protect it against the fruit and shoot borer.

Environment Minister Jairam Ramesh has based his decision to ban the cultivation of Bt brinjal on a report by the French scientist Gilles-Eric Seralini. His study said that GM crops harmed animals. The “Food Standards Australia/New Zealand, European Food Safety Authority (EFSA), German Federal Institute for Risk Assessment, and Health Canada have all rejected the findings of Seralini on the basis of faulty experimental design and wrong choice of experimental animals,” the authors say.

Given the huge amount of data about the safety of Bt genes, they should be deregulated and the moratorium on the cultivation of Bt brinjal lifted. It is time for India to adopt GM technology to enhance yields, improve the profitability of agriculture and ensure that it is sustainable. “Ambivalence and indecision will hurt us deeply,” the authors conclude.