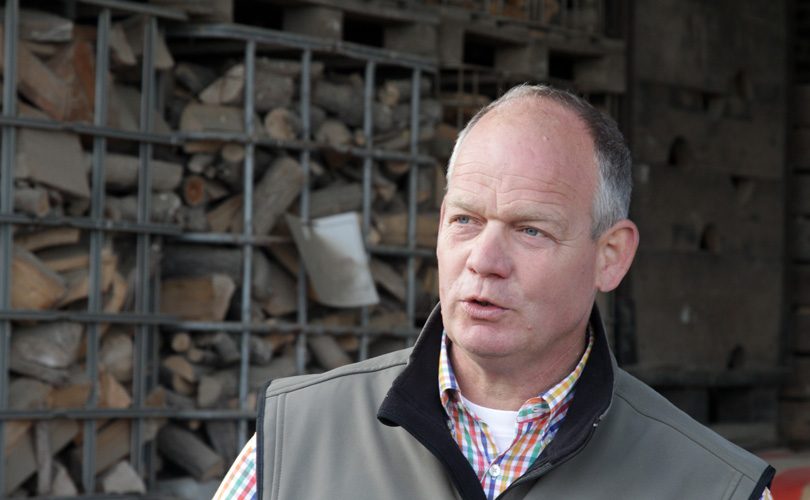 There is a perception in India that Western agriculture, like mining, is extractive in nature. It may have been at one time, but many farmers have realized that they have to work with nature and not against it. While in Germany at the invitation of Bayer – and at its expense – for the Future of Farming Dialogue 2019 at the beginning of October, Vivian Fernandes visited a Forward Farm where Bayer works in partnership with farmers and other experts in the area of biodiversity. There are 16 such farms around the world; 11 in Europe, two in the US and the rest in Argentina, Chile and Brazil.

At Damianshof, about 35 km from Cologne,  Bernd Olligs says by practicing crop rotation he was saving 30-50 euros (Rs 2,380-3,967) per hectare on herbicides. This, 6th generation farmer has 284 hectares of his own land and cultivates another 76 hectares of three other farmers.  His family has been in farming for 170 years. He grows winter wheat, winter barley, oilseed rape, potato and sugar beet. By not growing the same crop on a plot year after year and 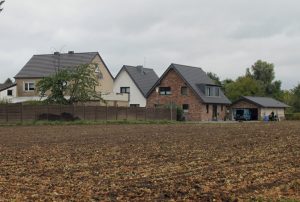 rotating the crops, he can spray different herbicides, fungicides and pesticides. This delays the onset of resistance in weeds, fungi and pests.

Olligs says crop rotation is a necessity; beyond a limit herbicides become ineffective. If the same crop were planted on a plot every year, the quantity of herbicides would have to be increased by say 20 percent a year.  But it would have a diminishing effect.  Some farmers, he says, spend 200 euros per hectare annually to control weeds. He spends 50 euros.

Olligs sets aside 2-3 percent of the area for bees and insects. This is not just a concession to biodiversity. He also gains from it. A beekeeper can harvest 40 kg of honey from one hectare of oilseed rape. This is in addition to the harvest of 1,600 kg of rapeseed oil. 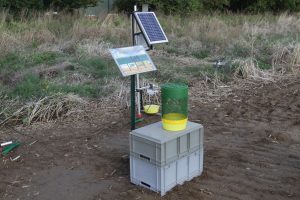 Solar-powered insect trap with smartphone to measure level of infestation.

To protect pollinators from harm, in 2018, the EU expanded the ban on the use of thee neonicotinoid insecticides. The ban came five years after it had put a moratorium on their use on flowering crops like oilseed rape that attract bees and other pollinators. Neonicotinoids are a class of insecticides that act on the nerves and are similar to nicotine. The EU banned them because they contaminate the soil and water and were found in wildflowers.

But because he cannot do seed treatment with neonicotinoids, Olligs has to spray insecticides four times. It is not clear whether the ban on neonicotinoids has helped biodiversity.

Olligs gets 1,500 euros per hectare for maintaining flowering strips that are meant for insects. He wants research on the recommended hedge plants  and wild flower species for optimized flowering.

(Top photo of Bernd Olligs. All photos by Vivian Fernandes).