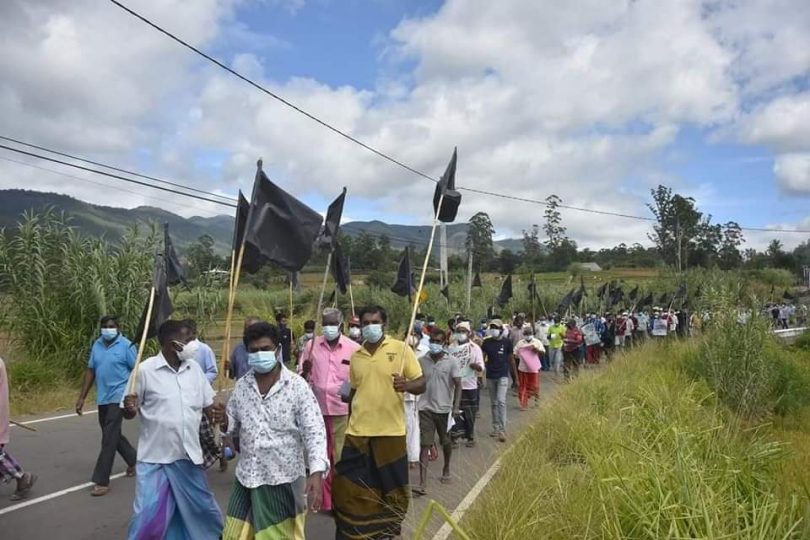 The ban on chemical fertilisers imposed at the end of April is expected to hurt the production and export of tea, aggravating a food crisis created by a steep drop in tourism earnings. This holds a lesson for India which has been flirting with organic agriculture for ideological reasons, reports Vivian Fernandes.

An ill-advised ban on the use of chemical fertilisers and pesticides combined with pandemic-induced contraction of the economy and decline in export and tourism earnings has compelled Sri Lanka to effectively place the country under a state of emergency.

The Sri Lankan rupee has fallen, inflation has risen and there is a spike in food prices. The emergency regulations were promulgated under the Public Safety Ordinance on the supply of essential goods at midnight on 30 August.

The government has appointed a former army general as commissioner of essential services to seize stocks held by traders with the intention of taming prices.

Tourist earnings this year were just $26 million between January and July, against $682 million during the same months last year and $3.6 billion in 2019. Workers’ remittances, though, have held steady. Last year they sent home $7.1 billion slightly more than in 2019. Export earnings declined by $2 billion last year from $12 billion in 2019. A fall in exports of textiles and garments accounted for half of that decline.

The Sri Lankan rupee has depreciated by 11 percent since last September. Official reserves were enough to finance 2.6 months of imports in June, from 4.2 months in December.

While restrictions on movement to contain the raging covid epidemic have taken a toll of the economy, the government aggravated the crisis by deciding to completely ban the use of chemicals in agriculture at a cabinet meeting on 29 April.

While announcing the ban, Sri Lankan President Gotabaya Rajapaksa said he was abiding by the ‘Vistas of Prosperity and Splendour’ National Policy Framework. The document admitted that the use of chemical fertilisers has led to better harvests but has also contaminated lakes, canals and groundwater. The health sector, the President said, had pointed out that chemical fertilisers have led to a number of non-communicable diseases including chronic kidney disease (CKD). To be healthy and productive, people must have the right to access non-toxic and balanced diets, Rajapaksa said. Sri Lanka imported chemical fertilisers worth $400 million a year. With the ban, it would not only save dollars but could also become the world’s first organic-only state.

Agricultural scientists had criticised the decision. Writing in The Sunday Times in May, Saman Dharmakeethi  had predicted it would cause loss of forests and a food crisis.  The proponents of organic agriculture said that in the long run there would be no loss of yield and even an increase in productivity as compared to chemical agriculture. The professor disagreed. Three scientifically rigorous meta-analyses, he said, of organic versus conventional crop yield comparisons published in the last few years showed yield reductions across all crops of about 10-25 percent in organic agriculture. Dharmakeerthi is professor of soil fertility and plant nutrition at the faculty of agriculture, University of Peradeniya in the city of Kandy.

It is important to place in context the role of compost or farm yard manure (FYM). They are rich in micro-nutrients. They improve the texture of soil and its water retention capacity. They also nurture beneficial soil microbes. So FYM has to be used in conjunction with chemical fertilisers to provide high-yielding plants the nutrients they need.

According to reports, Sri Lanka tea production is likely to suffer owing to the government’s policy. The country produces about 300 million kg of tea. It earns about $1.25 billion from tea exports. The output of pepper, cinnamon, vegetables and staples like rice is expected to be crimped.  Sri Lankan farmers have been protesting the ban. On 3 August, the government allowed imports of certain fertilisers for select users but denied a reversal of policy.

Organic agriculture being low-yielding is land intensive. The crops may be resilient but they cannot feed a growing population when cultivable land is shrinking.

Ideologically motivated farming fads imposed by dictatorial regimes have wreaked havoc. In China, the collectivisation of agriculture and the Great Leap Forward in the late 1950s to match Britain in steel production (by melting pots and pans in barnyard furnaces) caused famine and deaths on an industrial scale.

In Soviet Russia, Tromfin Lysenko promoted the idea that environment shapes plants and animals. In charge of agriculture under Stalin in the 1930s, he had a disdain for genetics and also forbade the use of fertilisers and pesticides with catastrophic results.

In India, we should be wary of cranky agricultural ideas like Zero Budget Natural Farming and chemical-free agriculture that have received official backing.