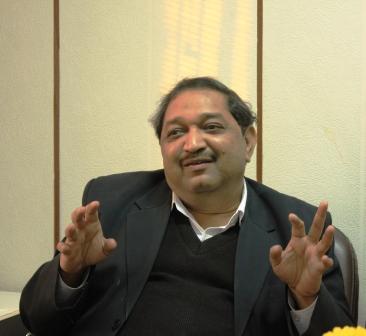 Though genetically-engineered crops hold great promise for India and can transform its agriculture, the government has withheld approvals for all except Bt cotton, which was permitted for commercial cultivation in 2002. S Raghavendra Rao, advisor in the Department of Biotechnology (DBT) says India’s risk assessment process meets international standards and protocols. The rules were framed in 1989 and came into effect in 1993. To win over public trust he concedes there is a need to make refinements on the lines suggested by the previous (fifteenth) Lok Sabha’s Standing Committee of Parliament, and the Technical Expert Committee advising the Supreme Court on regulation of GM crops. The bill to set up an independent biotechnology regulator will take time in getting approval, so a bio-safety unit is being set up with about thirty scientists, half of whom have been recruited. Outreach is another inadequacy that will be addressed, says Rao. For this, the department of biotechnology is taking the help of the United National Environment Programme. Rao admires the Australian regulator for its transparency and would like India to emulate it. A contract has been given for a portal where documents and comprehensive information on GM crop tests and approvals will be posted.
Rao has been associated with DBT since 1989. He is currently member-secretary of the Review Committee on Genetic Manipulation, which sits at the apex, along with the Genetic Engineering Appraisal Committee. Here is an interview with Vivian Fernandes.

Vivian: Why is there enormous opposition to the cultivation of GMOs despite the success of Bt cotton?

S R Rao: There are three issues: (a) regulatory framework and safety assessment (b) ownership of material (c) farmers’ access to these materials. Currently, India’s safety assessment system is very robust. It is comparable to anywhere in the world. But there is always room for improvement.

The TEC committee constituted by Supreme Court says there should be reforms in the regulatory framework. There should be transparency and predictability. Information regarding what risk has been assessed, should be available. The system of evaluation and risk assessment etc should be at one clearly visible place.

Lastly, there are issues beyond science, which are broadly covered under agriculture policy. These are about affordability, price, access, (open pollinating) varieties versus hybrids, state versus central registration of new varieties and those issues. Technology is socio-economic neutral. Even if it is safe, we have to adapt it to our agriculture and farming requirements by integrating it within the existing rules, regulations, cultural practices and agronomy. That is the challenge.

Question: The panel set up by the present government, headed by former Cabinet Secretary TSR Subramanian, says the environment ministry must play the role of the devil’s advocate because other ministries, like agriculture, may been keen on promoting GMOs. It also says there is a possibility of genetic contamination given the small size of Indian farms. It asserts that there are no independent expert agencies in the country that can take an objective view.

Answer: Globally, the regulations are implemented either by independent legislation or annexed to a particular legislation. We were the earliest to have legislation on GM products compared to Asian countries, even many developed countries. We happened to annex our regulation to the existing Environmental Protection Act which was passed in 1986. Under that we put GM product regulations in the rules 1989.  Even today, when you look at the definition or articulation of any of the issues in terms of decision-making powers, statutory powers or liability redress, rules 1989 have lived up. They have done a good job. But biotechnology is becoming complex, the subject of safety assessment has become complex. Therefore, I agree there is need for an independent, regulatory agency which is science-based, autonomous and highly-credible. In the previous Lok sabha, the Biotechnology Regulatory Authority of India bill was introduced but it has lapsed.

Q: Even the BRAI bill was opposed by some NGOs?

Answer: Those could be discussed in a parliamentary forum, once new bill is tabled.

Question: When you talk about independence does where it is housed makes a difference?

Answer:  There should not be anybody who is influencing its decisions. It should have the infrastructure, the human resources, notified laboratories and an accredited system of assessment.  Just like Australia which has a Gene Technology Act and an Office of Gene Technology regulator (OGTR). Although the office is very smart, it has different divisions to give a holistic independent view. It takes the view of advisers and independent scientists. Everything is available on the Net and anyone, including the public, can comment.

Q: How does the Genetic Engineering Approval Committee fall short?

Answer: GEAC is a committee. It has no larger secretariat.  RCGM (Review Committee on Genetic Manipulation) is another committee. Since the bill will take a longer time we are now establishing a bio-safety support unit with about twenty to thirty scientists to make risk assessments. Already fifty percent have been recruited. So this is going to be a huge risk assessment outfit. It was also recommended by SAC (scientific advisory committee) to the PM earlier.  The same has been promised in the affidavit given to the Supreme Court (which is hearing a writ petition filed by Gene Campaign for improvement in the regulatory system for GMOs – ed).

Q: Will the Biotechnology Regulatory Authority be part of the department of S&T or Environment?

Ans: It is an independent body like TRAI (the telecom regulator). It will get a budget from Department of Biotechnology or elsewhere. It will be independent in the sense it will have its own oversight mechanism and an inter-ministry board to recommend the budget.

Question: The scientific community is divided on the issue of GMOs.

Ans: This factor will remain. The Australian regulators told me that only eight percent of people said in a survey that they knew of the existence of an independent regulator.  How many people in India know about rules 1989, how many people know there is a system for risk assessment of GM crops. We have seventeen labs as good as the good ones in the world to do any toxicological tests. We do service to some of the FDA (US Food and Drug Administration). There are many influences; stakeholders have different attitudes. It is not enough to give facts. The person who is receiving the facts has to appreciate and accept the facts. That is the challenge.

Q: Is it a failure of the outreach of your own department?

Ans: I do admit that our outreach is less. It has to be intensified. And it should not be reactive. Towards this the environment ministry is implementing through UNEP –GEF (United National Environmental Programme – Global Environment Fund) a communication strategy. It gives access to international experts. Putting a mike is not communication. There is a gap filling strategy, a value added strategy… One of the things we learnt is that the regulatory website should have as much information as can be shared. That itself gives a lot of confidence.  You can ask a scientist to pin-point a problem and to not generalize.

We are revisiting the risk assessment process. It will be made more stringent, more transparent and visible.  Our process already meets best international standards. As for public engagement, it can be of two types. We can put all data on the website. This was done in the case of Bt Brinjal. The other is for  ministers to go to the street and meet people. In places like Australia, public engagement is done before commercial release takes place. The regulator releases a huge risk assessment report. It runs into many, many pages. If you go to the OGTR website you will see hell of a lot of documents. That kind of documents we will need. In four months time we will have that volume of information. We are making a bio-safety knowledge portal.  It will replace the Indian GMO Information System.

Q: How does it happen in the United States?

Ans: The US has three types of bodies (a) USDA (US Department of Agriculture for agricultural pests and pesticides), (b) the EPA (Environmental Protection Agency) (c) and  FDA (food and drugs).  It is different from Europe. The US is concerned with product safety regardless of the process followed. Europe is process-oriented. Even if the final product is non-GM, if the process is GM, it is not allowed.  If you read our rules 1989, we are both process- and product-based. In our regulation nothing is left to doubt. Everything is covered. Even if you change the technique beyond current GM products – such as gene addition, deletion – or new plant breeding techniques, while the world is debating whether to regulate or not, in our rules it is covered in the definition, even if the end  product is not GM.

Q: Should there be labeling?

Ans: What we are seeing is a debate on first-gen transgenics. In future, with new plant breeding technologies, the product will have no foreign gene, no marker, nothing even where the process is genetic engineering. Product is completely non-GM. You cannot even prove that it has come from genetic engineering. What do you label there? What will the detection labs detect when the antibiotic marker, nothing will be there? There is SPT (seed protection technology) rice technology, for example. There are mega-nucleases which are being used. We had a conference on these technologies in Jaipur, on plant breeding technologies. Globally, people are debating the regulation of these techniques.

Q: Are you hopeful of more GM crops being released for commercial cultivation?

Ans: You see most of them are in the pipeline. To generate the data you need field trials. Between 2011 and March 2014, no field trials were approved because of some factors. In 2014 when there was a change in the ministry (Veerappa Moily took over the environment ministry) field trials were approved. But all these field trials are subject to non-objection certification by state governments. So some state governments have a mechanism to provide the NOCs like Haryana, Gujarat and Punjab. Some people are saying, ‘Supreme Court case is pending’. In all six crops have got NOCs (maize, mustard, herbicide-resistant cotton, brinjal, and one more. In future, the process for obtaining NOCs should be streamlined.

More than 95 percent of trials are conducted in state agricultural universities under the supervision of scientists.  People are spreading all sorts of news about trials being done in farmers’ fields. Only five percent are either done in company premises or in institution premises where developer is involved. Some one percent in the past (2007-8,9) they were given permission to do field trials in farmers fields based on long term trials because to do one field trial you need up to five acres of land, although your patch is not even one tenth of an acre, because you have to isolate from other crops due to pollen flow and so on. After 2007 court verdict standard operating practices, field trial guidelines for each crop and food safety guidelines have been drafted. Most of the companies comply. The format for monitoring is in place. Anyone from abroad who is presenting his material will  feel our system is stringent yet not different.

Q:  How independent and reliable is the risk assessment.  There is talk of conflict of interest.

Ans: There is no independent view in regulations. Safety is not an independent view. Safety is a consensus view. It is based on peer-reviewed research articles which is at least seen and acknowledged by a group of eminent scientists. An independent person giving a view is not a view. It is his opinion. So there is no independent risk assessment. Independent means free of political biases, free of private sector influence and conflict of interest. That is the correct view. A personal view cannot be a view. Because safety science is multi-disciplinary. You have to understand toxicology, agronomy, pathology, non-target organisms, microbial diversity, entomology, physiology, composition, biochemistry, nutrition.