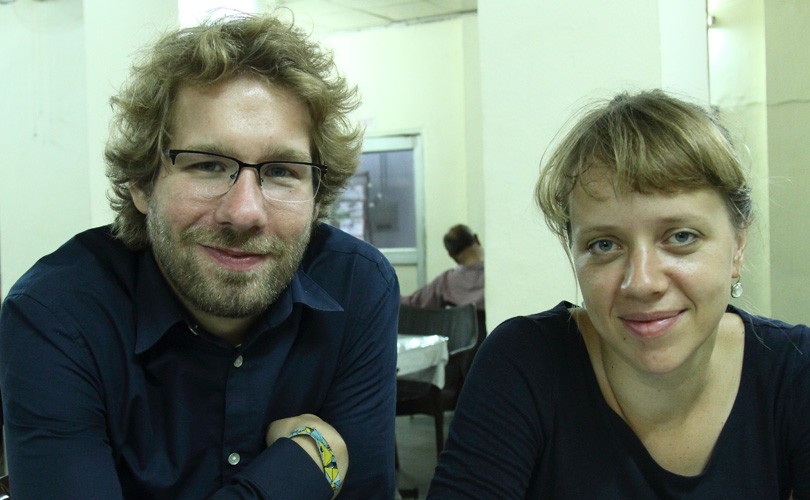 Machine learning and artificial intelligence helps Plantix, an app, to detect causes of plant damage from optical patterns. The German start-up PEAT wants more Indian farmers to use it so it can get better. At the very least, the app is a library on fingertips of plant damage due to pests, diseases and deficiencies reports Vivian Fernandes. This article was first published in www.yourstory.com.

An application based on artificial intelligence and machine learning developed by a bunch of young Germans fresh out of university could disrupt call centres providing ‘agvisory’ services and perhaps even enhance them. But first let me take you to one such call centre set up by a multinational corporation which is in the seeds and weedicide

It is mid-morning. Lalan’s tomato crop has been afflicted by early blight. The farmer from Madhya Pradesh’s Satna district calls a number. It is picked up by an adviser at a highrise in Malad, a Mumbai suburb. Lalan complains he has applied copper oxychloride without effect. The adviser asks him whether he has sprayed the plant on both sides. He suggests mancozeb, a fungicide, instead. The farmer says the fix is effective but not available. Try chlorothalonil, the adviser tell him. ‘I can spell it out for you or you can call me from the shop,’ he offers. He advises Lalan to be quick about it because blight is contagious.

Lalan had called before, so the screen prompts his details. The tomato crop is 44 days old. Lalan is advised to spray calcium nitrate to initiate flowering and also give bamboo supports to the plants.

The agent is Pravin Mane, a graduate of agricultural sciences. He has been at the job for three years. On the day of the visit, there were thirty of them on the phones out of a total of forty two.

A farmer from Nalajhar village in Chhattisgarh’s Bastar district is next on the line. He calls about ‘Sardar’ brand tomato seeds. Mane says he cannot advice on non-company brands.

Jethuram Markham wants to know why the leaves of his maize crop are reddening. ‘Phosphorous deficiency,’ Mane tells him and prescribes a foliar spray.

A Marathi caller seeks advice about his cotton crop. The screen prompts adviser Sachin Bhosle that the caller is Vijay Devaji Hulke of Seraj Khurd village in Korpana of Chandrapur. Bhosle is also a B.Sc in agriculture and has been seven months into the job. Hulke has 22 acres, and the soil is heavy or clayey. He has five acres under cotton and the first call was made on 14 June, 2014.  Hulke, the screen says, has been calling regularly about fertilizer management, pest control, nipping and plant rejuvenation.

In the tough marketplace of the seeds business, companies realise that they can retain a lead over rivals only if the technology they have embedded in seeds is translated into yields in farmers’ fields. The technology development manager, who has set up the ‘agvisory,’ says the company will succeed only if farmers succeed.

Though seeds decide how much a plant will yield and whether it can resist pests, fight diseases or thrive in adverse weather conditions, they cannot deliver on their potential if farmers do not plant them at the right time, neglect proper spacing, misalign nutrient supply with stages of growth, ignore preventive measures or fail in taking curative action should there be a pest and disease attack. It is not just the genetic make-up of plants; their nurture also determines the quality and volume of output.

The service had been accessed by four million farmers since 2010, without advertising, just on the basis of word of mouth. That attests to the credibility of the service. ‘The backend advisory tool we have developed is the Bible on corn,’ said the India-region CEO. The value of the advisory depends on how relevant it is to farmers.

But such kind of services are likely to be disrupted ─ or enhanced ─ by an app called Plantix.net developed by seven Germans who are just out of University of Hannover. By uploading photographs of plant damage, one can get to know the cause and the likely remedy. Currently some Indian agricultural universities offer such remote diagnostic services but they rely on experts. Plantix is unique in that it deploys self-learning algorithms to detect and recognize optical patterns in photographs of plant damage caused by pests, diseases or nutrient deficiencies. ‘You can get the results in seconds,’ says Charlotte Schumann, one of the co-founders of the start-up called Progressive Environmental & Agricultural Technologies (Peat), which was set up in 2015. She is a Ph.D in anthropology. Her colleague Alexander Kennepohl has specialized in geo-data management and plant pathology, while the Chief Technology Officer, Robert Strey is into artificial intelligence.

Charlotte and Alex were in India for five weeks to seek collaborations with Telangana University and the Indian Council of Agricultural Research.  Peat has an arrangement with Icrisat, the Hyderabad-based international institute for research in crops for semi-arid tropics.  It sees India as a big user of its services, which it would like to offer in local languages.

Plantix.net has a database of 60,000 pictures, says Alex. It can detect about 50 diseases. The target is to have a library of 200 diseases and deficiencies that would cover most of the afflictions of interest in the target geographies.   There are about 2,000 users in India, ‘but what is 2,000?’ asks Charlotte. They want more farmers to plug in as that would enrich the database.

While the application is being offered free, there could be licensed customisations for groups, commercial or non-profit, engaged in various slices of agricultural activity. Farm management could be a spin off, as also weather advisory services.

The start-up is looking to collaborate with bright minds in India. It got a one year grant from the German government and is now in the seed funding stage. A lot of VCs are interested, says Charlotte, ‘so we are in the good position of having to choose.’

Mohan Kumar, a young agronomist of online grocer BigBasket who engages with farmers in Mysuru said the app is useful for field workers like him and also to farmers if they can handle Android phones. Based on photos uploaded, the app gives a list of probable causes, rated for relevance, but does not pinpoint any one.

This was also the observation of Sudhanshu Kumar, a large farmer of Nayanagar in Samastipur district. Kumar said he had sent pictures of damage to mango leaves. The app said the most likely causes were phosphorous deficiency, Anthracnose of papaya and mango and dieback disease. All of them got 42 percent rating. Kumar decided it was dieback disease. So the app requires prior knowledge.  Kumar found the store picture facility helpful; it served as a record of diseases and pests in his farm. It also doubled up as a ready reckoner. Kumar also saw the app as a library of pest damage and diseases available at the finger tips.  He could refer to it and clear doubts. But to make best use, farmers would have to send pictures correctly – with proper lighting, focus and resolution. Overall both were excited with the app. We also asked the head of the agvisory service alluded in this story (Monsanto)  for feedback, but did not get a response.