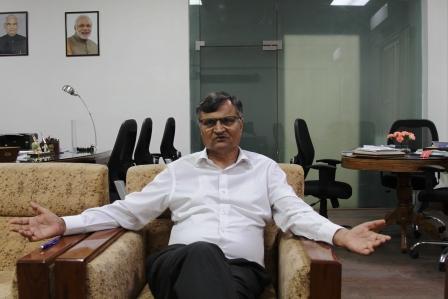 Markets or mandis regulated by state Agricultural  Produce Marketing  Committee (APMC) Acts can become competitive by reducing their charges (including commission agent or arhatiya fees) to 1.5 percent of the value of the produce traded, writes NITI Aayog member Ramesh Chand in the Indian Express.

If the charges are reduced to this level trades will not shift away from the mandis because of the facilities they offer like aggregation of small lots at one place and reduction in logistical costs.

The aim of the central legislation, the Farmers’ Produce Trade and Commerce (FPTC) Act, 2020, which overrides APMCs Acts is to make the mandis competitive by bringing in private channels. The two can co-exist in a spirit of competition if the mandis lower their charges, Chand writes.

According to him, the “golden” period of the mandis was till 1991. Thereafter their services deteriorated and a larger share of the country’s agricultural produce was traded outside the mandis.

Chand says states have used the regulated markets as sources of revenue. In Punjab, Haryana, Rajasthan, Gujarat, Arunachal Pradesh, West Bengal and Uttar Pradesh, the total charges including commission varies from five percent to 8.5 percent, the highest being in Punjab, followed by Haryana.  He says the mandi fee and rural development charge on wheat and ordinary rice in Haryana and Punjab are four to six times (four percent and six percent respectively) the rate on basmati (one percent). This is because FCI procures wheat and ordinary rice for distribution through ration shops. These charges inflate the centre’s subsidy bill and the tab is picked up by the taxpayers of the country. Basmati rice is bought by private traders.

The charges vary from zero percent to one percent in nine states. It’s two percent in Madhya Pradesh and Tripura. There is no threat from the FPTC Act to the APMC mandis and their business in these states, Chand says, as private traders and sellers will get benefits commensurate with the mandi charges.

In Andhra Pradesh, Himachal Pradesh, Maharashtra, Uttarakhand and Telangana the service charge of the mandis is one percent of the value of produce. The commission varies from one percent to two percent.

The mandis in Punjab and Haryana will not be much affected by competition so long as the principal crops traded in them are wheat and rice and these are procured by the government. What Chand doesn’t say is that with the passage of the FPTC Act, FCI might procure from outside the mandis in order to escape paying high service charges and commission. Alternatively, the mandis will have to cut these charges.