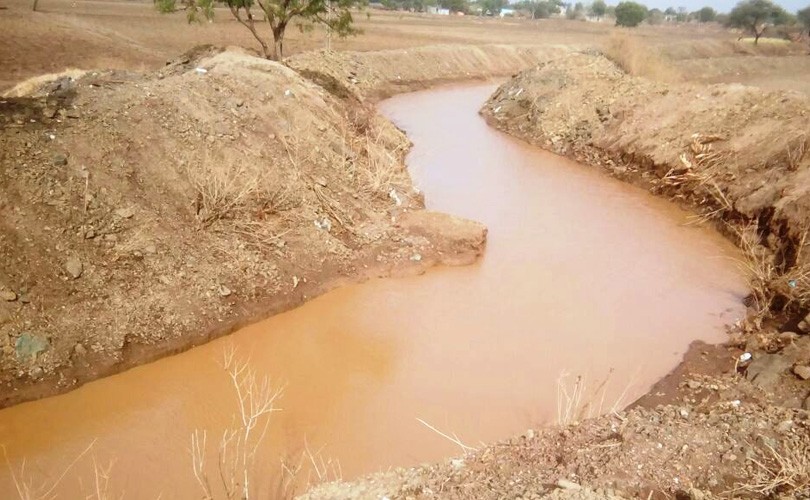 The India Pulses and Grains Association (IPGA), the apex body of traders in these commodities, has launched a water conservation project in drought-hit villages of Maharashtra’s Marathwada region. The project involves widening and deepening of riverbeds and nallahs in six villages of Bhokardhan taluka in Jalna district and three villages of Phulambri taluka, in Aurangabad district.  The intention is to capture rain water in riverbeds and allow it to percolate to underground aquifers.  This will not only raise the water table but also replenish dug and tube wells in the villages.

The Marathwada region has been hit by successive droughts in 2014 and 2015 so much so drinking water had to be hauled by rail to Latur city. Bimal Kothari, Vice-Chairman of IPGA said the association was focusing on Marathwada because it is a major pulses producing region and rainfall deficiency affects production.

The riverbed and nallahs are being deepened by about three metres in stretches of about three km in each village. In all, about four lakh cubic metres of mud would be excavated to create a storage capacity of 40 crore litres. With three infiltrations about 100 cr litres of cached water will percolate to aquifers benefiting about 1.5 lakh village residents, IPGA claims.

The project is one of many initiatives IPGA has planned as 2016 is the International Year of Pulses. It is conducting training programs for farmers in advanced agricultural practices with experts from the Indian Institute of Pulses Research, Kanpur, the International Food Policy Research Institute, Delhi and Hyderabad-based ICRISAT.

IPGA has also planned to roll-out projects across India to educate farmers in growing short-term pulses  as these require less water and do not affect soil quality.

(Top photo of a nallah widened and deepened in Pimpagaon Renukai village of Jalna district. Courtesy of IPGA)