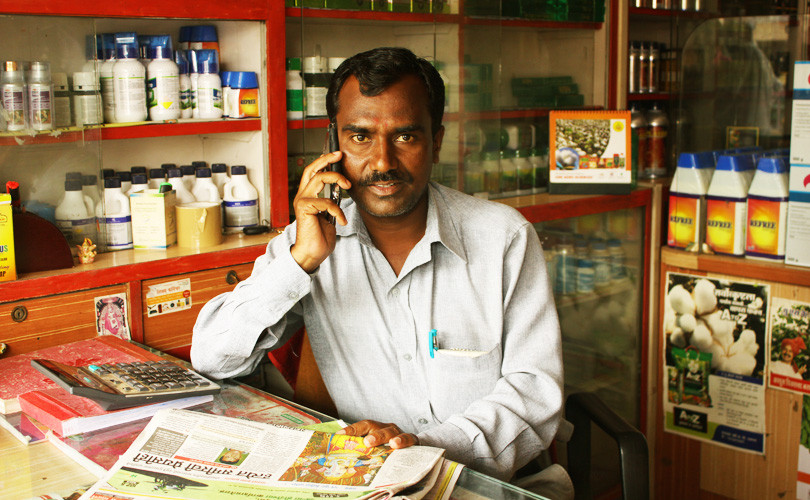 ‘Acche Din’ or happy days are eluding Monsanto. Before the cotton sowing season last year, Maharashtra reduced the price of Bt cottonseed by Rs 100 a packet to provide relief to farmers hurt by low cotton prices on account of China not importing the fibre. Some franchisees, including the biggest one, reneged on royalty payments and have succeeded in lobbying the government to bring Bt cottonseed under price control centrally. They are also pushing for Monsanto’s patent to be declared ‘standard and essential’ subject to FRAND (fair, reasonable and non-discriminatory) terms by invocation of the compulsory licensing clause in the patent act, reports Vivian Fernandes.

In a letter to Minister of State for Commerce and Industry Nirmala Sitharaman at the beginning of February, Prathipati Pulla Rao has said the ‘grant of compulsory license’ under the patent act ‘would ensure licenses to all desiring seed companies at reasonable license fee.’ By invoking the relevant provisions of the law, ‘more seed companies and even such companies which were closed down due to pick and select policy of MMBL (Mahyco Monsanto Biotech Limited, a JV of Monsanto) will once again enter cottonseed production and distribution. This will create healthy competition to the consumers’ advantage.’

Reddy says of the annual demand of 500 lakh cottonseed packets of 450 grams each, MMBL supplies only 30 lakh packets or six percent of the total.  According to him even this six percent share was not achieved last year.

For Reddy this amounts to non-working of the patent and a ground for government intervention. (MMBL actually has 49 licensees of Bollgard II technology. They in turn have sub-franchisees. Last December it terminated the licenses of its biggest franchisee, Hyderabad-based Nuziveedu Seeds and its subsidiaries, Pravardhan Seeds and Prabhat Agri Biotech, for non-payment of Rs 160 cr in trait fees. According to Indian Express’ Rural Affairs Editor Harish Damodaran the sale of Bt cottonseed has increased from 1.05 lakh packets in 2002, when it was first approved, to 500 lakh packets in 2015).

The termination of licenses just before the commencement of the season (February/March) could have ‘a disastrous effect resulting in seed shortage, says Reddy. For him this is ‘ample evidence of arbitrariness and domineering behaviour of Monsanto without caring for the interest of the farmers.’

Reddy says Andhra Pradesh brought Bt cottonseed under price control in 2006. Though it fixed the trait fee for Bollgard I at Rs 50 a packet and Rs 90 a packet for Bollgard II, MMBL continued charging higher rates on the basis of court injunctions.  Currently, he says, Monsanto charges Rs 40 as trait fee in China but the rate is Rs 163.29 without taxes in India. For Reddy this is a clear violation of government orders ‘through abuse of patent rights.’

Reddy finds little difference between Bollgard I (with a single insecticidal gene) and Bollgard II (with two genes, approved for cultivation in 2006).  Monsanto introduced the latter in 2009 because the pink bollworm had developed resistance to the former. But Reddy says Bollgard I is still effective against the American bollworm, spotted bollworm and army bollworm. The detection last year of  pink bollworm’s resistance to Bollgard II in some parts of Gujarat and Maharashtra  is proof for Reddy that Bollgard II has become ‘obsolete and useless,’  and reason for farmers to be exempted from paying royalty or trait fees.

Reddy holds Bollgard II’s popularity against it. He says farmers are compelled to sow it against their wishes. If they do not, bollworms repelled from Bt cotton fields will invade their fields and destroy the crop.  He says the 90 percent plus coverage of cotton acreage with Bt seed has resulted in ‘a complete destruction of original germplasm.’  Indian farmers have switched from native varieties like Gossypium herbaceum and Gossypium arboreum to Gossypium hirsutum or American cotton because Bt technology, according to Reddy, works only on it.

(According to K R Kranthi, Director of the Central Institute of Cotton Research (CICR), Nagpur, the British introduced American cotton in 1790 as it was suitable for their ginning and spinning mills. But they did not succeed in converting India to it. In 1947, when the British left, 97 percent of India’s cotton acreage was under American cotton. Though Indian varieties evolved over millions of years, are sturdy and adaptable, and yielded prized calico and muslin fabric before the industrial revolution, Kranthi says, Indian scientists declared them as inferior and coarse and focused efforts on improving American cotton. They did what the British could not. In 2000, before the introduction of Bt cotton, 28 percent of India’s cotton acreage was desi. Today it is 0.5 percent. Even Suraj, the save and sow seed variety of CICR is American cotton! -Editor).