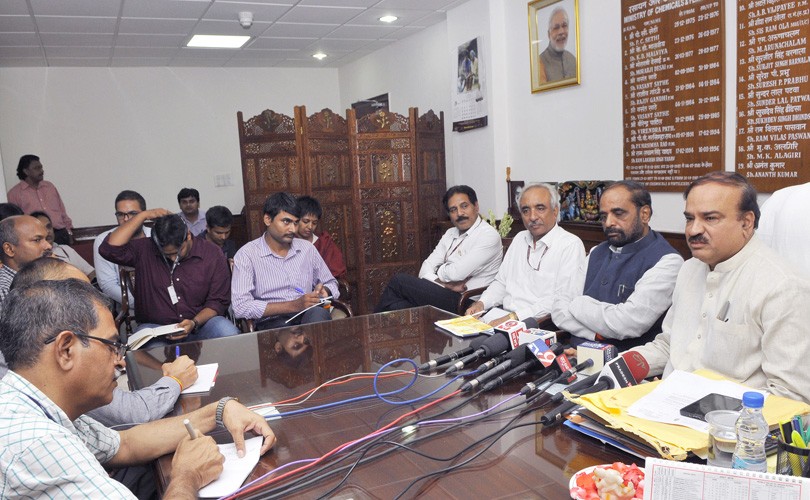 The prices of Di-Ammonium Phosphate (DAP) and Muriate of Potash (MoP) were decontrolled by Manmohan Singh as finance minister in his reform budget of July 1991. Urea prices were raised by 40 percent but had to be rolled back by 30 percent following an outcry. Recently, union chemicals and fertilizers minister Ananth Kumar announced that fertilizer companies have ‘agreed’ to cut prices of DAP and MoP by Rs 2,500 and Rs 5,000 a tonne respectively.

The Indian Express in an editorial termed this as yet another instance of the government’s anti-reform moves in agriculture.

Except for state-owned companies ─ National Fertilizers Limited and Rashtriya Chemicals & Fertilizers ─no company is willing to oblige, reports the paper’s Harish Damodaran. He adds that the two companies are urea producers; they recently imported 86,000 tonnes of DAP, which is a fraction of the 10 million tonnes India consumes annually.

India imports 30 percent of its DAP requirements and 100 percent of potash. DAP is the second most consumer fertilizer after DAP.

The Express says the government must carry forward Manmohan Singh’s reform of 25 years ago by decontrolling urea as well and give a flat per-hectare subsidy. Farmers can decide how much of what fertilizer to use. This will allow  balanced fertilizer use, unlike the current situation where farmers use more of cheap urea, damaging the soil.

But implementing a flat subsidy is not easy because rural land records are in a mess. Giving the subsidy to cultivators who have leased in land is also problematic, as leases are not usually on paper. But a beginning can be made.