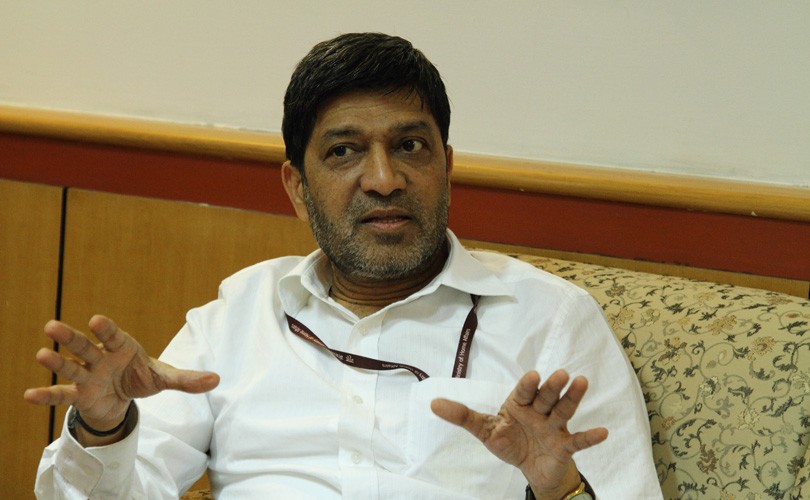 Additional Secretary Ashok Dalwai finds attitude of states helpful for agricultural marketing reforms but does not commit on fiscal incentives to push them into adopting new law, reports Vivian Fernandes

The union agriculture ministry will nudge state agriculture ministers to adopt the new model Agricultural Produce Marketing Committee (APMC) Act with its emphasis on private markets, contract farming and commodity trading on a countrywide electronic platform at their meeting on 24 April.

Additional Secretary in the agriculture ministry, Ashok Dalwai said there was a “greater realization” among states about the need for agricultural marketing reforms  which they felt were a “perquisite for high growth,” but he did not explain what had brought about the change of attitude, and whether fiscal incentives would be given to persuade them to adopt the model act,  as in the case of power distribution reforms.

Dalwai acknowleged that states had been tardy in adopting the 2003 model APMC Act, and even those that had legislated it had not taken steps to effectively implement it. States like Punjab did not want to let go of the regulated mandis  because of the huge tax they collect on wheat and rice procured through them for rationing. There was also pressure from the politically powerful constituency of commission agents and traders to go slow.

Dalwai said agricultural marketing reforms after legislation of the 2003 model act were “not robust.” They were “patchy, not liberal or progressive.”  The new model act would address those issues. The government was keen on creating a national agricultural market, so the laws and rules could not be restrictive.

Giving a report on the progress of the electronic-National Agricultural Market (e-NAM), the electronic trading platform that connects mandis across the country, Dalwai said 417 of them had come on board. Sixty-nine notified commodities were being traded. In the year to 10 April, 5.9 million tonnes had been traded online worth Rs 15,000 cr. (At Delhi’s Azadpur mandi alone 2.5 million tonnes of fruits and vegetables were traded in 2015-16).

Dalwai said the government had the following objectives for marketing reforms: (a) promotion of private market platforms in addition to the existing government regulated ones. He said Maharashtra had 41 private markets, Gujarat 25, Karnataka six and Rajasthan eight. (b) Direct marketing of produce between farmers and bulk buyers like exporters, processors and wholesalers or between producers and consumers (c) single point levy of market fee (d) single state-wide trading license (e) online trading and (f) contract farming. In addition, it wanted fruits and vegetables to be deregulated so farmers could sell them outside regulated mandis.

For this, the government was incentivizing mandis  with grants to install cleaning, assaying, grading and packaging facilities so that traders could buy and sell without physical inspection of commodities. Dalwai admitted that India did not have a strong commodity gradation system but  “tradable parameters” like ‘average’, ‘good’ and ‘better’ quality had been laid down for 69 commodities. The hope was that once farmers got used to producing to these parameters, they graduate to producing higher quality.