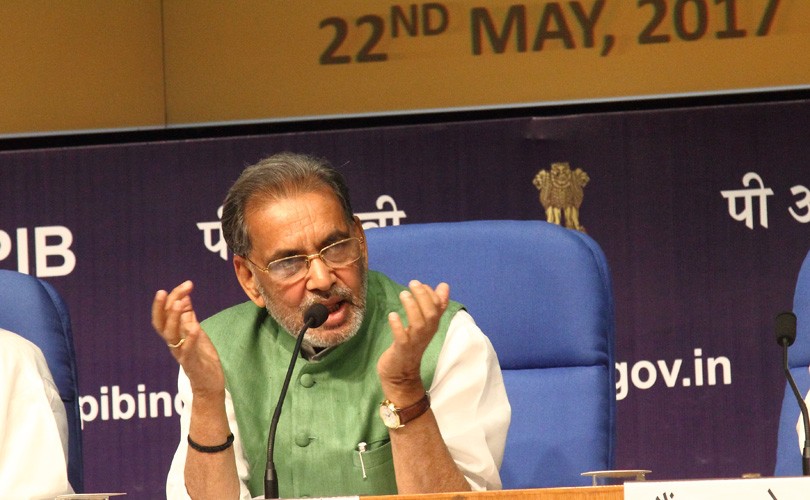 Vivian Fernandes reports that Additional Solicitor-General Tushar Mehta wanted to make a voluminous submission to the Delhi High Court on why the patent act which gives licensing and pricing freedom to developers of genetically-modified plant traits should be superseded by the plant varieties protection act. (This article has been modified. In an earlier version we had said that the ASG had made written submissions and his views were those of the agriculture ministry. The earlier headline also said this. Actually, the court told the ASG to move an application and said the principal parties to the private dispute were entitled to a reply. It did not accept the submission on record. We stand corrected). 25 May Update: We spoke to a senior agriculture ministry official, who told us on a non-attributable basis, that the ASG’s opinion has not been vetted by the ministry and the ministry does not have reason to intervene in a private dispute.

The agriculture ministry is not reconciled to the grip which Monsanto has on the Indian cottonseed industry owing to the immense preference for its patented, genetically-modified (GM) bollworm-resistance traits. On 16 May, Additional Solicitor-General Tushar Mehta sought to intervene in a dispute between Monsanto and its biggest (now divorced) sub-licensee, Hyderabad-based Nuziveedu Seeds. He reportedly made a mention in court that he wanted to file a  written submission, but the court, reportedly said he should move an application and the parties to the dispute would be allowed to reply. We did not obtain a confirmation from the ASG’s office.

The ASG believes that GM traits, if protected under the Indian Patents Act (IPA), can threaten the country’s food security. He asserts that Monsanto and its licensees having “got used to making huge profit at the cost of farmers… appear to be building up a case law under the IPA so as to excessively profit even in the future through monopoly” defeating the “intent of the government to regulate cottonseed under the PPVFR enactment.” He wants widely-used traits like Monsanto’s to be “Standard Essential Patents (SEPs) where everyone has got a right of access but not for free and has to pay as decided by the regulator.”

The ASG believes that “PPVFR Act is a complete code balancing the interests of all stakeholders like breeders, trait developers and farmers.” He is referring to the Protection of Plant Varieties and Farmers’ Rights (PPVFR) Act, which was enacted in 2001 to encourage farmers to conserve traditional varieties. These have inherent strengths. They are hardy, having been acclimatized to local conditions over many generations. Diversity is essential for food security.  With these objectives, the law gave conservers of traditional varieties a share of the gain, should these be commercially exploited, through the National Gene Fund to be set up and managed by the PPFVR Authority.

The ASG’s contention is that the patent act, as amended in 2002, has a list of exclusions. It does not allow plants and animals, including seeds, varieties and species to be patented. It excludes biological processes for production or propagation of plants and animals.

The ASG says GM traits like insect resistance or herbicide tolerance, or methods of inserting them into plants, can be patented. But once they are implanted, they become part of the plant and hence cannot be patented under IPA. Moreover, since the implanted genetic traits are passed on to subsequent generations through biological processes, a claim cannot be made under the patent act.

Nuziveedu Seeds made similar arguments against Monsanto before a single judge bench of the Delhi High Court. But in his order of 28 March, Justice R K Gauba relied on another section of IPA to uphold Monsanto’s patent on insect-resistant traits, which Monsanto claimed had been infringed by Nuziveedu. That section defines “invention” as a “new product or process involving an inventive step and capable of industrial production.”  The provision was inserted in 2002 so that patentees were not deprived of the reward for innovations based on skill and ingenuity and “above what occurs in nature.” The GM traits involve “laboratory processes and are not naturally occurring substances,” Justice Gauba averred. They are man-made and therefore do not fall within the ambit of exclusions in the patent act.

The gene which produces the bollworm-killing toxic protein in Bt cotton plants is obtained from a soil bacterium. But the natural isolate cannot be straightaway inserted into the cotton genome. It has to be modified for the plant to accept it. It also has components attached so that the production of the toxic protein is switched on and off at particular points in the life cycle of the cotton plant. This gene construct when inserted can locate anywhere in the plant genome. There are hundreds or thousands of possibilities. The production of the toxin, its potency, the crop yield, its quality, and other properties of the plant can be affected by the location of the insertions. Each of these insertions is called an “event.” The event chosen after screening, for patenting, would be the one that gives the best set of desired results.

Justice Gauba said the PPVFR Act is for plant varieties. A plant variety, he said, is the lowest rank grouping of plants, distinguished from others by one or more characteristics. Relying on the 1991 international convention on protection of plant varieties, he said,  a single plant, a  trait (like disease resistance or flower colour), a chemical or other substance (like oil or DNA), or a plant breeding technology (like tissue culture) do not meet the definition of a variety.

The ASG compares seed companies to breeders. As such, he thinks, they can freely use proprietary transgenic technology (say insect-resistance) to develop new varieties, even transgenic ones, under the PPVFR Act. They do not need permission of the technology developer (like Monsanto) for such activity. The breeders (seed companies) need to cross the variety containing the proprietary trait just once with their own varieties.  Such limited use is permitted by the law.  It would not need the developer’s permission or no objection certificate (NoC).

A NoC would be restrictive. It would go against the purpose of the PPVFR Act, which is to encourage farmers and breeders to develop new varieties. The seed companies can sell the new (transgenic) varieties for which they will have intellectual property protection under the PPVFR Act. The trait provider is entitled to be paid under the “benefit sharing” provisions of the Act. The PPVFR Authority will determine the amount. It will be paid from a National Gene Fund made up of contributions from sale of the varieties registered with it.

Repeated use of proprietary transgenic technology for commercial purposes, however, will be an infringement for which the trait developer can seek remedies prescribed under the PPVFR Act.

Justice Gauba was not impressed by similar arguments advanced by Nuziveedu Seeds. He termed benefit sharing as a “pot of gold at the end of the rainbow” because it depended on the breeders (seed companies) registering their varieties with the PPFFR Authority, which is not mandatory. Most seed companies, in fact, do not.

Agribiotech companies say benefit sharing is for farmers and conservers of biodiversity. It is not for GM traits which are manmade and developed in laboratories. They say the law makes a distinction between the subject matter of an invention and use of an invention. If the subject matter is a plant or variety, it cannot be patented under IPA, but inventions whose use lies in plants and varieties can be patented.

In May last year, the agriculture ministry tried to waive of patents for insect resistance in cotton plants through the Essential commodities Act. The draft guidelines were withdrawn within five days of notification.  It also brought GM cottonseeds under price control. It slashed the fees payable for bollworm-resistance traits (mainly to industry leader Mahyco Monsanto Biotech)by 70 percent, but farmers got only a 4 percent reduction in retail prices. The gain went to seed companies like Nuziveedu, Kaveri Seeds, Rasi Seeds and Mahyco. The ministry later appointed the founder and managing director of Nuziveedu Seeds as a member of the PPVFR Authority. His views on SEPs, the privileging of PPVFR Act over IPA for patenting of GM plant trait and the non-requirement of a NoC from the technology owner for use of their patented traits match those of the ASG. We do not know whether the agriculture ministry accepts his views as its own and whether it will be a party to the dispute between Monsanto and Nuziveedu Seeds. It is also unlikely that the Prime Minister will agree to PPVFR Act superseding IPA because it will be hugely negative for private R&D in agri-biotechnology.

(Top photo of Agriculture Minister Radha Mohan Singh at a press conference in Delhi to announce three years of his achievements.  Photo by Vivian Fernandes)