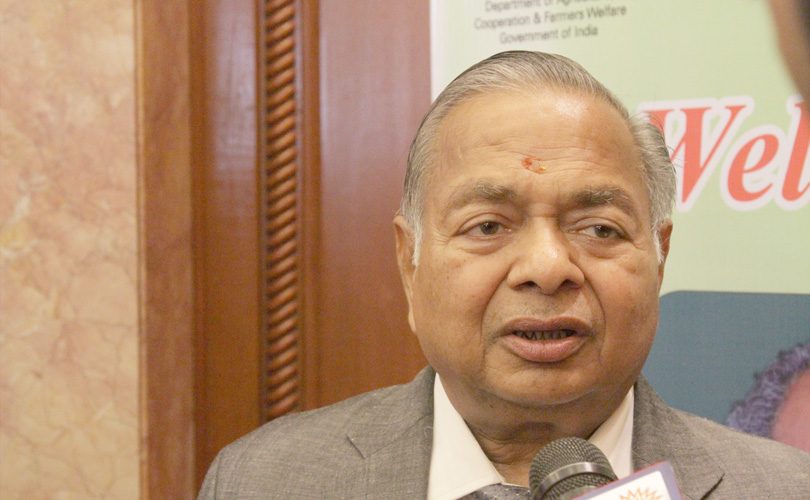 Welcome addresses at events organized by industry chambers are often gushing and laudatory of ministers and officials, but R. G. Agarwal, Group Chairman of Dhanuka Agritech was quite outspoken at an event on the role of agrichemicals in sustainable agriculture organized by the Federation of Indian Chambers of Commerce and Industry (FICCI) in New Delhi on 16 July.

Farmers were still not getting advice on the right technology to use. In his February 2007 budget speech, Finance Minister P. Chidambaram had referred to the role played in the 1960s by the World Bank’s Training and Visit programme in educating farmers in Green Revolution technologies. He had said the agriculture ministry would revive that programme with suitable changes in consultation with the states because the agricultural extension system had collapsed. But that proposal has not been implemented, Agarwal said.

More than 5,000 companies were registered with the Central Insecticides Board and Registration Committee but only 340 had provided export data. A science-based industry has become like a general merchandise business. Companies get registered, sell sub-standard stuff, vanish and re-emerge with a new name.  Registrations take 5-6 years when the time should not ideally exceed one-and-a-half years. Government testing laboratories did not have equipment or testing protocols. While spurious and counterfeit pesticides were being freely sold, the companies that abided by the rules were held liable even for small discrepancies.

Agarwal said ‘Make in India’ does not mean restrictions on imports or going back to the old India of high tariffs.

A camel thinks it is the tallest till it meets a hill, Agarwal said. It’s alright to have a target of $5 trillion for the economy but China has three times our GDP. The Chinese have not come from another planet, Agarwal said. We must get our policies right. In Punjab, Haryana and Western Uttar Pradesh, the government must discourage the cultivation of rice and incentivize that of pulses and oilseeds.  Water-saving drip and sprinkler irrigation must be promoted aggressively across the country. Agricultural markets must be opened up so that the huge gap between mandi and retail prices is narrowed.

Crop protection chemicals are being reviled but without them, the country would not have become food secure. It still loses a lot of crops to pests and diseases. According to agarwal. a study conducted by the Indian Agricultural Research Institute (IARI) has found that for every Rs 1 spent on pesticides, the farmers were getting an average payback of Rs 5 (and even Rs 20 in case of some vegetables). There was little logic in taxing crop protection chemicals at 18 percent, fertilizers at 5 percent and seeds being tax-free. The rates should be uniform for all agricultural inputs.

Agarwal said there can be no progress without science. It cannot be a matter of sentiments. When more prosperous countries and regions like Japan, Europe, Australia and the United States were using much more quantities of crop protection chemicals than India, where is the need for Zero Budget agriculture, Agarwal asked referring to Finance Minister Nirmala Sitharaman’s budget announcement of shifting farmers to zero-chemical agriculture.