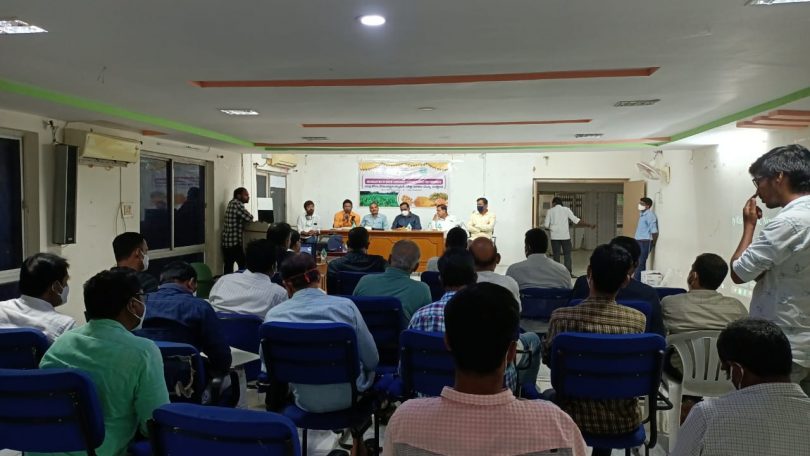 On August 30, Telangana’s Nizamabad agricultural mandi inaugurated an instant curcumin testing facility. Punjab-based AgNext Technologies which developed the solution, says the test takes a few minutes. The Spices Board of India offers the test for Rs 600 using a method prescribed by the American Spice Trade Association (ASTA) and it takes three days. AgNext’s founder and CEO Taranjeet Singh Bhamra says on the company’s website that it does such tests for Rs 50 to Rs 100.

There is a similar test to assess the capsaicin content of chilies which is as fast and inexpensive. The Spices Board test costs Rs 1,800 and takes four days.

Using near-infrared (NIR) spectroscopy and artificial intelligence (AI)-enabled data analytics, AgNext can do rapid and highly accurate qualitative testing of pulses, cereals, mustard, tea, spices, milk, and animal feed.  In association with the Tea Research Association, it has set up an AI excellence centre at the Tea Research Institute, Jorhat to improve the quality of tea by incentivising quality tea production. A digital device called Tragnext can quickly determine the fine leaf count of teas and their surface moisture without human intervention. That removes subjectivity from the assessments.

AgNext was founded in 2016. It has been lauded for innovations. In August it received $21 million in venture funding. The company intends to expand its footprint in India and the neighbouring countries, West Asia and Europe.

How about a device for measuring pesticide residues in fruits and vegetables? Middle-class consumers are anxious about the indiscriminate use of pesticides, though industry associations like Crop Care Federation say India’s poor farmers cannot afford to over-use pesticides and that India has among the lowest per hectare consumption of pesticides. Panda says the company is working on it. Crafting an accurate solution, he says, requires a large amount of reliable data, which is hard to obtain.

Indian farmers do not have an incentive to produce better. In the mandis they are paid for fair, average quality (FAQ). Quick assessments of the kind that AgNext enables can help farmers get higher prices for better produce and can, over time, lift the overall quality of Indian agri-commodities.