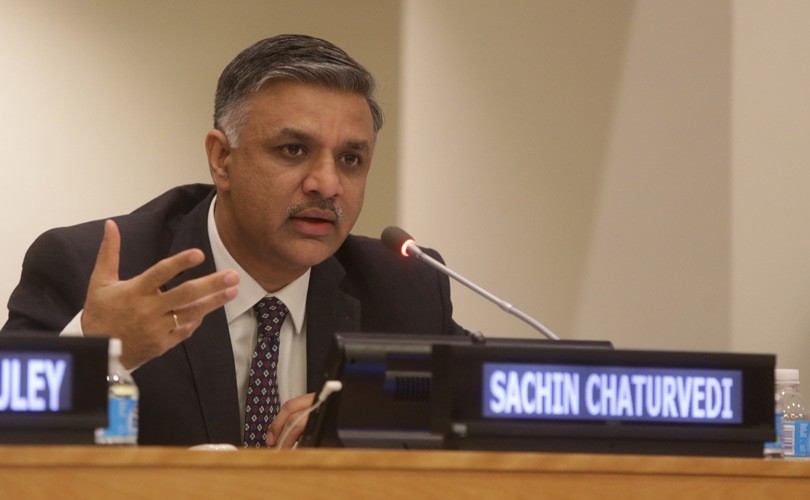 On 4 June, Research and Information System for Developing Countries (RIS) organised a round table in Delhi on intellectual property rights (IPR) in plants and seeds at the behest of the Department of Biotechnology. It was a limited invitee session. On the panel were Montek Singh Ahluwalia, former deputy chairman of the erstwhile Planning Commission, S R Rao of the Department of Biotechnology, Siraj Hussain, former agriculture secretary, Rakesh Dubey, Policy and Stakeholder Lead at Monsanto, M Prabhakar Rao, founder and MD of Nuziveedu Seeds, Suman Sahai of Gene Campaign, which is opposed to GMOs, R R Hachinal, Chairman, PPVFRA, Paresh Verma of ABLE-AG, which represents 13 agri-biotech companies and Arvind Kapur of Rasi Seeds. The context was the abortive move of the Agriculture Ministry on 18 May to set aside patents on Bt cotton, India’s only GM crop approved for cultivation so far, invoking the Essential Commodities Act. The waiver was suspended five days later in view of the repercussions it would have on investors in agri-biotechnology. RIS has summarized the points made at that meeting which we reproduce with gratitude. It is clear that the viewpoints of the participants did not intersect and they returned with the positions they came with, reports Vivian Fernandes.

(1) Representatives from the agri-biotechnology industry stressed the need for a predictable and transparent regulatory process. They cautioned against regressive regulation that would retard growth and innovation. The applicability of Indian Patents Act and Protection of Plant Varieties and Farmers’ Rights Act (PPVFRA)  to transgenic varieties was asserted. Concern was expressed at exemptions under the Act for breeders and farmers, as they weaken protection for intellectual property (IP). It had serious concerns about the guidelines (held in abeyance) issued by the agriculture ministry on the terms and conditions for licensing seeds containing genetically-modified (GM)  traits.

(2) A  regulator highlighted the time and cost involved in testing and approval of GM crops and pointed out that the public sector was an important player in agri-biotechnology.  The need for encouraging innovation and research was stressed.  Bt cottonseed pricing had been addressed by the central and state governments through price control orders, he said. It was pointed out that two GM traits — herbicide tolerance and insect resistance and their combination had been successfully commercialized in cotton, soybean, canola and maize, which are major GM crops world over. The processes and procedures for risk assessment and economic valuation of GM technologies were elucidated.

(3) A former policymaker emphasized the need to resolve uncertainties in decision-making regarding commercial cultivation of GM crops awaiting clearance from the Genetic Engineering Appraisal Committee (GEAC). Suggesting early resolution of regulatory issues, he argued that farmers needed more varieties and hybrids, both GM and non-GM, with desired traits.

(4) A representative of the Indian seed industry made a case for ‘Fair, Reasonable and Non-Discriminatory (FRAND)’ licensing of seed patents as in the telecommunications industry for what are regarded as standard, essential patents (SEP). Concern was expressed about the viability of small and medium seed companies which are struggling to survive.

(5) A regulator stressed the key role of PPVFRA and the Authority under the Act in regulating the registration of new  varieties and balancing the interests of breeders, seed companies and farmers. He pointed out that the seed industry had grown at an annual rate of 16 percent and was valued at Rs 16,000 crores. The Act gave importance to seeds developed by farmers that could withstand biotic and abiotic stresses. The PPVFR Authority, he said, promoted conservation of biodiversity. The rights of researchers over registered varieties were not unlimited. The Act balanced the interests of various stakeholders.

(6) Montek Singh Ahuluwalia cautioned against the use of Essential Commodities Act to fix prices of seeds. He argued that IP rights should be respected. The Indian Patents Act and the World Trade Organization’s Doha Declaration of 2001 allowed the government to intervene but not violate  IP rights. There should be no discrimination between Indian and foreign companies on IP and regulatory policies.The private sector needed incentives to bring in new technologies, he said.

(7) A former regulator pointed out that Essential Commodities Act dealt with quality of seeds. They should not be taken out of the  purview of the Act, he said.  Hybrids, being high-yielding, should be promoted rather than GM crops which enhance yield tangentially, either by eliminating damage by pests, or controlling weeds.

(7) An academic said the entrepreneurial role of the state  in promoting new technologies should not be underestimated. The Indian Patents Act and PVPFRA have enough built-in safeguards to protect the public interest, he said. GM technology, in his view, had not served the national interest well so far. He suggested the application of genetics to locally grown or adopted varieties with desirable traits.

(8) A representative from a civil society organization emphasized the positive features of PVPFRA. She suggested that instead of relying on GM technology India should develop drought-tolerant traits using indigenous varieties. GM technology was becoming obsolete, she said.

(9) Some of the participants  questioned the need for price control. Others supported it and cautioned against MNC control of the seed industry.